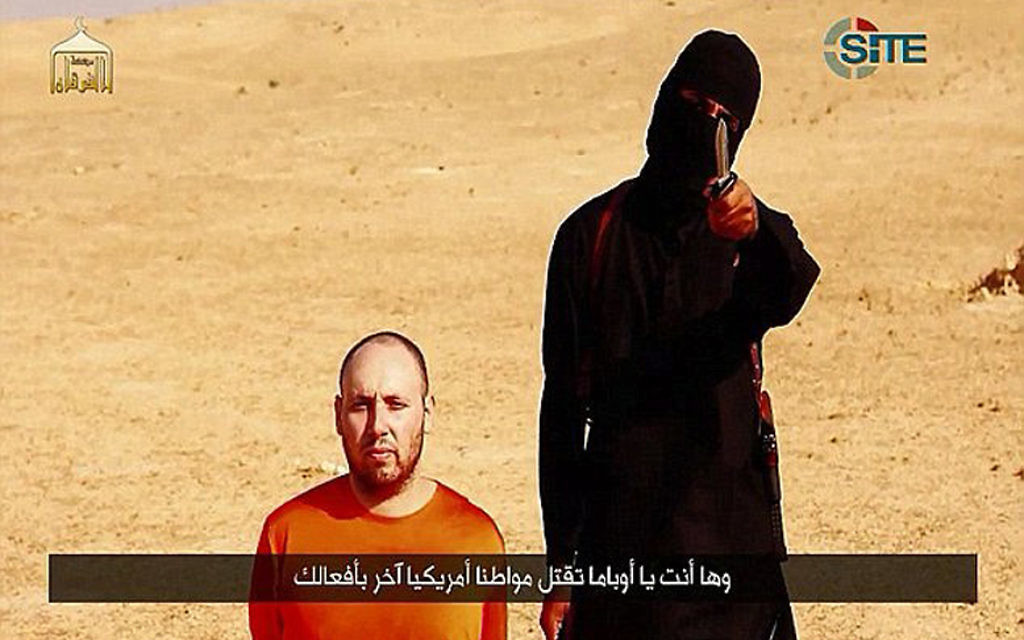 The family of Steven Sotloff, a Jewish journalist who was beheaded by Islamic State terrorists, has sued Syria in U.S. court.

The lawsuit filed Monday in federal court in Washington, D.C., claims the government of Syrian President Bashar Assad provided support to the terrorists who carried out the assassination of a kneeling Sotloff two years ago, The Associated Press reported. It seeks $90 million in compensatory damages, plus up to three times that in punitive damages.

It is not clear that Sotloff’s family, who live in Miami, would be able to collect money from Syria if they win the case, the AP reported, since it is often difficult to find assets that can be seized to pay off the judgment, which often involves large damage awards.

The suit was filed on behalf of Sotloff’s parents and sister.

Sotloff was kidnapped in August 2013 after crossing into Syria from Turkey and was killed on Sept. 2, 2014. The Islamist ISIS organization posted a video showing the beheading. American journalist James Foley had been similarly killed a month earlier by the Islamic State.

Syria is designated a state sponsor of terrorism by the United States. The Sotloff lawsuit claims that Syria is liable because it provided financial, material and military support to the Islamic State.

Sotloff, 31, was a native of Miami and grandson of Holocaust survivors who held dual Israeli citizenship. He made aliyah in 2005 and studied foreign relations at the Interdisciplinary Center in Herzliya, a private college. Sotloff reported from a number of Middle Eastern countries for publications such as Time, the Christian Science Monitor and Foreign Policy. He reportedly was planning to go to Aleppo, Syria, to report on the city’s humanitarian crisis.

On the anniversary of Sotloff’s death, his father, Arthur, told the Miami Herald that his son was a journalist in the Middle East who was “looking for the story of the people who were suffering there. He wasn’t reporting about anything else; he was reporting about the bread lines.”

Syria, which has previously been sued for terrorism-related claims in U.S. courts, has not yet answered the lawsuit.