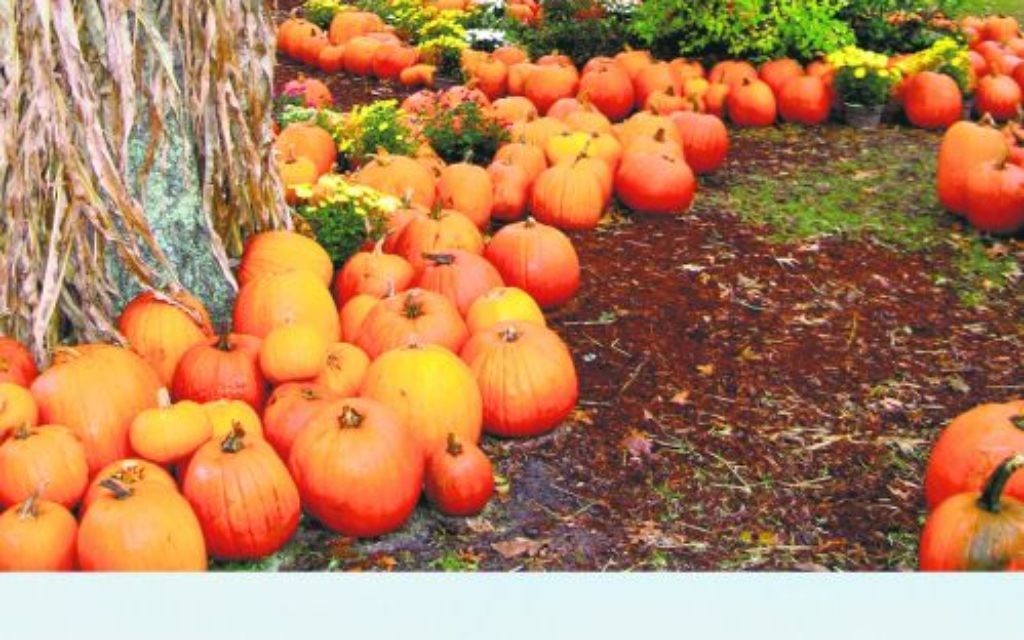 It was Friday of Labor Day weekend, and traffic was weirdly light as I sped through Providence, R.I., en route to Martha’s Vineyard. Cars were scarce as I approached the Cape Cod Canal; from there it was just me and pine forests all the way to Woods Hole.

About a decade ago, September and October came into vogue as the new July and August. But traffic on the Cape and the Islands has visibly diminished this September, even though the ocean is as warm as ever, the long afternoons just as golden and the blue skies as clear.

Everywhere I went during a recent visit, parking spaces awaited me. Dining rooms beckoned with a choice of waterfront tables, and beaches offered the kind of solitude you can only find once the kids are back in school.

Crowds or not, the Jewish New Year coincides with festive activities of all kinds on the Island, from the bustle of late-summer markets brimming with apples to the annual fishing derby. This year marks the unveiling of a groundbreaking film venue, a crop of theater premieres, a new arts lineup at the Hebrew Center, and fashion shows in a restored Island landmark.

When I landed, a slight chill was in the air and the boutiques along Edgartown’s North Water Street were readying sweaters and plaids for Martha’s Vineyard Fashion Week.

Nobody will confuse this event for Paris or Milan. But artisan craftsmanship has a long history on the Vineyard, as well as a signature aesthetic — a quirky mix of fisherman and prepster, with a good dose of retro chic — and local designers hail the chance to show their wares.

The main fashion shows are at Dreamland Ballroom, an historic space that re-opened this summer as the toast of Oak Bluffs. Like much of that Victorian-era town, the Dreamland was built around the turn of the last century. The restored picture windows look out over a scene largely unchanged from a century ago: gabled roofs, carved-wooden porches in shades of yellow and lilac, and the vintage carousel that is an Oak Bluffs landmark.

In the nearby harbor at Edgartown, the 67th Annual Striped Bass and Bluefish Derby is underway until mid-October. Crowds gather at the docks each evening to gawk at the weigh-in, where daily prizes confer bragging rights — gold, silver and bronze.

Some of those fish tales will be told over apples and honey at the Martha’s Vineyard Hebrew Center, where the 325-seat chapel is always full at Rosh HaShanah. Just a short walk from the ferry through the quiet lanes of backstreet Vineyard Haven, the Hebrew Center is an Island cultural hub as well as a spiritual home.

Alan Ganapol, president of the Reform congregation, said one-third of its 350 families live full-time on the island. But membership only hints at the true scope: in addition to legions of weekenders and part-timers, dozens of those attending lectures, concerts, and community activities like the cancer support group are not even Jewish.

For Ganapol, it all fits with the congregation’s holistic vision for an island Jewish center. “In my view, there is no topic that is not a Jewish topic,” he says of the summer lecture series, but the sentiment just as easily applies to the year-round programs.

After all, Ganapol says, while metropolitan shuls can rely on JCCs and arts centers as complements, the Martha’s Vineyard Hebrew Center has a broader mission by virtue of its location. Beginning this year, the Hebrew Center Arts Festival includes a compelling lineup of dance, classical and ethnic music, author talks, and artist forums.

While summer arts events tout bigger names, connoisseurs of the local and contemporary wait until after the crowds go home. The Island Theatre Workshop’s Pick of the Crop Festival, at the lovely Katharine Cornell Theater in Vineyard Haven, is a chance to see original one-act and full-length plays by local playwrights; this year’s dates are Oct. 18-20 and 25-27.

And film, long the neglected stepchild of the Vineyard arts scene, finally has a permanent home for those who cherish sophisticated cinema. After a decade of popular art-house and classics series being screened at rotating venues, the Martha’s Vineyard Film Society inaugurated its permanent home, the Film Center, at this month’s annual Martha’s Vineyard International Film Festival.

Tucked into a waterfront complex by Vineyard Haven Harbor, the Film Center is a refreshing addition to the scarce Island film offerings. There’s a beautiful art-filled lobby, a classy bar and a rooftop terrace with views over the water.

And since it’s after Labor Day, you won’t have to fight for parking.