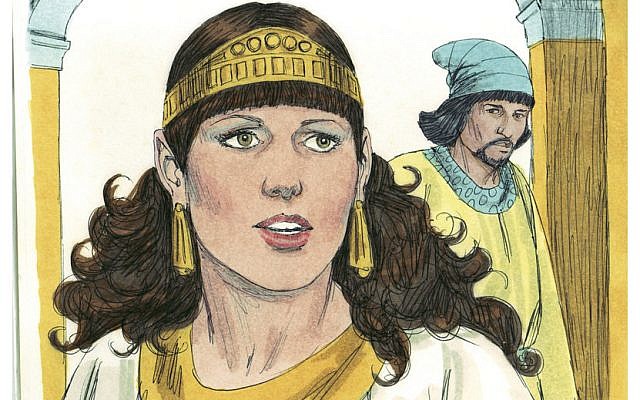 We all have fears. Whether they are big or small, they are there. They might have a constant hold on us, or we may easily forget about them and hardly notice them. Either way, they are still subconsciously in our minds, influencing us with everything we do. I think that it is time to change that.

I think it’s very important and fitting that we face our fears this month, as we celebrate the story of Purim. During this holiday, the heroine, Queen Esther, faced her fears. She was fearful to confront King Achashverosh and tell him who she was. Although Queen Esther did not want to reveal her identity as a Jew and ask for King Achashverosh’s help to stop Haman, she did it anyway. She fasted for three days beforehand and believed that G-d would help her through this. And He did. Esther confronted Achashverosh and, as a result, Haman was hanged, proving his plot to kill the Jews inefficient. Esther faced her fears and, and through her courage, the whole Jewish nation was able to survive.

Facing fears can be life changing, like in Queen Esther’s case, even if they may seem insignificant. Some people’s fears may seem trivial. One fear of mine is driving a car. If I don’t learn how to drive, it won’t be the end of the world. But it is an important life skill to know. Although I am a nervous driver, I still go to driver’s education and continue to face my fears every week because I know that I will eventually become a better driver and gain the confidence to drive alone on the road. People may think that their fear of public speaking or heights is trivial. But, it’s not. It is just life. Life presents us with challenges, and we need to learn to overcome them. So, yes, we should present that project in front of the class and, yes, we should go on that roller coaster. There is no way to move past the obstacle unless we tackle it head-on.

I face my fears because I know that if I don’t, they will only hold me back and prevent me from being my best self. Nothing in life should be able to stand in your way. Nothing should have the power to prevent you from being the best you that you can be. If we can confront it, we can learn from it. With fears, they may not seem easy to overcome, but it is worthwhile to attempt to. You will probably be scared, and it will be hard. I’m not going to sugarcoat it, it’s called a fear for a reason. But it is worth it to deal with that unpleasantness now to prevent you from needing to deal with it in the future. It requires practice and perseverance, but over time you will become more accustomed to it and will be able to tolerate it at a much healthier level. The feeling you will get after you face it will bring you so much joy. You will feel an overwhelming sense of pride and accomplishment. You faced something you struggled with and showed yourself that you were able to do it. Prove your fear wrong and show it that it does not control you.

Molly Feder is a junior at Hebrew Academy of the Five Towns and Rockaway. She is a Staff Writer for Fresh Ink for Teens.