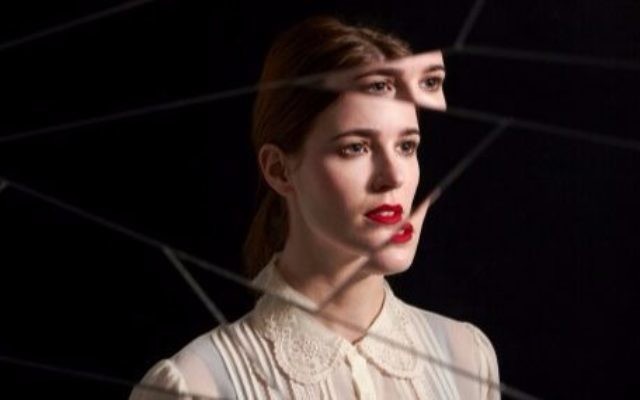 The tzniut requirements are getting stricter. Beis Yaakov pictures from the 1930s would be deemed unacceptable by that same school system in 2018. In Jerusalem, some ultra-Orthodox women walk around in burkas, while Jewish newspapers and magazines around the world give in to the trend of not printing photos of women, even if it’s just an image of their faces.

The French-Jewish philosopher Emmanuel Levinas located the face as the birthplace of the ethical relationship. When I see the face of the Other, I am presented with visual proof that they are a human being, just like me. This realization of their humanity brings with it a responsibility to respect them and to act ethically towards them. If I don’t see someone’s face, I’m not forced to recognize their humanity – or the ethical obligation that comes with it.

Thus, making the Jewish woman’s face verboten not only contradicts hundreds of years of Jewish tradition, but also sends the message that Jewish men don’t have a moral responsibility towards Jewish women.

When women are absent from the public sphere, their voices can’t be heard. That means they’re not part of the community, and no attempt is made to meet their needs – which is exactly the desired outcome of the male ultra-Orthodox establishment. But the problem goes even further.

Thus, making the Jewish woman’s face verboten not only contradicts hundreds of years of Jewish tradition, but also sends the message that Jewish men don’t have a moral responsibility towards Jewish women.

There is a disconcerting link between extreme tzniut attitudes and rape culture. You see, the logic behind the current tzniut craze is this: Men cannot be expected to control their sexual desires, so anything that excites them sexually must be kept out of sight. This is a dangerous attitude, because it follows that, if a woman who sexually excites a man is in sight, and he rapes her, he is not responsible. If men are unable to control their sexual desires, then they can’t be held accountable for their inappropriate sex acts. Halakhically his actions would be considered “ones,” forced into an action and therefore is not criminally liable. Ironically, ones literally means “raped”.

Now, we know that Judaism prohibits rape, including rape in marriage. But if you follow the logic that men are incapable of controlling their sexual desires, then when men see their wives in more intimate circumstances and with fewer layers of clothing, how can they be expected to lay their hands off her just because she has a headache?

If men are unable to control their sexual desires, then they can’t be held accountable for their inappropriate sex acts.

This attitude is raising a generation of men to be indoctrinated into rape culture. The self-expectation of being unable to control oneself can easily become a self-fulfilling prophecy, as well as an excuse. After all, if that’s how God created men, it’s not really their fault if they’re unable to control a sexual urge, is it?  How can we expect men to respect a woman’s right to consent if they do not believe they have the natural capacity to respect that right?

Excessively strict modesty laws put the moral responsibility on women to constantly be the ones to hide their bodies, instead of expecting men to control their thoughts about what they see. It is demeaning to men in that it essentially considers them incapable of freedom of choice – one of the basic qualities for being human. As a matter of fact, without freedom of choice, living a life of Torah and mitzvot is meaningless, since the entire religious value of these acts is that we choose to do them in order to serve God.

We are taking away their voices, but leaving the imprints of their bodies in the blank spaces in photographs.

I want to end with a quote from Pirkey Avot, 1:5 “Do not engage in conversation (siha) with a woman. This is said even regarding one’s own wife – how much more so regarding the wife of another.”

The nice Modern Orthodox interpretation is that the word “siha” means conversations that are silly and disrespectful towards your wife. But imagine that you take this literally and interpret it as meaning a husband and wife should never speak. In the name of modesty, you would be reducing the husband-wife relationship to a purely sexual one.

That is what is happening with tzniut today. In the name of modesty, we are reducing women to their sexuality. We are taking away their voices, but leaving the imprints of their bodies in the blank spaces in photographs. If one sees the essence of tzniut as not objectifying people, and recognizing them as human beings created in the image of God, then the tzniut craze today is the opposite of what tzniut was meant to be. By making it forbidden to see women’s faces, we have, a la Levinas, made it forbidden to recognize their humanity.

This is not a feminist issue; this is a religious issue, about advocating for respect for all of God’s creatures – even if those creatures happen to be female.

Shayna Abramson is a native Manhattanite living in Jerusalem, where she works as a grant and content writer and is pursuing an MA in Political Science from Hebrew University.