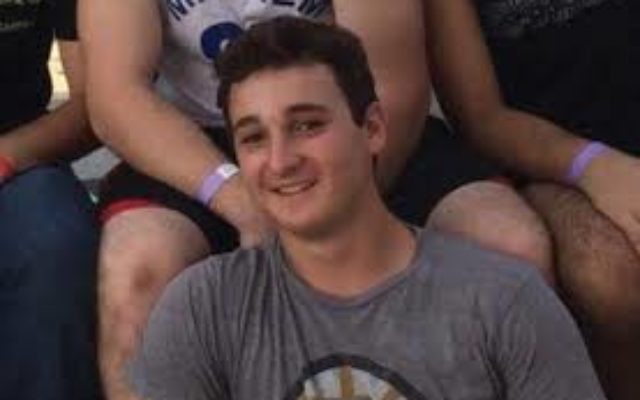 "It could have been me."

That is how a number of us have responded to the murder of 18-year-old Ezra Schwartz by Palestinian terrorists.  Like many Jewish day school graduates, Ezra was experiencing his "year in Israel" rite of passage before matriculating to college. The tragedy hit home; we felt directly the pain, fear and anxiety tormenting the State of Israel and its citizens.

Ezra's death, however, underscored a more fundamental value integral to our identity, emphasizing a sentiment of “it’s not about me.” Learning about Ezra and his life, we have been able to celebrate a giving person and it is this concern for others or what is known in Judaism as chesed (responsibility to the other, kindness) that should be forefront in our response to this horrific crime.

I didn’t know Ezra but I felt connected to him. We both graduated from the same high school, the Maimonides School of Brookline, Massachusetts and sports was our shared major extracurricular activity.  My nephew was Ezra’s classmate at Maimonides, where they were co-captains of the school’s baseball team. Ezra's community and synagogue are populated by my childhood friends. I know his world and I felt sick to my stomach when hearing of his brutal murder.  It was not long before I learned that so many others spoke of their connections to Ezra and his family. Everyone seemed to know or know of them. It was as if we all saw this terrorist incident as a direct attack on us.

Thankfully, Robert Kraft, the owner of the New England Patriots’ football team reoriented us. He shifted the focus back to Ezra, celebrating life, not death. He held a moment of silence in Ezra’s memory before Ezra’s favorite team, the New England Patriots, played in a nationally televised Monday Night Football game, showing a picture of Ezra sporting a Patriots’ jersey and beaming a smile. Then, Mr. Kraft personally comforted Ezra’s family by paying a shiva call to their home the next morning.  Mr. Kraft reminded us that our responsibility is to continue promoting Ezra’s life rather than wallowing in his death.

Known for beneficence and philanthropy, Robert Kraft is admired throughout New England and beyond as a mensch, or decent person, helping people of all backgrounds and faiths.  He is also a major supporter of Jewish institutions and organizations as well as the State of Israel.  Mr. Kraft has frequently credited his own father, Harry Kraft, for transmitting these values to him. Indeed, Harry Kraft, was the “ba’al habayit” or major lay leader, of Congregation Kehillath Israel (KI), a traditional Conservative shul in Brookline where the older Mr. Kraft is fondly remembered until this day as one who taught Torah reading and leading the service to so many of KI’s youth.

Harry Kraft facilitated a thriving Judaism in the Boston area, serving, for example, as an officer of New England’s Religious Zionist organization, known as the Mizrachi. He was also an original charter member of the Maimonides School, Ezra’s alma mater that was founded and directed by Rabbi Dr. Joseph Solveitchik, the dean of Modern Orthodoxy.  It was lay leaders  like Harry Kraft who attended Rabbi Soloveitichik’s Boston area lectures that have now been published and popularized.

Perhaps more so than with many of his rabbinic students or colleagues, Rabbi Soloveitchik often felt closest to these working men, and his lectures were often intimate conversations with them highlighting core ideas such as the centrality of chesed to Jewish life.

Rabbi Soloveitchik defined chesed as “a spiritual attitude, a subjective experience that whatever I have . . . is too much for me.  Whatever God gave me exceeds my capacity to utilize or store up.” Chesed, he added, is not limited to material or monetary giving but requires “man to open his mind, his heart, his experience.”  More directly, “chesed means to merge with the other person, to identify with his pain, to feel responsible for his fate.”  And “[t]he principle of chesed mandates [that] . . . [j]ust as we are duty-bound to feed the poor and clothe the destitute, we are equally obligated to teach the ignorant, dispel prejudice and superstition and enlighten those who live in darkness.”

The ethic of chesed responsibility was also fundamental to the Rabbi Soloveitchik’s mission for Maimonides School and by extension Jewish day schools more generally. In 1971, Rabbi Soloveitchik delivered a speech summarizing his school’s “credo.”  Above all else, Rabbi Soloveitchik emphasized that Maimonides’ graduates should lead a life of chesed.  He stated: “[W]e believe that the Jew cannot live alone . . . [t]he password of the Jew is chesed – kindness, compassion – to his fellow Jews and to his fellow man. He shares in the travail of man in general and of his people.  The Jew is a responsible being, he is responsible for society . . . . The Jew must share in the destiny of his people and be concerned with the destiny of mankind.”

Ezra Schwartz died while performing an act of chesed.  He was on his way to tend a garden in memory of three young Jews who were kidnapped and murdered in the area in 2014. Perhaps the best response we can offer in the face of this tragedy is to redouble our commitment to chesed responsibilities.

Daniel D. Edelman is an attorney living in Teaneck, NJ.