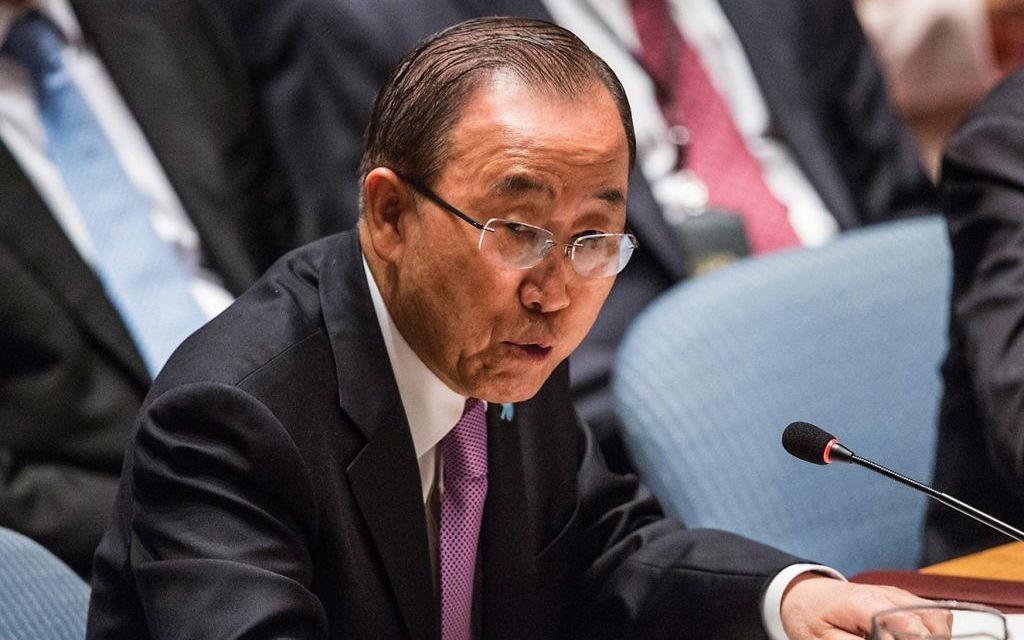 As Israel tries to combat what some are calling the “stabbing intifada,” the debate over whether it is using excessive force to quell the attacks has re-emerged.

The charge by human rights groups and Palestinians that Israel used disproportionate force in its battle with the terrorist group Hamas in the Gaza Strip, in the summer of 2014, gained some traction as the civilian death toll mounted. But Israel and its supporters pushed back strongly, questioning the death count and who counted as a Hamas fighter or civilian, thereby blunting some of the criticism. The fact that Hamas was often firing its rocket from civilian areas bolstered Israel’s case.

This time around, the debate hinges on how Israel is trying to thwart what are referred to as “lone-wolf” attacks — often with knives — by young Palestinians not thought to be connected to any organized resistance group. The knifings, together with gun and car attacks, have killed eight Israelis since the beginning of October.

Similar comments came from the office of the United Nations Secretary General and UNRWA (United Nations Relief and Works Agency). Nine human rights groups in Israel expressed the same concerns over what they said was a “worrying trend to use firearms to kill Palestinians who have attacked Israelis or are suspected of such attacks.”

But a few days later State of State John Kerry withdrew the comments.

Israeli Prime Minister Benjamin Netanyahu was livid when he heard the claims, insisting that Israel was using “exactly the kind and amount of legitimate force” that any other government faced with such attacks would use.

Israeli Defense Minister Moshe Yaalon was equally incredulous, telling Israel Army Radio, “We are using excessive force? If someone is wielding a knife and killing people, [our response is] excessive force? What are we talking about here? This is nonsense.”

“The police do not bother innocent people,” he was quoted as saying. “When police or Israeli citizens take action, it is to protect life, within the parameters of the law.”

A delegation of 20 Jewish and Christian leaders met with representatives of U.N. Secretary General Ban Ki-Moon last Wednesday to present a formal letter of protest over Ban’s claim about “Israel’s use of excessive force” in response to the escalating Palestinian violence.

“Every member state has a legitimate right of self-defense in the face of wanton terrorism,” it said. “Sadly, the United Nations does not grant this moral right to Israel and consistently sees Palestinians as victims and Israelis as aggressors. This morally bankrupt stance contravenes the human rights principles upon which the United Nations was founded.”

It added: “Contrary to the wrongful assertions that violence is attributable to ‘the longstanding occupation’ and ‘the lack of a political horizon,’ it is clearly hate speech coupled with incitement which create this bloody climate of conflict. … We also ask, Mr. Secretary General, that you take note that the attacks are taking place in areas of Bersheva, communities over the Green Line, Jerusalem, Jaffa, Petah Tikva, Afula, Kiryat Gat and Ra’anana, which have no geographical connection to so called land settlements.”

In a statement, Rabbi Joseph Potasnik, executive vice president of the New York Board of Rabbis, called upon Ban to “fully condemn” the “murder of innocent Israelis … without equivocation or statements of moral equivalence which fail to distinguish between victim and aggressor. Disputes about land should be resolved at a peace table, not through shootings and stabbings in the streets.”

Professor Gerald Steinberg, president of NGO Monitor, a Jerusalem-based research institute, told The Jewish Week that despite Israel’s denials, the allegation “keeps coming up over and over again.”

Asked about Kerry’s apology, Steinberg said, “Once it is on the record — even if it is taken back — the damage is out there. … It just shows how the slogans get picked up and repeated without any thought behind it.”

Maj. Gen. (res.) Gadi Shamni, Israel’s military attaché to the United States and former commander of the Central Command, adamantly denied that soldiers were given a “shoot to kill” order in dealing with Palestinian attacks.

“The Israel Defense Forces and the police have adjusted the rules of engagement as well as their equipment — weapons and ammunition — so that they are used in such a way as to cause minimum casualties,” he told The Jewish Week. “But when you deal with such a high level of violence, you cannot avoid the fact that people will get wounded and killed on both sides. The IDF and Israeli police use of live fire as the last resort — and only when there is a real danger to soldiers or police or the civilians they are protecting.”

“There is a huge effort not to cause death,” Shamni added. “We understand that every funeral becomes a demonstration for Hamas and jihad — and that is not productive. But when you have to protect yourself or a friend and when someone is stabbing, it is very difficult to stop him unless you use the right level of force. And sometimes that can cause fatalities … otherwise you or your friend will be stabbed in the heart or neck and you are not doing your mission.

“There are no orders to shoot to kill. The rules of engagement are to do whatever is needed to stop it immediately. If someone is a yard from you and stabbing you and you shoot in the leg or hand, he will keep stabbing. So there has to be a more fatal action otherwise it won’t remove the threat immediately. That is the dilemma — it is the soldier’s life or the attacker’s life.”

Palestinian President Mahmoud Abbas blamed Israel Tuesday for an occupation that makes “Palestinian lives unbearable.” He reportedly said at a news conference that young Palestinians had been driven to despair, that they were disenchanted with their lives and the lack of a diplomatic end to the Israeli occupation and aggression of Israeli settlers.

But Shamni said he is convinced that were Abbas “more determined, he could have stopped” the Palestinian attacks. He charged that “senior people” in Abbas’ Fatah movement are behind the incitement campaign that is encouraging Palestinians to attack their Jewish neighbors.

Steinberg noted that Abbas’ assertions that Palestinian attackers are simply acting out of despair are a refrain he has sung many times before. In fact, he said he is convinced the attackers are not simply “lone wolves.”

“Most attacks have Hamas involvement,” he explained, noting that the wife of the Palestinian man who opened fire at the Beersheba bus station this week killing an Israeli soldier and wounding about 10 others was from Gaza. In the attack, an Israeli mob beat an Eritrean man who had mistakenly been shot by a security guard in the belief he was a second attacker — and he later died. Netanyahu decried the “lynching” and ordered a full investigation.

“Many of the attackers from Jerusalem came from families who were activists,” Steinberg observed. “There is evidence to connect them to Hamas and to suggest that they were prepared for this like sleeper cells. I’m not saying it was all sketched out, but those doing these things were indoctrinated and Hamas people were involved. … This wave seems to have been prepared quite well.”