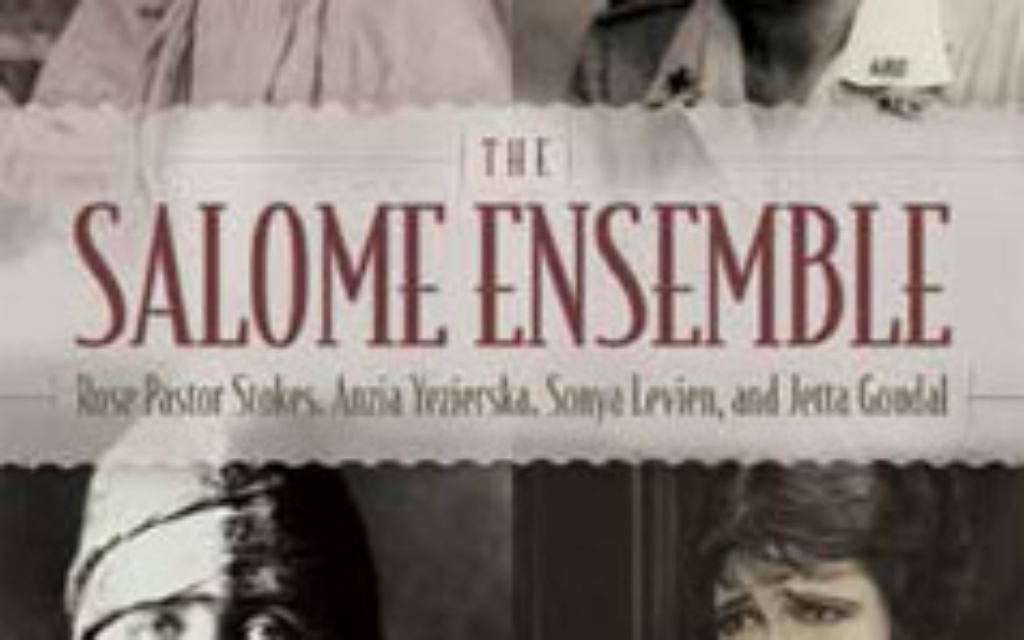 Imagine a grey, windy day in the tiny village of Augustowo in the Russian Pale of Settlement in 1877. A group of Jewish peasants dressed in their ragged best clothing are gathered in a small shul. A bearded rabbi stands at the front where four young men prepare to lift a chuppa, a wedding canopy fashioned from a prayer shawl, on wooden poles.

The groom stands, signs of nervousness and annoyance alternating in his facial expressions. This khossen, this groom, is a widower with a son. The little boy, two years old, wanders among the grownups, increasingly impatient. The groom and the rabbi look out a side window, searching the distance, and then at the bride’s mother and father, who smile apologetically. The bride’s parents also gaze outward, toward a little house across a small, bare field. Worry informs the mother’s face, while the father grows angry. The bride, the kallah, is not there. The bride’s mother and father shrug their weary shoulders and leave the synagogue. They walk silently across the way to their little house. The others watch them through the window.


Mother and father enter the house to find a young girl weeping, still in her coarse, everyday work clothes, her wedding dress lying on the bed beside her. The father begins to shout, the daughter to shriek and cry, the mother to try to quiet them both while gathering up the dress and pushing it on the girl. A few minutes later the girl is wearing the dress and still weeping. The parents hold their daughter, each taking one arm. They lift her up and half-carry, half-drag the

sobbing girl across the barren hillside to the shul and the waiting wedding party.
The Jewish girl was Hindl Lewin, and she was punished for transgressive, dangerous behavior in the eyes of her family and community. Hindl had the chutzpah, the audacity, to try to choose her own husband. She fell in love with a Polish man who was not Jewish, and told her parents that she wanted to marry him. This rebellious flouting of paternal authority entailed potentially dire consequences for the couple and their families. At this time and place, unfortunate experience taught that love and intermarriage between Jew and Gentile would invite ostracism from the Jewish community and violence from anti-Semitic neighbors and government authorities.


These events took place a world away and a dozen years after the end of the American Civil War. In Russia, only four years later the assassination of Russian Czar Alexander II was followed by an eruption of anti-Jewish violence, pogroms, and new discriminatory legislation. Hindl’s attempt to choose was more than audacious within the context. It was nothing less than a private revolution, a flouting of community norms, defiance of civil and religious authorities, and an attempt to take power from the father to whom tradition granted the prerogative to select a husband for his daughter. It also was a reckless risk to her physical safety and the safety of others. And so Hindl was forced to marry Jacob Wieslander, the Jewish widower with the two-year-old son, who was chosen by her father. The parentally approved wedding took place very much against the bride’s will. The bonds of matrimony were imposed on her like chains.


The unhappily married couple had a daughter they named Rose Harriet. Before the girl turned three, however, Jacob Wieslander abandoned his family and fled to America, leaving behind even his young son from his prior marriage. The boy was placed with relatives of his father. Cut loose, mother Hindl and daughter Rose seized the degree of freedom created by their abandonment and soon were in motion. For Rose these events launched a lifelong trajectory beyond the Pale, from Russia to London, to Cleveland, New York City, and beyond. They joined millions like them in waves of immigration and urbanization that swelled American cities between 1880 and 1920. Hindl, who changed her name to Anna, was emancipated, but Rose never forgot the legacy of ethnic separation, forced marriage, patriarchic oppression, travails of poverty, and trauma of paternal desertion. Repression, coercion, and persecution contributed to a predilection in Rose to defiance, insurrection, and liberation.

To learn more about the author and purchase this book click here.