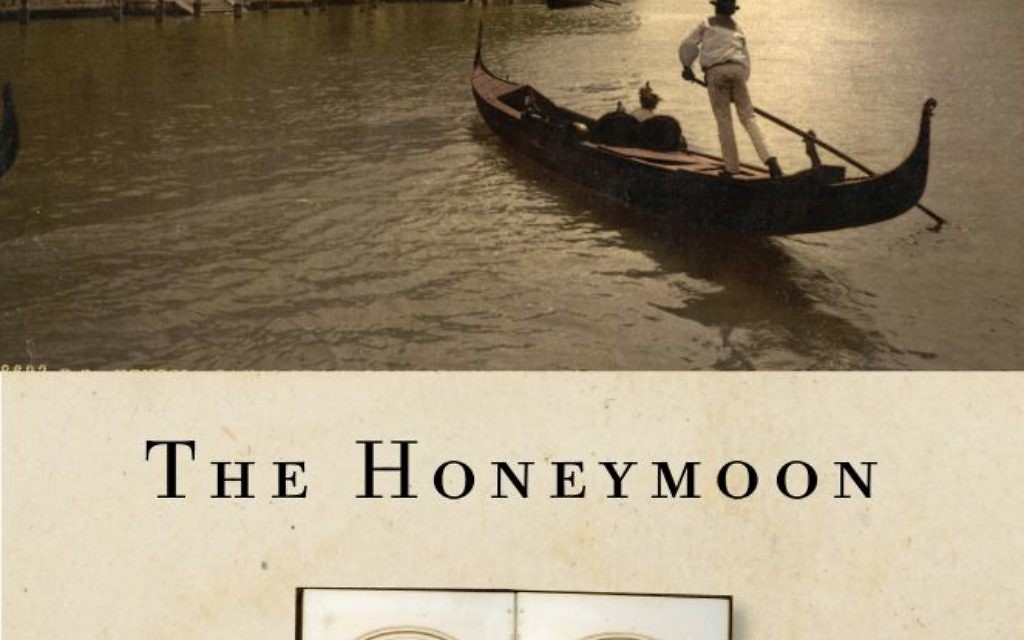 Excerpted from The Honeymoon by Dinitia Smith.
Copyright © Dinitia Smith, 2016. Reprinted by permission of Other Press.

She was a little girl and they’d sent her away to boarding school because her mother couldn’t take care of her anymore.

It was the depths of winter, she was so cold, the damp seeping into her very bones. She was trying to get to the fire, but a group of girls was standing in front of it. “I’m freezing,” she cried. “Please — let me in!” But they were bigger than she was, and they’d gotten there first and they were hogging the warmth, and she was forced to hang back behind them, shivering so hard that her teeth were chattering and her bones were rattling in her skin.

Here in Venice, she woke up from the dream, and instinctively, half asleep, she moved as she always did when she had a bad dream, toward the other side of the bed, seeking him. Contact with his body magically soothed all her terrors and put her to sleep like a drug.

But now she grasped only air. Next to her the bed was empty, the wide mattress white in the moonlight.

She’d had this same dream again and again for more than fifty years, but in the past, George had been there to comfort her. Instead, the memories of her childhood came pouring back, the loneliness returned. She was unable to sleep.

The dream came from when she was at Miss Lathom’s. She remembered it as vividly as if she were still five years old, the harshness of the place was imprinted forever upon her brain. She was the youngest girl in the school. That first night, after lights out, she’d lain in her iron cot amid the long rows of girls and the homesickness had spread through her body like a dull, wet ache. What had she done to make them send her there? Was she such a bad girl? Why had her mother made her go away? She’d tried so hard to be good and not to be any trouble.

Lying there in her cot, she started to cry. Her sobs and sniffles punctuated the darkness. “Shhh! Be quiet! Do shut up!” From up and down the aisles had come angry whispers. She tried to hold her sobs in, but they kept escaping from her.

Her sister, Chrissey, was asleep in the cot next to her. Chrissey was five years older than she was. She climbed out of her bed into Chrissey’s, and she snuggled up against her bony body, and when Chrissey felt her there, she half woke up and sleepily took her in her arms and patted her. “It’s all right, Polly,” she whispered. “It’s all right, dear . . . Hush now . . . don’t cry . . .”

In the ensuing days, she’d held herself proudly, haughtily, apart from the rest of the girls. She followed Chrissey around and refused to look at anyone.

Her father had promised that he’d come on Friday afternoon at five o’clock, to take them home for the weekend. At four o’clock sharp, she went to the parlor so she could watch for him from the front window. She fixed her eyes on the driveway, willing him to come with all the force of her mind.

At last she caught sight of the gig and she dashed out the front door, breaking the rule that no pupil could leave the building without permission. She ran across the driveway to him and threw her arms around his legs. “Aye, little wench!” he said, and laughed. “You’ll be knocking me over!” He picked her up and kissed her. The stubble on his face pricked her cheeks, and she smelled the reassuring smell of his old tobacco and the fleshy scent of his hair. She would keep that big, strong man from ever leaving her again.