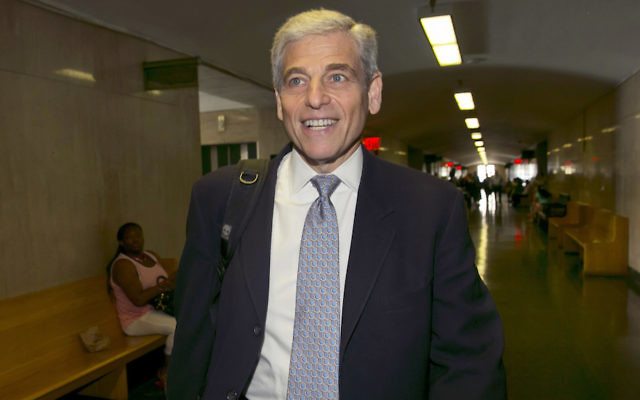 William Rapfogel, who was sentenced to 3 1/3 years to 10 years in prison for stealing $9 million from the New York Jewish nonprofit he headed, was released from prison after serving serving less than three years of his term.

Rapfogel, the longtime CEO of the Metropolitan Council on Jewish Poverty, received a merit release on May 1 from a minimum-security work release prison in Manhattan, the New York Daily News reported this week, citing confirmation from state officials. He did not go through a formal parole hearing since he met the minimum requirements for the merit release, according to the report.

He will remain under state parole supervision until July 2024.

Rapfogel, who headed the Met Council for more than 20 years, pleaded guilty in 2014 to a grand larceny and kickback scheme in which the organization paid inflated insurance premiums — one portion went to Rapfogel and his co-conspirators, and another was donated to political candidates.

The Met Council, which provides services to the poor and elderly in the New York City area, receives funding from the state and city government, as well as from private sources.

Earlier this week, New York City Councilman David Greenfield of Brooklyn announced that he would not seek re-election and that he will be taking over as head of the Met Council.