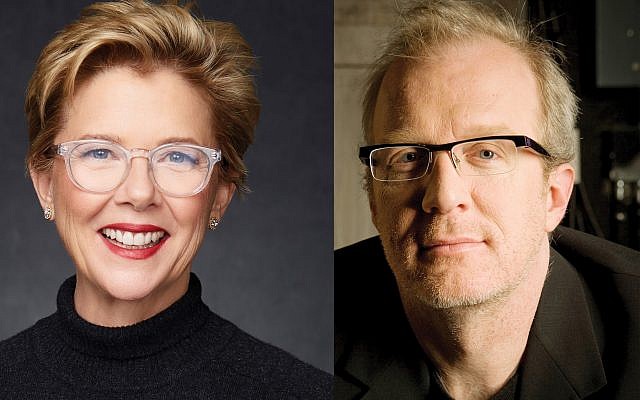 As Passover approaches, one might be forgiven for thinking that our society is dealing with a plague of its own — immorality. Not a day goes by without another public figure, from Jussie Smollett and Julian Assange to Michael Avenatti and Lori Loughlin, being accused of doing something downright sleazy. There is humor to be mined from this; the most recent episode of “Saturday Night Live” had a skit with all of these malefactors sharing a jail cell. But what’s missing, lamentably, is anger, outrage and self-reflection about how we allow our values to be constantly eroded in ways that may ultimately make us, in the age of Donald Trump, unrecognizable to ourselves.

In the mid-20th century, no one pricked the conscience of a nation like the Jewish playwright Arthur Miller, whose searing “All My Sons,” directed by Jack O’Brien, returns to Broadway next week in a production by the Roundabout Theatre Company. Written just after his first novel, “Focus,” about a Jewish shopkeeper in Brooklyn threatened with violence from his Christian neighbors, “All My Sons,” which opened in 1947, established Miller’s reputation as a playwright; it ran for more than a year on Broadway and won him his first Tony Award. (His first play, “The Man Who Had All the Luck,” had closed after just four performances.)

Set just after World War II, “All My Sons,” which stars Annette Bening and Tracy Letts, takes place in an unnamed suburb in which a family is coming to grips with the loss of one of their sons, Larry, who was a pilot in the military. The father, Joe Keller (Letts), is a successful businessman whose factory has transitioned from making munitions to manufacturing home appliances. His wife, Kate (Bening), still cherishes the hope that Larry is still alive; meanwhile, their remaining child, Chris (Benjamin Walker), is secretly making plans to wed his deceased brother’s sweetheart, Ann Deever (Francesca Carpanini), who is the daughter of Joe’s former business partner, Herbert. 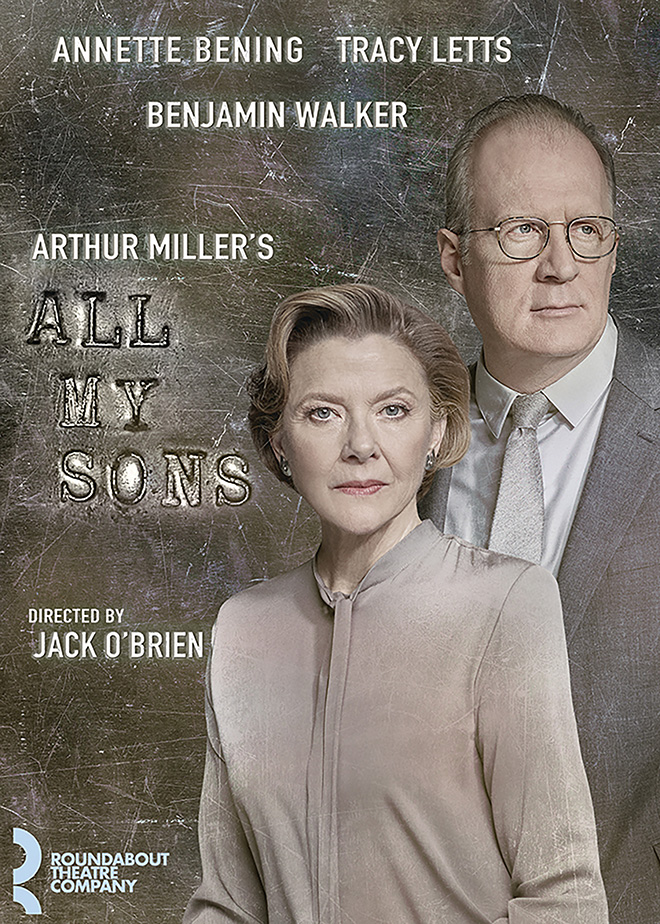 Their partnership ended when Herbert was imprisoned for sending out airplane engines with cylinder heads that he knew to be defective, causing 21 pilots to die in plane crashes. But Joe, who called in sick the day that the engines were shipped, seems to know more than he is letting on about what happened that day, and Chris will not rest until he hears the truth.

In December, O’Brien replaced the revival’s original director, Gregory Mosher, the chair of Hunter College’s theater department, after representatives of Miller’s estate objected to Mosher’s plan to cast black actors in the roles of both Ann and her brother, George. (They did approve the current cast, however, which also includes black actors.) Coincidentally, a different production of the play is running at the Old Vic in London, starring the American actors Bill Pullman and Sally Field.

In an interview, O’Brien, who directed the acclaimed 1987 American Playhouse telecast of “All My Sons” starring James Whitmore and Michael Learned, told The Jewish Week that “everything that we’re suffering from now, from the impact of finance on public mores to jerry-rigged airplanes falling out of the sky, have their seeds” in the issues featured in the play. He summed up “All My Sons” as a tale about “what America was becoming, and what pitfalls that were looming that we blindly seemed to ignore and that came back to haunt us. Cracks in our porcelain have become fissures and then abysses.”

O’Brien speculated that “All My Sons” may ultimately be seen as Miller’s greatest play, surpassing even “Death of a Salesman,” which debuted in 1949. “Salesman,” is, the director noted, “more circumscribed” in its scope, but also has a larger role for its tragic hero. By comparison, “All My Sons” is, he observed, “more of an ensemble piece, of such great depth and dimension that even the small parts are worthy of digging around.” He added that the production has also turned out to have a lot of humor, and that “audiences are laughing well into the third and final act.”

Julian Levinson teaches American Jewish literature at the University of Michigan, where Miller studied as an undergraduate and cut his writing teeth (the theater there is named for him). Levinson compared the character of Joe Keller in “All My Sons” to Ben Patimkin in Philip Roth’s late 1950s novella, “Goodbye, Columbus,” whose success was based on making metal sinks for suburban kitchens and bathrooms rather than for army barracks.

“Is Keller corrupt and sinful, or is he an all-American guy?” Levinson asked. “At the time that the play opened, there was probably a greater willingness to see him as a tragic figure who mistakenly upholds material values over human ones.” But nowadays, the father “is much more vulnerable to a moral critique, given the presence of Trump and the question of whether or not his whole presidency is determined by his financial interests — his family name and business that he seems to prioritize over everything.”

In some ways, Levinson concluded, this lends greater contemporary relevance to the plight of Joe Keller than to that of Willy Loman. “We’re so in love with entrepreneurialism that we don’t feel sympathetic to someone whose job is now outmoded. Can you imagine a play called “Death of a Taxi Driver” because of Uber’s overtaking of the world of the taxis? Everyone values efficiency; we blame the little guy who drove a yellow cab for not getting on board with new technology. You have to work hard to generate real identification with Willy.”

Keller, on the other hand, “did what he had to do to stay in business and preserve his family.”