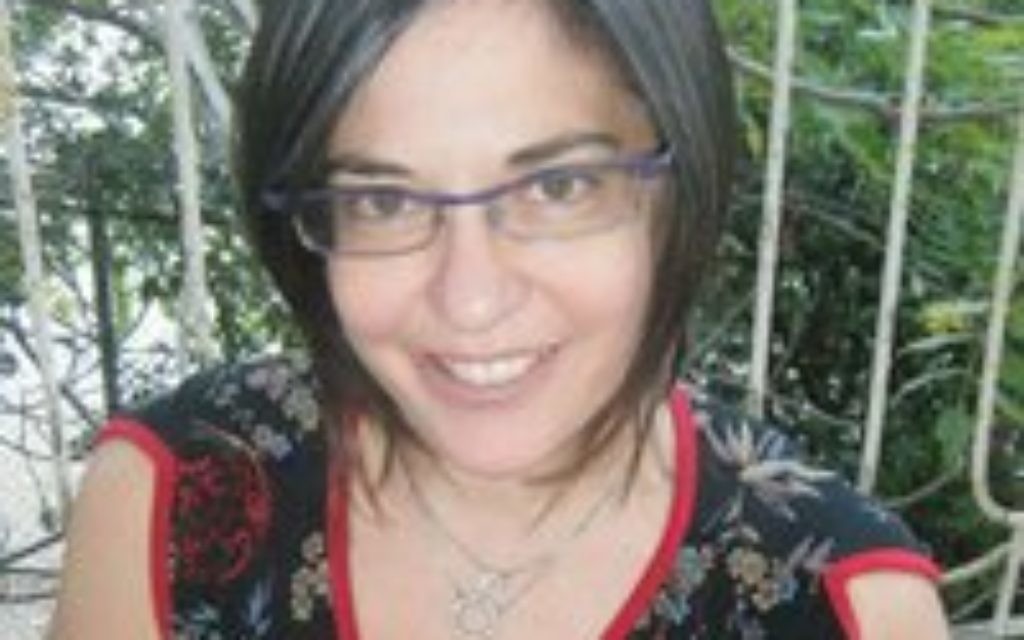 ‘Watch out for my eye!” I gasp as my hair stylist, chatting up another stylist, waves his scissors dangerously close to my retina.

And to be fair, how else is he going to emphasize his words? To really underscore the significance and validity of his point?

I mean, is it his fault that my pesky ole eye had to up and get in the way?

“Ach, Don’t worry!” he consoles me. “We have another eye for you in back!”

This time he flicks his wrist and hand dismissively (sans scissors), in that Israeli gesture that means: “Leave it, you nudnik!”

Welcome, as they say, to Israel! Or as I say: “Abby, you’re not in Chicago, anymore!”

No, indeed. For it’s been nearly two years since I said goodbye to Saul Bellow’s old stomping ground and hello to the clamor and tumult of Israel. Jerusalem, if you want to be specific.

And maybe it’s just me, a born observer, but ever since I landed here, an American in Israel, an outsider looking in, I can’t help but note … everything. And not just the big things, either.

Sure, seeing Gilad Shalit’s parents as they continue their vigil outside the prime minister’s house, a cardboard cutout of their son, wafer thin and pale in his army fatigues, locked inside a makeshift cage, makes an impression. How can it not? For living here, it is impossible not to experience Israel’s violence and tension and despair.

And yet to me, it is the little things that tell the other Israeli story. It reminds me of what my mother once told me. That the moments of revelation are not in the big things — in the weddings or the New Year’s eve parties — but in the quiet moments out of the public eye: Giving a baby a bath or going for a walk with someone you love.

Not that there are quiet moments in Israel. Come to think of it, there is no quiet, ever. There is no privacy, either. You turn to your girlfriend on a tree-lined street in Tel Aviv, wondering just where, exactly, is Bialik Street and suddenly, a voice calls out from a balcony across the way. It belongs to a lady hanging her laundry out to dry.

She’s wearing a housecoat. “You go straight, straight, always straight and then left!” she says.

And by the way, what, exactly, are we planning on doing on Bialik Street?

Only plotting a revolution. Making a few surreptitious phone calls to WikiLeaks. Perhaps dashing off a quick love note to that cutie riding by on his bike, the one with the long and mournful face.

Which is another way of saying, why is that your bid-ness, lady? Oh, I’m forgetting. In Israel, everything is everyone else’s business.

And so I tell her, in my heavily American-accented Hebrew. “We’re going to Café Bialik to have brunch.”

She accepts this, but is not overjoyed. The café, in her opinion, is a bit over-priced. Nonetheless, she recommends the shakshuka. Noted.

It’s the same story everywhere. In one taxi the driver demands to know not just where I’m going but why.

“Nu? Don’t you know we don’t want just the address but also your resume?” he scolds.

Another cabbie yells at me all the way to my meeting. “You should not have taken the bus to Arlozorov but to the Central Bus station!” He is disgusted. Now I’m backtracking and taking a 30-minute cab ride when I could have walked.

“But let me ask you something,” I say. “Is not my loss your gain? I mean, you’re making money off of my mistake, no?”

True, true, but an idiot is an idiot. Noted.

Which is really another way of saying, this place is choking on its own words. It is congested with opinions. It is overflowing with curses and with blessings.

Like the spontaneous prayer I watch a woman on the bus scribble on a scrap of paper and hand to the driver. It is long and in Hebrew and on the top right hand corner she’s written the abbreviation for “with G-d’s help.”

And to me? The American who is hanging over his shoulder, shamelessly trying to read the note? “Aren’t you the one who asked where to get off for the airport?” he barks.

He doesn’t give me time to respond.

Opening the door wide he gestures outside. This time the hand swoosh means, “There will be time enough for sleeping when you’re dead! For now, get out. Get out! And don’t come back!”

Which is all another way of saying, “And don’t forget that bus No. 5 will take you where you need to go!” n

This column inaugurates Abigail Pickus’ new column, “Home and Away: An American in Israel.” She wrote “The Matchup” singles column for two years.