Why is the Far Right so violent, and what drives them to kill again and again? 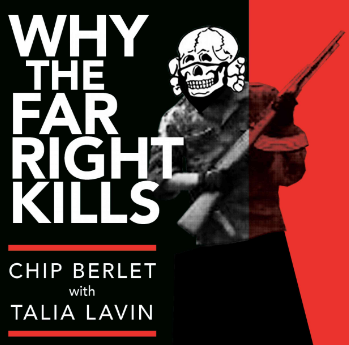 The October 2018 massacre at the Tree of Life synagogue in Pittsburgh, committed by a Far Right activist, was the most lethal assault on Jews on U.S. soil in history. It was followed by attacks on synagogues in Poway, California and Halle, Germany. The Far Right has also massacred Latinos in El Paso, Texas, as well as Muslims and Arabs in Christchurch, New Zealand and Hanau, Germany. In fact, the postwar Far Right has killed thousands of people. Why is this political faction, compared to others, so violent—and what drives them to kill again and again?

Researcher Chip Berlet, who has investigated the Far Right for forty years, will explain how the movement’s internal dynamic drives its participants into homicidal outbursts. Berlet will discuss the Far Right’s themes of demonization, scapegoating, conspiracism and apocalypticism with journalist Talia Lavin, and they will offer their perspectives on how to deal with this toxic social current.