What is the Cantorial “Golden Age”? 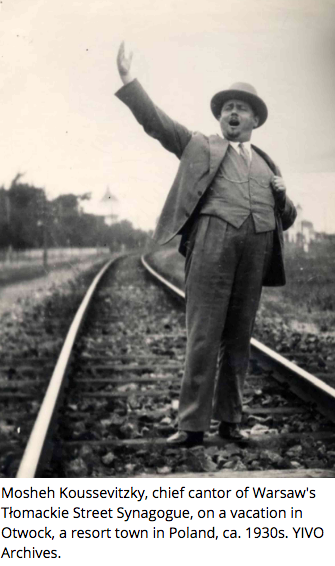 Among aficionados and practitioners, the term cantorial “Golden Age” draws to mind a discrete body of work recorded by a well-known cadre of Eastern European cantors working in Europe and America in the 1900s-30s. This narrative of a Golden Age was shaped by cantors working in tandem with commercial distribution networks, advertisements in print media, and the efforts of intellectuals and impresarios who worked to establish a canon of stars and hit records through journalism, liner notes and show-business style promotion. Remarkably, recordings of cantors singing through-composed recitative settings on liturgical prayer texts achieved the status of mass media entertainment among Jewish listeners in the early 20th century.

However, the “Golden Age” of recorded cantorial music did not come about without pushback and controversy. Critics of recorded cantorial music saw new technology as a contamination of tradition that vulgarized sacred sound through commerce and the displacement of the liturgy from its temporal-spatial location in ritual contexts. While communal leaders accused cantorial recording stars of degrading sacred art, the cantorial recording stars positioned themselves as defenders of an older strand of Jewish folk prayer music that had been displaced by the Sulzerian Romantic choral music which had become normative in elite urban synagogues. Recorded cantorial music offers a populist, hyper-emotional memory work that interpolates Jewish listeners into a sense of self-recognition by performing a theatrical imagined ethnography of Jewish sacred folklore.

In this presentation, scholar and musician Jeremiah Lockwood will offer insights from the YIVO archival holdings that illuminate the impassioned debates among cantors and their critics in the early 20th century. He will be joined by Cantor Yoel Kohn, one of the leading young voices reviving Golden Age cantorial music, who will sing representative works from classic records.