Legacy of Blood: Jews, Pogroms, & Ritual Murder in the Lands of the Soviets 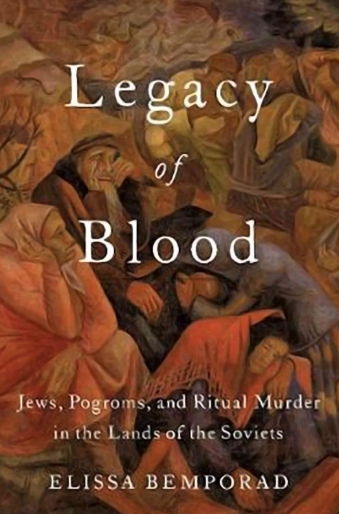 The most extreme legacies of tsarist antisemitism were pogroms and blood libels. These events were central to the Jewish experience in late tsarist Russia, the only country with widespread anti-Jewish violence in the early twentieth century. After the Soviets came to power, they claimed that they had eliminated both these phenomena. In her new revelatory book, Legacy of Blood:  Jews, Pogroms, and Ritual Murder in the Lands of the Soviets, Elissa Bemporad demonstrates that the Soviets’ claim was part propaganda, part reality.

Join us for the launch of this new book. The evening will include a presentation from Bemporad on her research followed by a conversation between Bemporad and scholar Hillel Kieval, led by YIVO’s Executive Director Jonathan Brent.

Free, but you can RSVP HERE.