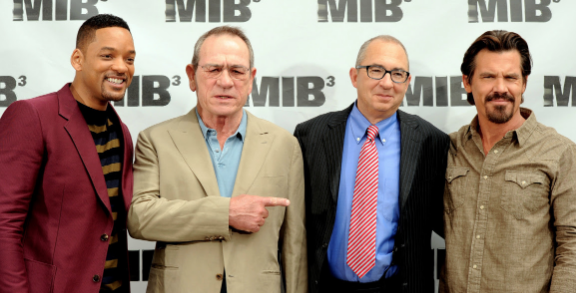 Join legendary film director/cinematographer, and famed raconteur Barry Sonnenfeld for a lively evening, featuring clips from some of his most beloved works, and a discussion of his new book “Barry Sonnenfeld, Call Your Mother: Memoirs of a Neurotic Filmmaker.”
Sonnenfeld directed such beloved classics as “Get Shorty,” “The Addams Family,” and the “Men in Black” trilogy. His career as a cinematographer includes working with the Coen Brothers on “Raising Arizona,” “Miller’s Crossing,” and “Blood Simple,” Rob Reiner on “When Harry Met Sally” and “Misery,” as well as Penny Marshall on “Big.” Sonnenfeld was also executive producer on both the film and TV series’ adaptations of Lemony Snicket’s “A Series of Unfortunate Events,” and the TV series “The Tick” and “Pushing Daisies.”
If I went to prison and saw that Barry Sonnenfeld was going to be my cellmate, I would think, ‘Oh, this is going to be a breeze.’ – Jerry Seinfeld.
Tickets )$45 CAC member/$50 non-member) include a copy of his new book and a book signing reception.
+ Google Calendar+ iCal Export