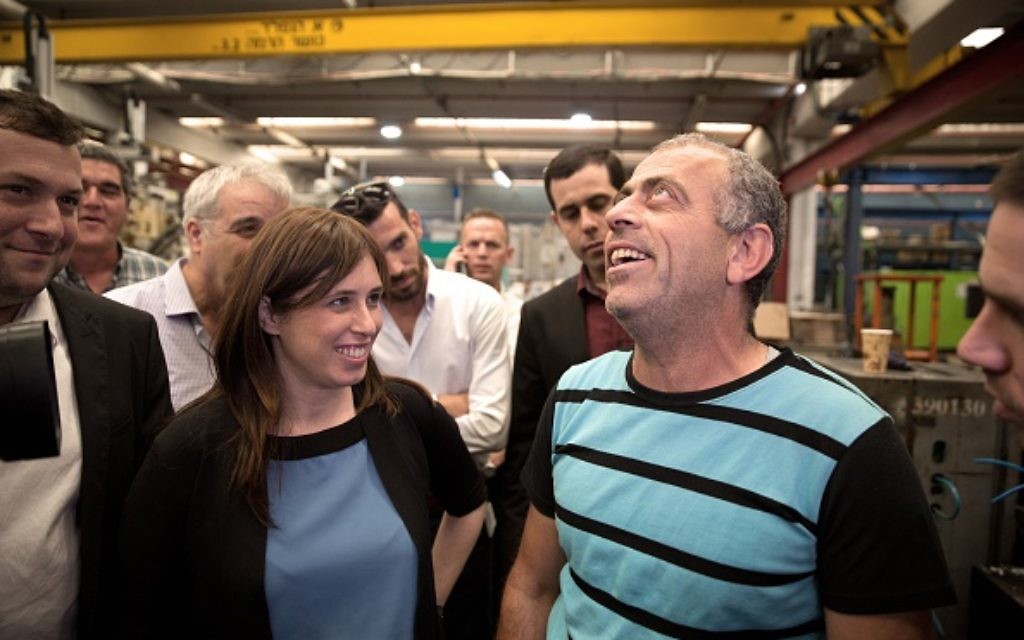 Prominent Jewish organizations and members of the U.S. Senate have condemned the European Union’s decision this week to label products made in Israel’s “occupied” territories.

The EU’s executive approved three-year-old guidelines that will require items from the West Bank, east Jerusalem and the Golan Heights to bear a label that indicates their source.

While EU spokespersons downplayed the move as a technical matter to ensure uniformity in indicating “origin of Israeli settlement products,” the EU is applying “blatant double standards,” said Robert Singer, CEO of the World Jewish Congress.

“Let’s not delude ourselves,” Singer said in a statement. “These guidelines are more than a technical matter. … Rather, they are a misplaced attempt to hamper trade with Israel and to exert political pressure on the government in Jerusalem. Who ever believes that such measures will trigger any momentum for changing the status quo in Israel and in the Palestinian territories is misguided.”

“We have long argued that settlement construction is not helpful for the peace process but neither are discriminatory policies against Israel,” said Daniel Schwammenthal, director of the American Jewish Committee Transatlantic Institute. “Today’s decision will play into the hands of those determined to demonize the Jewish state; offend mainstream Israelis who favor territorial compromise and encourage maximalist Palestinian positions.”

In Washington, a bipartisan group of senators, calling the guidelines a “de facto boycott” of Israel, urged the EU not to adopt the new policy. “We believe strongly that these efforts are unwarranted, dangerous, and damaging to the prospects of a negotiated solution to [the Israeli-Palestinian] conflict,” the senators said.

In Israel, the Foreign Ministry said, “There is no doubt that the main purpose of the measure is to exert political pressure upon Israel,” and Gerald Steinberg of NGO Monitor called the guidelines “another act in the ongoing NGO campaign to delegitimize Israel.”

However, Human Rights Watch said “Other states should follow the EU’s example,” and Peace Now said in a statement that it supports the EU guidelines as “a means to oppose the occupation and, thereby, support Israel.

“Peace Now has always considered the settlement enterprise as the main obstacle to a two-state solution,” the organization said. “A more accurate labeling system, as Israel never annexed the West Bank, will allow European residents to make purchases according to ideological considerations.”

The EU said, in a statement, that its labeling guidelines are not designed to encourage a boycott of Israeli goods. “The EU does not support any form of boycott or sanctions against Israel.”