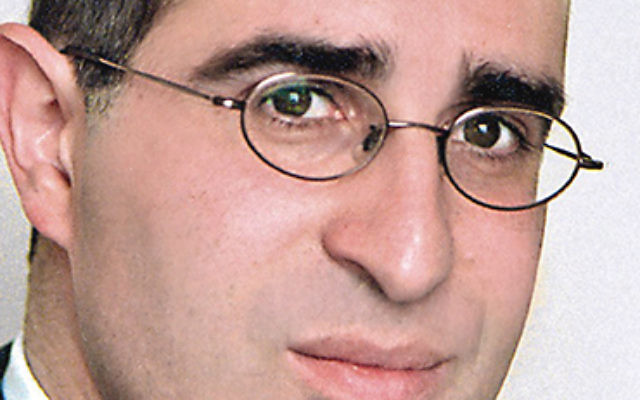 Twenty-five years ago last month, the world was captivated by images of the dramatic airlift that brought 14,000 Ethiopian Jews to Israel from amidst a raging civil war.

In the lead-up to the airlift, I sat in a small room as a debate ensued as to what the coming operation should be called. When the final suggestion was made — “Operation Solomon” — it was clear that this was the perfect choice of name. It connected the biblical roots of this ancient population with one of the stories of its origins — the union of King Solomon and the Queen of Sheba.

As a young Jewish communal professional, I later sat with one of the rabbis of the community by a big tree under a wide African sky. They had left behind their homes, their farms, their cattle and set off on foot from a remote corner of Ethiopia. Why have you come now, I asked the rabbi? Because, he said, after 2,000 years of waiting, we knew that our time had finally come. Because that was what God had intended. No agonizing, no debating. Just pure faith.

And Israel, together with world Jewry was there to make it happen. It was the Jewish world at its very best. From thousands of miles away the State of Israel together with American Jewish organizations reached deep into the heart of Africa to help Jews who had been cut off from Jewish life for thousands of years and to bring them to Israel. And the Jewish world was there to welcome those Jews into absorption centers, job training and special education programs.

Last year, the plight of Ethiopian Jews was brought to national attention in Israel in a very public and a very modern way by a powerful YouTube video that went viral showing the unprovoked beating of an Israeli Ethiopian soldier. Demonstrations against racism in Tel Aviv by Ethiopians led to violent clashes with bottles and bricks being thrown at the police who responded with tear gas and stun grenades.

Israel now has a population of 135,000 Ethiopian Jews, of whom about two-thirds were born in Ethiopia. The task of bringing a population that grew up in rural Africa to a modern Western state was great. But the task of addressing the challenges facing a new generation of Ethiopian Jews that was born in Israel is many times greater.

According to the Myers-JDC-Brookdale Institute, a well-respected research body in Israel, educational performance has improved with 48 percent of Ethiopian students gaining a general matriculation diploma in 2013, compared to 31 percent in 2001. Employment rates for men rose from 62 percent to 76 percent and from 37 percent to 69 percent for women between 2000 and 2013. Israel has seen inspiring individual success stories, including Ethiopian members of the Knesset and members of the Israeli diplomatic corps.

Have we lost the mystery, the biblical sweep of history and seen it replaced with a gritty urban challenge of a 21st-century minority population? Instead of the fulfillment of a biblical vision, is there a risk that Israel might end up with the nightmare of Ferguson and a black underclass? Even if you will it with all your heart, might it still remain just a dream?

A quarter of a century after those heady images of an historic Jewish community being flown thousands of miles to freedom, we need to tackle the issues facing Ethiopian Jews not only as a modern day challenge of how to integrate a population with a different color skin but also as a defining moment for us as Jews.

There are sometimes problems that speak as much about those who seek to solve them as they do about the issue itself.

And perhaps the plight of Ethiopian Jews is one of those. The Ethiopian Jews, in some ways, represent the very best of Zionism, of Judaism and of Israel. The best side of ourselves.

Ultimately whether we help this population succeed in becoming a vibrant and successful part of Israeli life will say as much about us as it does about this dignified Jewish population who are an enduring symbol of the richness of Jewish history and the diversity of Jewish life in the modern world.