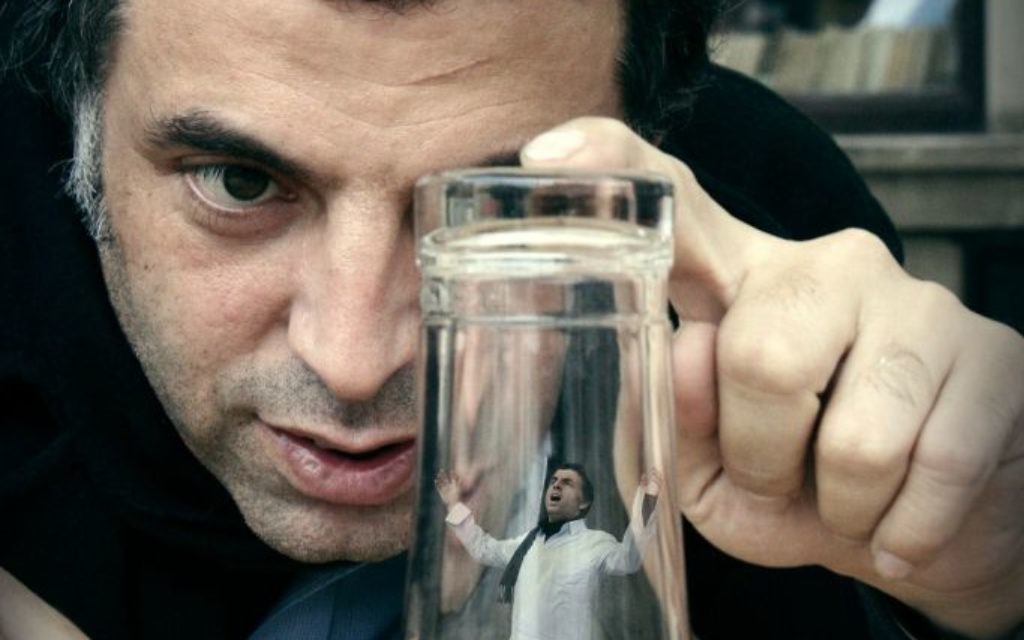 At one point in “Crazy Glue,” a short film by Elizabeth Orne, a young wife who has been involved in an extramarital affair returns home to find that her husband has crazy glued every movable object in their small apartment. The chairs won’t budge, the receiver will not lift off the phone, the fridge won’t open. When she looks up, she finds that her husband has even glued himself to the ceiling, hanging down, waiting for her to return to him.

Etgar Keret is one of Israel’s most celebrated writers. His surreal stories have been translated widely; some, like “Crazy Glue,” have been made into films. This was screened at Symphony Space last Saturday night, along with another short film, Goran Dukic’s “What Do We Have in Our Pockets?” which debuted at the 2013 Sundance Film Festival.

Keret’s accented, self-deprecating way of speaking coupled with his casual demeanor is exotic yet approachable; his talks are almost always well attended so it was surprising that there were empty seats on Saturday. It’s likely that he event’s starting time very close to the end of Shabbat kept Keret’s observant fans from attending.

The highlight of the evening was actor Scott Shepherd reading a new Keret story inspired by Nouveau Realiste artist Cesar and written for the art gallery Luxembourg & Dayan, which will be exhibiting Cesar’s sculpture.

Also screened, the documentary “What Animal R U,” was filmed during a trip to New York by Keret’s friend Gur Bentwich, who follows Keret to a number of publicity events around the city. The documentary was shot shortly after Keret’s father passed away and his presence is as much in the film as Keret himself.

The evening concluded with a Q&A with the actor Josh Charles, giving Keret a chance to discuss the films and his most recent work.

Caroline Lagnado is an arts writer in New York.