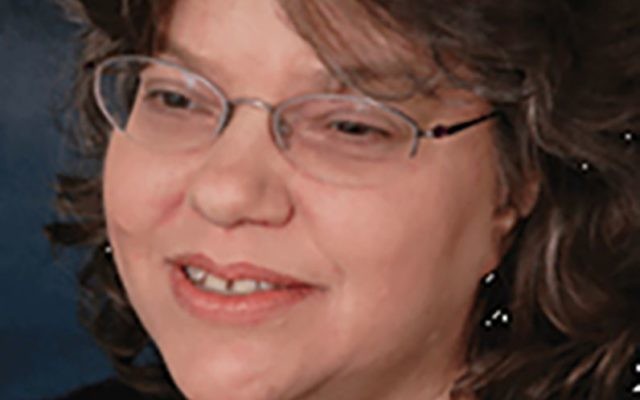 Jacob and Esau reunite after decades of separation following Jacob’s tricking Isaac into blessing him (while masquerading as Esau). Esau felt livid, cheated, and destroyed, determined to kill Jacob in revenge. Out of consideration for his father, Esau would wait until Isaac died.

I have always been a great fan of and promoter of Esau. My book, “Esau’s Blessing: How the Bible Embraces Those with Special Needs,” sees him as a beautiful but misunderstood character, loving, caring, and desiring to do well. Sadly, he is taken advantage of repeatedly, but despite the pain and suffering, he maintains his love and deep respect for his father.

In our parashah, a more mature and reasoned Esau has abandoned his fratricidal designs and is magnanimous and loving toward Jacob. Rabbinic commentaries tend to look at Esau as feigning a relationship while really intending to harm Jacob. In fact, some have gone so far as to read Esau’s embrace and kiss of Jacob as an attempt to bite his neck, an attempt that was stymied by God miraculously turning Jacob’s neck into metal. Looking at the text without rabbinic commentary, however, leads to a far kinder reading of Esau.

When Jacob and Esau meet, Jacob approaches the meeting with fear and trepidation. Jacob is aware that he caused irreparable damage to Esau and understandably assumes that Esau would want to exact revenge. However, Esau greets him with love, affection, and a desire to live together in the future. Not only does Esau act as if they are simply long lost brothers, he does not even seem to understand that Jacob assumes otherwise. It is telling to compare his reaction to that of Joseph when reuniting with his brothers after their long separation. There, too, the last meeting between Joseph and his brothers involved the brothers causing him irreparable harm. Joseph, however, assumed that his brothers would be afraid, expecting him to be angry and vengeful. He therefore repeatedly assured them that he was not angry and that he understood that it was God’s providence that caused him to be imprisoned in Egypt. Esau, on the other hand, naively assumed his brother would be equally happy to see him.

Esau seems to know how to live his life unencumbered by regret and anger. He knows how to move on from difficult situations and to see good in others. Whereas Jacob lives with guilt and fear, Esau seems to have found peace and happiness. He is able to greet his brother with open arms, with joy, and with hopes of reconciliation.

Perhaps this is who Esau has been all along. It is interesting to think about Rebecca’s directive to Jacob when she told him he needed to flee after cheating Esau. She told him Jacob to go live with her brother, Laban, until Esau would calm down and forget what Jacob did [Genesis 27:45]. While many read Rebecca as trying not to scare Jacob about his future, perhaps Rebecca really understood Esau. Perhaps she really knew that Esau would forget what Jacob did, and move on. The Hebrew word translated as “forget” is “shakhah.” I think a better sense is “to not pay attention to, not to focus on, or to move on.” We do not assume that Esau totally forgot what happened. Rather, he moved on from the pain and sadness and found peace.

Esau’s approach to meeting with Jacob represents a healthy way of life. Esau is happy, calm, even excited to reunite with his brother. This healthy approach spread to Jacob as well. Jacob could not believe that Esau was treating him this way. He asked Esau directly, “Why have I found favor in your eyes?” [Gen. 33:15]. He had spent the past decades living with his guilt, feeling taken advantage of by Laban, struggling with his own actions and his great fears for the future. After Esau’s magnanimous act, however, Jacob arrived at Shechem “shalem” (whole). Esau’s kindness bestowed upon Jacob a long overdue and sorely needed feeling of wholeness.

As we read this parashah, and think about the difficult patriarchal relationships and struggles it depicts, our goal should be to emulate Esau, to move on from difficulties in our lives, to “forget” wrongs done to us, to reach out to others, and to allow ourselves and others to move on with life shalem, whole.

Dr. Ora Horn Prouser, executive vice president and academic dean at The Academy for Jewish Religion, a rabbinical, cantorial, and graduate school in Yonkers, is author of “Esau’s Blessing: How the Bible Embraces Those with Special Needs.”