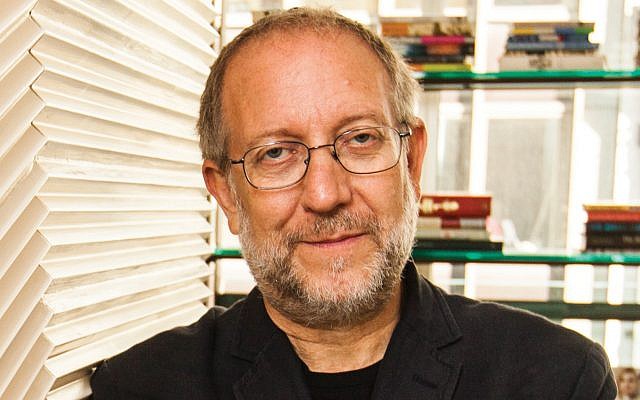 Invitation accepted. Israeli author Yossi Klein Halevi reached out to Palestinians, asking them to join in a respectful conversation about their national narratives — even if irreconcilable with Israelis’ — to fully hear each other’s story.

The new paperback edition of this book, “Letters to My Palestinian Neighbor,” includes an epilogue with a selection of written responses, from Palestinians and others in the region. When the original book was published last May, he offered it in Arabic translation as a free download. So far, it has been downloaded “well over 1,000 times,” Halevi says in an interview, and he has received about 1,000 responses, some brief and nasty, but many profound.

The responses express, as he writes, “deep anger, good will and passionate but respectful disagreement.” Some sign off with their names, while several write anonymously, out of fear of going public. Halevi, who is a senior fellow of the Shalom Hartman Institute in Jerusalem, admits that the letters are not always easy to read, but they provide much insight.

While he has been corresponding with some of these people for months, he includes only their letters. As he explains while in New York City recently, “It was a deliberate decision to give them the last word, to honor them for their courage and good will, and also to create a different tone. This is not a debating club. I am trying to create a space where I can speak about who I am and they can speak about who they are. 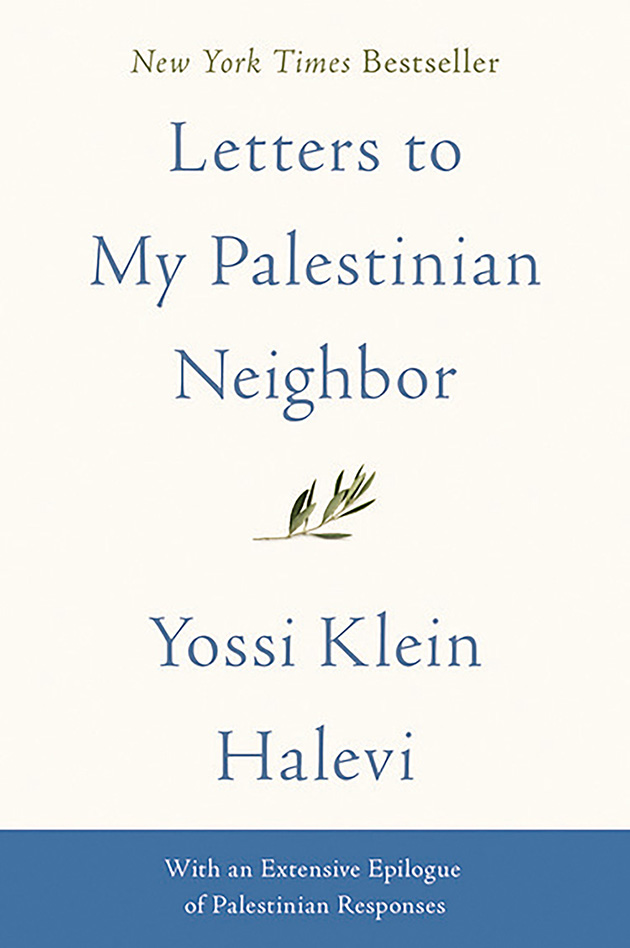 “What these letters have done for me is to restore a Palestinian voice in my head,” he says, noting these voices were erased during the second intifada. Previously, he traveled within Palestinian society, but it became too dangerous. “I now have a relationship again with some of my neighbors. This commits me emotionally in a way that I haven’t felt in 20 years.

“My wife says this book is like a letter in a bottle thrown over a wall,” he says. He writes as a person of Jewish faith to Palestinians, and he also writes to a wider audience, especially young Jews, affirming the integrity of the Israeli narrative, with a 21st-century perspective.

Readers of the original book will want to flip right to the talk-back epilogue. Several of the letters accuse the author of historical mistakes or choosing to ignore nuances, and respectfully disagree with some of his points; most applaud his effort to open up the conversation and listen. Some of the writers say that they indeed recognize the state of Israel, and hope for mutual recognition. One writer, an Egyptian novelist, suggests that every Palestinian and every Israeli needs to read the book. Another writer, from Amman, Jordan, asks why it has taken so long for an Israeli to reach out, “when it’s almost too late.”

“There are only two options. Live in the past and die fighting for your claim or live for a hopeful future building my state next to yours,” writes an anonymous correspondent who is active in efforts on behalf of the Palestinian economy.

Halevi grew up in Brooklyn and made aliyah in 1982. At Hartman, he co-directs the Muslim Leadership Institute together with Imam Abdullah Antepli of Duke University, where they teach emerging Muslim American leaders about Israel and Judaism. He says that this book is, in part, a result of that project.

Previously, Halevi has written, most recently, “Like Dreamers,” about Israeli paratroopers who reunited Jerusalem during the Six-Day War, “At the Entrance to the Garden of Eden” and “Memoirs of a Jewish Extremist.” The letters book is most closely connected to the Garden of Eden book, which chronicled the two years he spent deeply exploring the different spiritual practices of his neighbors; it was an experiential account, where he reported on services in mosques and churches, trying to understand faith through the eyes of others. In his new book he refers to that time: “My journey into your faith was an attempt to learn a religious language for peace.”

“Here I am returning the favor even though not asked,” he says. “This is an attempt to explain to my neighbors something of my faith and experiences as an Israeli.”

“The letters book,” he continues, “is a religious book, very much written from a Jewish religious sensibility to a religious Muslim. The reason for that is that in the Middle East you cannot separate politics and history from religion — a mistake that Westerners bring to attempts at peacemaking.”

He notes that the book can be confusing to some readers because it’s a book about empathy and outreach to the Palestinians, but he’s writing not from the left but from the Israeli center, defending Zionism. And it might be confusing to readers on the right as he’s writing as a person of faith, promoting understanding of the Palestinians’ perspective.

Recently, a leading newspaper in Morocco, Al Ahdath Al Maghribia, published a front-page review that Halevi says is very positive. And, in a first, a leading Saudi newsweekly, Al Majalla, published a favorable review of the book explaining the roots of Israel’s spiritual and political legitimacy. Later this year, the book, including the letters, will be published in Hebrew.

Modest about his efforts, Halevi says he doesn’t expect to make peace — although he wishes he could — but to model a new conversation.

“No peace now, but maybe peace later,” he says. He’s in favor of efforts that “complicate the map, that open up the possibility for the unexpected to happen.”