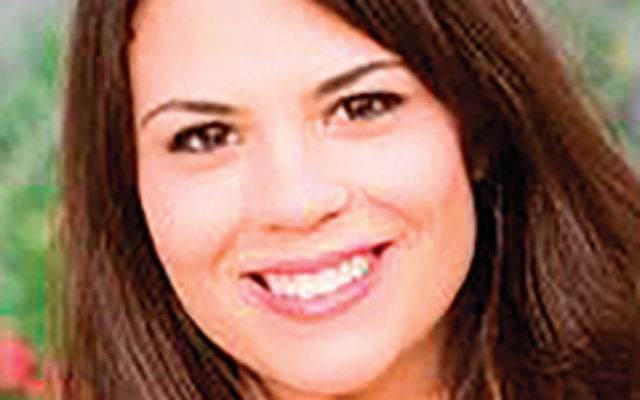 Questions about interfaith families and intermarriage are as old as the Jewish community itself. Just this month we read in the Torah portion of Abraham’s concern about whom his son will marry and what it will mean for the future of the Jewish people: even the story of the first Jewish family includes handwringing about intermarriage and the desire for Jewish grandchildren. And yet, despite these centuries of practice, many still struggle with how to work with those from intermarried families. Our communities still have too many barriers to entry, too many assumptions about what makes someone a Jew.

But with the rise of the millennial generation and Generation Z — the first generations born since the Jewish intermarriage rate passed 50 percent — welcoming those from intermarried families has never been more urgent. This generation is the most diverse generation in Jewish history and its members take pride in that diversity.

What was once considered on the margins of Jewish life is now central to our work at Hillel International. We need to give our students and staff the tools to engage Jewish students today as they are, not as we wish they might be, nor as we remember them being 10 or 20 years ago. This year, we’re trying to make this mandate even more explicit. Our work at Hillel International is about hachnasat orchim, welcoming. The more we consider the broad diversity of students and student experiences, the better we can live the values of inclusivity and welcoming in our Hillels.

I’ve never witnessed the importance of this inclusivity more than watching the response from a diverse group of Hillel student engagement interns when they received a letter written by Michael Douglas, this year’s Genesis Prize winner, at a recent Hillel conference. I expected students to be excited by the recognition from a celebrity, but I didn’t expect them to be so moved. Students approached me and other Hillel staff members, often in tears, sharing that while they felt a part of Hillel, they still felt the need to hide something about themselves out of fear of rejection. Perhaps we wouldn’t view them as Jewish if their one Jewish parent was their dad, they told us. Perhaps they wouldn’t be able to go on Birthright, the free trip to Israel for young Jews (they can). Perhaps they couldn’t be Hillel president (they can). So many could-be scenarios were finally answered, simply because we held up Michael Douglas — whose father is Jewish and his mother was not, who is married to someone non-Jewish and has raised his children with a love for Judaism — as a Jewish role model to students.

While Michael Douglas might not write a letter to every synagogue, summer camp and Jewish organization out there, the simple act of including someone from an intermarried family in a visible role can be transformative. The nonprofit Advancing Women Professionals and the Jewish Community’s strategy of featuring Jewish women leaders has succeeded in making our discussions, conferences and communities more diverse and more open to women. Couldn’t a similar strategy to highlight Jews from intermarried families be just as successful?

A recent study by the Maurice and Marilyn Cohen Center for Modern Jewish Studies at Brandeis University found what professionals at Hillels across the country have known for a long time: College is one of the most effective times to reach people from intermarried backgrounds. And, the study found, when students from intermarried families participate in Hillel and other Jewish groups on campus, they become as likely to celebrate their Judaism as students with two Jewish parents, and the likelihood that they later identify as Jewish nearly doubles.

If you want young Jews engaged Jewishly, stop focusing solely on whom they will (eventually) be engaged to. Jewish values are lived every day — not just on our wedding day. We must welcome students from intermarried families as important members of our Jewish community and continue to embrace them even if they choose to marry someone of another faith,or not marry at all.

It is long past time for us to welcome those of multi-faith backgrounds as full members of our communities. Generation Z finds no contradiction in being fully Jewish and fully something else, according to countless studies and anecdotes. Hillel has found that programs — like Ask Big Questions — that explore and honor the multiplicity of people’s identities are the best way to keep young Jews engaged in their exploration of Jewish life.

Too often Jewish communal leaders worry that the rise in intermarriage and interfaith families is a sign of the decline of the Jewish people. The fact is that intermarriage is a reality of Jewish life today, and to consider it only as something we tolerate, at best, will merely serve to drive young Jews away from our community. The story of Isaac and Rebecca reminds us that welcoming new people into our communities is a fundamental part of building a nation. We must move beyond simply forbidding and ignoring intermarriage and toward engaging all types of Jewish families.

We’re building a new type of Jewish community at Hillels across the country — but we cannot do it alone. We need to build welcoming and inclusive communities by engaging and celebrating with intermarried families, and help Jews from intermarried backgrounds strengthen their Jewish identities throughout their lives.