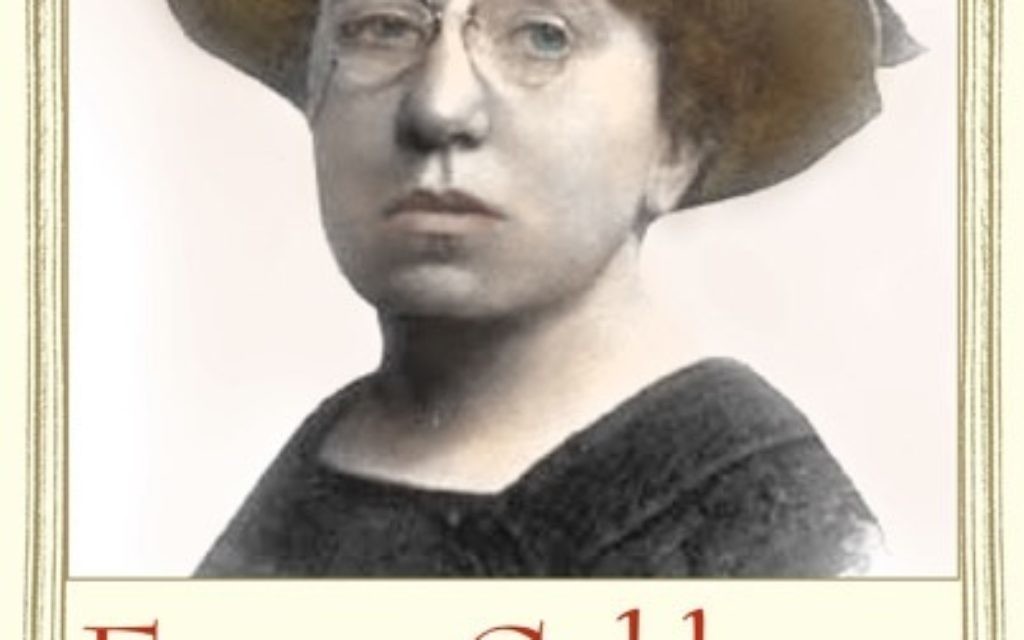 Note: The thorny issue of America’s immigration policy is never very far from the center of our national political dialogue. On the heels of Arizona’s controversial immigration bill, Alabama recently passed one of the toughest anti-immigration statutes in recent history. In addition, the federal government increased its deportation of illegal immigrants by 6 percent in the last two years, to 393,000. And in the most recent debate between GOP presidential hopefuls, Texas Gov. Rick Perry attacked former Massachusetts Gov. Mitt Romney for employing a gardening crew that hired illegal aliens. In turn, Perry has been criticized for a Texas law granting tuition breaks to the children of illegal immigrants who attend Texas universities.

In the essay that follows, Vivian Gornick, author of a new biography, “Emma Goldman: Revolution as a Way of Life” (Yale University Press), puts the issue of immigration in a Jewish context. Goldman was a Russian Jewish immigrant who arrived in American in 1889. She became an outspoken political radical and remained in the U.S. until 1919. That year, amid the xenophobia of the First World War, she was deported, along with many other Jewish radicals.

On a Sunday morning in August 1889, 20-year-old Emma Goldman — already a committed anarchist — arrived in New York City with a sewing machine under her arm and $5 in her pocket, made her way down to Sachs’ Café on the Lower East Side where, she knew, every anarchist in the city hung out. Within the hour she had met Alexander Berkman, who would become the most important person in her life, and fallen in with a group of his friends, who invited her to share their apartment; that same evening she was taken to hear the fiery German anarchist, Johann Most, the man who would eventually initiate her apprenticeship as a public speaker.

The speed with which Emma felt herself folded into the communal life of the young would-be revolutionaries milling around lower Manhattan in the 1890s — all immigrants, all speaking Russian or German or Yiddish — was actually unremarkable, given the time and the place. Across the world their counterparts were gathering in ever-growing numbers in much the same way. Emma and her friends could have been living in Petersburg or Paris, London or Berlin, Zurich or Budapest, for all that the city in which they actually worked imprinted on them. A sense of shared political urgency, alive to the touch at that time in Europe and Russia as well as in America, made it reasonable for these people to think of the coming revolution as a universal certainty, and that certainty became the home they never left. Wherever they landed, they ate, drank, and slept revolution. The jobs they held — driving trucks, sewing clothes, baking bread — were in every sense of the world day jobs. Revolution was who they were and what they did.

Even though they thought of themselves as citizens of the world, Emma and her friends — nearly all of them Jewish — felt most at home on New York’s predominantly Yiddish-speaking Lower East Side, where the sociology of world radicalism was replicated in miniature. A small, densely populated part of the city, the area was famous not only for its “teeming masses” (those fabled immigrants supposedly waiting only to become true-blue Americans), but for this army of radicals (socialists, anarchists, unionists) whose presence in the neighborhood was as familiar a sight as that of the grocer, the rabbi, the night-school teacher. “Uptown” remained foreign territory, an abstraction where capitalism incarnate resided, but here in Lower Manhattan immigrant radicals swam like fish in the sea, vividly present when aboveground and easily camouflaged when not, but either way exerting an influence disproportionate to their numbers.

As everywhere these radicals lived the government was their determined enemy, one of the givens of this life was that one was always in danger of being beaten, arrested, jailed, deported; which many of them (including Goldman) were, over and over again throughout their political lives. None of it seemed to deter them. If the worst came to the worst, and you were deported, you simply crossed the border and took up residence in another country where you easily went on with the work. There was almost no way for officialdom to keep track of the thousands of radicals drifting across the world. With the advent of the First World War, however, this ease of movement came to an abrupt halt. Suddenly, the entire world seemed overtaken by a xenophobia of massive proportions. Everywhere now, passports, visas, entry permits, became the coin of the traveler’s realm. To be without one or all of them guaranteed a hellish existence.

In 1919, after having spent two years in prison for their anti-war work, Emma and Alexander Berkman were deported to the Soviet Union where they thought they would happily spend the rest of their lives in revolutionary usefulness. But the growing Bolshevik dictatorship appalled them, and within two years they left the country of their own accord, thus becoming what could be called premature anti-communists — and permanent exiles.

Now, having alienated the left as well as the right, Goldman and Berkman, without friends on either side of the political divide, were stateless in every sense of the word. Wherever they landed, they were told to move on. In the United States, every agency that had a stake in their never again setting foot in America — Immigration, Justice, the military — seemed to become unhinged upon learning of their departure from Russia. J. Edgar Hoover himself alerted every intelligence agency in Europe to the danger of giving these world-famous “terrorists” asylum, and had their photographs sent to officials at every border and port of entry throughout the West.

Years later, in the ‘30s, Goldman wrote a piece called “The Tragedy of the Political Exiles” in which she described the lot of political refugees from 1918 on. Before the war, she said, all radicals could easily come and go. “In those days who cared about passports or visas? Who worried about one particular spot on earth? The whole world was one’s country. One place was as good as another where one could continue one’s work for the liberation of one’s autocratic native land. Not in their wildest dream did it occur to these revolutionaries that the time might come when the world would be turned into a huge penitentiary. … The war for democracy and the advent of the left and right dictatorships destroyed whatever freedom of movement political refugees formerly enjoyed. Tens of thousands of men, women, and children have been turned into modern Ahasueruses [Wandering Jews], forced to roam the earth, admitted nowhere, their lives made a veritable hell.”

Emma Goldman was born in 1869 in the Imperial Russian Empire where Jews did not have citizenship; at the age of 16 she came to America where, because she never sought naturalization, she lived for 35 years, also without citizenship; after that, having been deported from the U.S. in 1919, she lived for 20 restless years without a country to call her own, her presence challenged everywhere by whichever government rule she happened to come under. If anyone knew the punishing price of statelessness it was Goldman. Were she were alive today she would surely be in the forefront of the movement to alleviate the nightmare that is the life of the illegal immigrant.