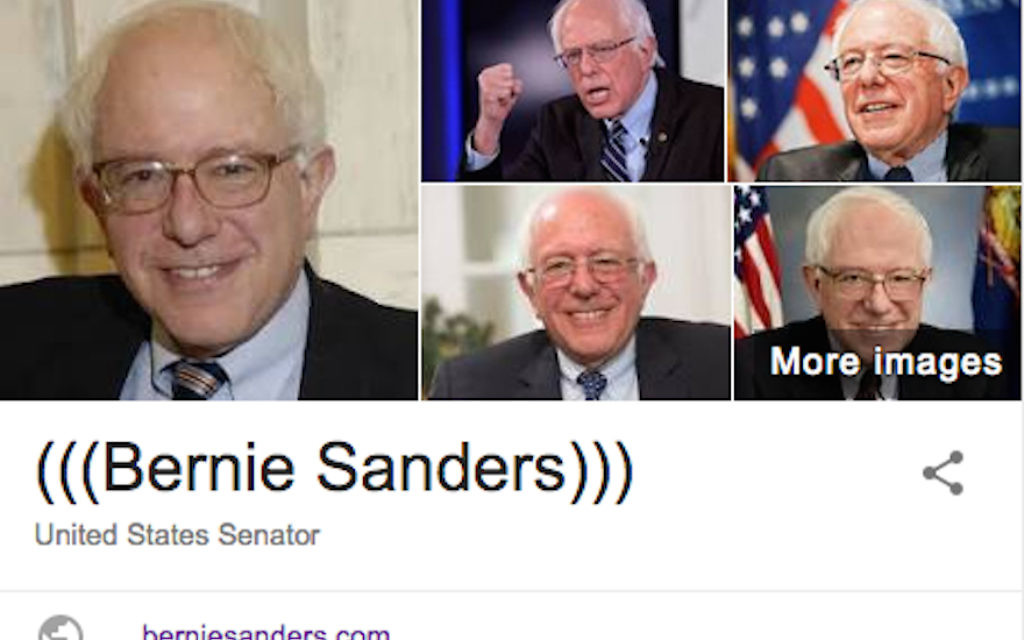 The Alt-Right—a term used for conservatives who oppose mainstream conservative values—has officially joined the Neo-Nazis, the Ku Klux Klan and other hate groups by originating their own hate symbol. The (((Echo))), a symbol used to detect and mark Jews on social media, was officially recognized yesterday by the Anti-Defamation League as the latest symbol of hate in the organization's growing database.

“The echo symbol is the online equivalent of tagging a building with anti-Semitic graffiti or taunting someone verbally,” said Jonathan A. Greenblatt, ADL CEO. “We at ADL take this manifestation of online hate seriously, and that’s why we’re adding this symbol to our database and working with our partners in the tech industry to investigate this phenomenon more deeply.”

The echo symbol was officially added to the database under the category of “General Hate Symbols,” joining the ranks of the Swastika and the Confederate flag. The ADL said that this is not the first symbol added to the database that originated on the internet (the “Anti-Racist is a Code for Anti-White” internet meme was also recently added).

The echo symbol was first discovered by Jonathan Weisman, a New York Times editor, last week after he became the latest Jewish journalist to be attacked by anti-Semitic vitriol online. (The news organization MIC later connected Weisman to an Alt-Right podcast called The Daily Shoah, hosted on the Right Stuff blog.) The symbol was used as part of Google Chrome browser extension called the “Coincidence Detector” that would bracket Jewish-sounding last names with three parentheses on either side, known as an (((echo))).

While the effectiveness of the extension has been debated, the ability to detect the symbol has proven difficult as the symbol is not searchable on nearly any social media site. Google has since removed the extension from its Chrome Web Store.

Many Jewish Twitter users have already begun to co-opt the symbol, placing their last name within the echo symbol in a sign of solidarity with the Jewish writers who have been attacked online in recent weeks.

“Alt-Right,” or the “Alternative-Right,” is a growing schism of the political right who reject traditional conservative values, which they refer to using the derogatory term “Cuckservatism.” The group advocates for a new conservatism that embraces white supremacy and racist ideologies. The individuals subscribing to this ideology has coalesced over the past year in their support for Donald Trump and are primary perpetrators behind the recent spike in online anti-Semitism.

The ADL has been fighting online hate for over thirty years, including an online toolkit on their website informing about how to “Respond to CyberHate.” In February, the group released a short report on the Alt-Right and the impact that the group is having online. The organization continued their fight against online hate last week when it announced the formation of a task force to address the recent anti-Semitic and racist attacks against journalists on social media.