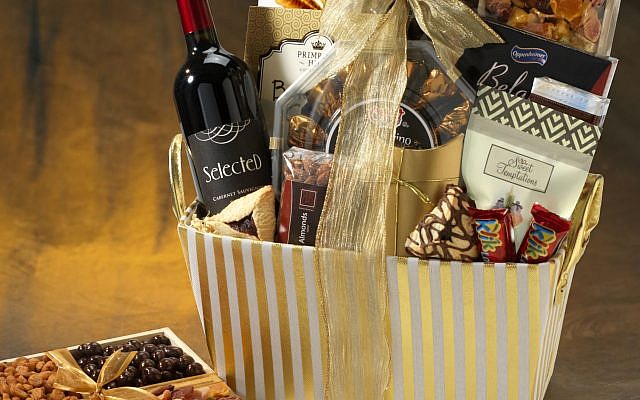 The mitzvah of mishloah manot, giving gifts of food to each other on Purim, is today performed more in the breach than the observance. In many synagogues, people bring small bags of sweets to the nighttime megillah reading and distribute them to friends. Those who do not receive a bag feel hurt. To alleviate this awkward situation many synagogues have taken up the practice of asking people in advance to donate to a fund with everyone in the synagogue given the same box, usually filled with wrapped candy from Israel. The boxes are not delivered to anyone’s home on Purim but left in the synagogue for pickup. Most people don’t bother to take a box and much of the candy is discarded right before Pesach.

Is this how the mitzvah of mishloah manot was supposed to be performed? No. The Jewish law codes, from the Talmud to the Shulchan Aruch, describe this mitzvah very differently. Mishloah manot originates in the book of Esther. We are told to celebrate Purim day with “feasting, merrymaking, sending gifts to one another (mishloah manot) and presents to the poor.” (Esther 9:22). In the Talmud, Rav Yossef says that the words “mishloah manot” mean that we are to send two portions of food to at least one person (Bavli, Megillah 7b). Several reports of food exchanges follow. One rabbi sent a leg of lamb and a barrel of wine to his colleague. Others sent roasted kernels of wheat, a basket of ginger, or a cup of long-stalked peppers. The Talmud’s discussion then moves on to the Purim seudah, or meal, which, as one rabbi states, must be eaten on Purim day, not Purim night. There is a report that a rabbi ate the Purim meal at the home of his mentor and then ate a second Purim meal at the home of a colleague to whom he was delivering mishloah manot. The Talmud further relates that two rabbinic colleagues pooled resources for the Purim seudah and ate it together. The most intriguing detail in the discussion of the Purim meal is the brief statement that two brothers exchanged Purim meals with each other. No reason is given as to why they did that. We therefore ask: What did they gain by the exchange? Why not just eat one’s own meal at home?

A clear explanation of their behavior appears centuries later in the Shulchan Aruch. It states: “A person is obligated to send a neighbor two portions of [cooked] meat or other [prepared] food on Purim. . . but if one does not have the means [to send mishloah manot and also host a Purim meal], he (or she) can exchange Purim meals with a friend. Each sends a meal to the other to fulfill what is written in the Book of Esther, “send gifts of food to each other. . . . ” (Orah Hayyim, Hilkhot Megillah, 695). This is an astounding statement. Note the seamless transition from discussing the sending of mishloah manot to saying that an exchange of Purim meals fulfills that very obligation! The point of sending mishloah manot is to give the recipient food for his or her Purim meal. This means that the two acts are, to a great extent, one and the same mitzvah. The reason the two brothers exchanged Purim meals with each other, we now understand, is that they did not have the resources both to send mishloah manot and also host a Purim meal. They therefore needed to fulfill both of these mitzvot with just one act—a meal exchange.

What does the paragraph in the Shulchan Aruch say to us today? It suggests that by giving candy to our friends we are not fulfilling the mitzvah of mishloah manot. We are instead treating Purim as if it were Halloween. That is not the intention of the rabbis of old. They see mishloah manot as a way to make sure that people have a Purim meal. The rabbis are thus encouraging people to celebrate Purim as they do Sukkot or Pesach, with a lavish seudah, preferably with guests..

The contemporary implications of this ancient practice are now clear. Synagogues today could do the following: first, strongly discourage giving mishloah manot on Purim night, because the mitzvah of mishloah manot is for Purim day; second, discourage giving bags of sweets; third, stop preparing boxes of candy for pickup by synagogue members. That, too, does not fulfill the mitzvah. Rather, ask people to show up on Purim afternoon with two cooked dishes for a communal meal that is open to all without payment. That is, sponsor a pot-luck Purim seudah. And invite some poor people to attend as well, which is another Purim mitzvah. Or ask people, a few days before Purim, to cook two dishes for the Purim seudah in the synagogue kitchen with ingredients that they purchase and bring. In this way, not only will they fulfill the mitzvah of mishloah manot on Purim day with two gifts of prepared food for others, but they will eat a Purim seudah in a communal setting, fulfilling the requirement “to feast and make merry.” That would be a glorious way to mark, together with other Jews, the failure of our enemies to eradicate us.

Rabbi Judith Hauptman is the E. Billi Ivry Professor of Talmud and Rabbinic Culture (emerita) at the Jewish Theological Seminary. She is also the rabbi and founder of Ohel Ayalah, an outreach project to young Jews.