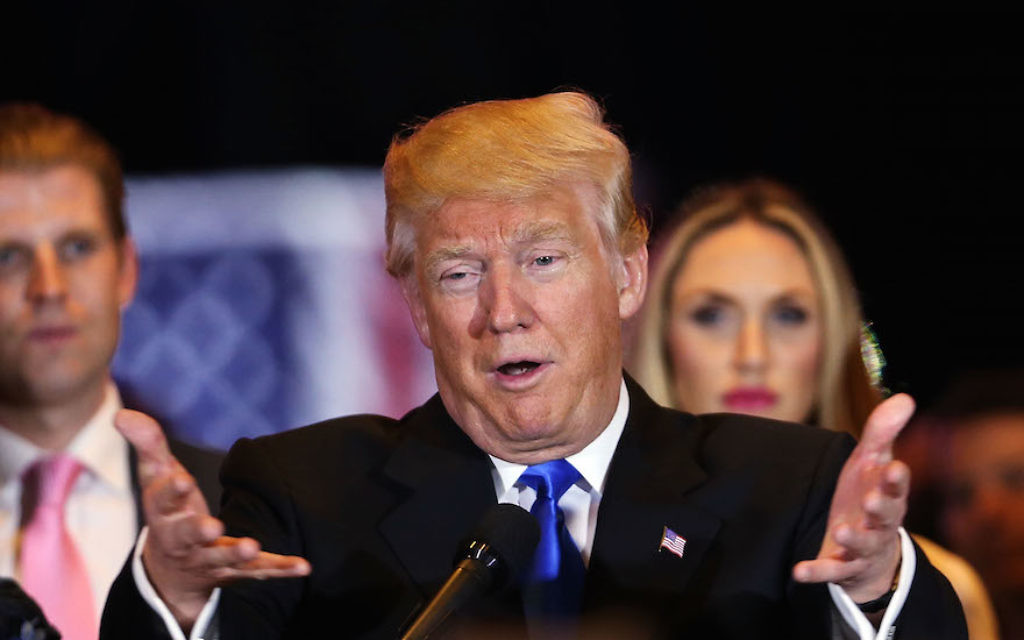 Washington — Donald Trump said he had no message for supporters who deluged a reporter with anti-Semitic comments after she wrote a critical profile of his wife.

“You’ll have to talk to them about it,” the presumptive Republican presidential nominee said Wednesday on CNN when told of the abusive phone calls, emails and social media posts received by Julia Ioffe after her story appeared in GQ.

“I don’t have a message to the fans, a woman wrote an article that was inaccurate,” he said.

Trump, a real estate magnate, said he had not read the article but had heard it was “nasty.”

“I’d like to see my family treated fairly and nicely,” he said.

Melania Trump in a Facebook post last week said the article was inaccurate. The one-time model, who is from Slovenia, also singled out for criticism Ioffe’s revelation of a half-brother born out of wedlock from a relationship her father had before he met her mother.

“My parents are private citizens and should not be subject to Ms. Ioffe’s unfair scrutiny,” she said.

Ioffe’s article was critical, but not exceptionally so for a political profile, portraying Melania Trump as hard to pin down on substance and as ambitious while she was a model. It also depicted her as intelligent, poised and loyal to her husband.