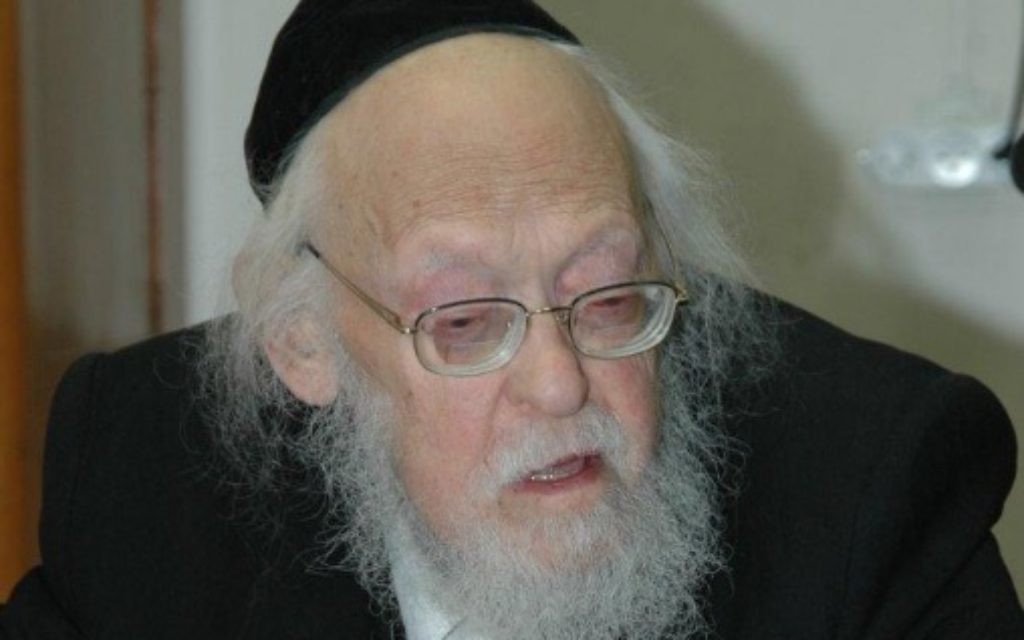 If further evidence is needed that the divide between the Orthodox and the rest of the Jewish community is widening, consider that 250,000 Israelis attended the funeral yesterday of a revered 102-year-old Torah sage in Jerusalem who is virtually unknown to American Jews outside the Orthodox world.

Rav Yosef Shalom Elyashiv was not a charismatic figure, lived in small, modest apartment in Mea Shearim, did not meet with Israeli government or other political leaders, is said to have never spent a night outside of Jerusalem, and devoted all of his waking hours to studying the Talmud, usually alone. Yet he was widely acknowledged to be the posek [religious decisor] for Ashkenazi, non-chasidic Orthodox Jews in Israel and throughout the diaspora, on issues from conversion to helping followers choose a marriage partner.

Can you think of another Jew who would attract a quarter of a million followers to pay their respects by attending his or her funeral?

There is much to be said about Rav Elyashiv’s scholarship and religious observance and lifestyle.

My point here is the deep lack of understanding between perhaps millions of Jews devoted to a Torah sage, and the great majority of world Jewry, far removed from not only knowing who such a man was but appreciating the religious commitment he embodied.