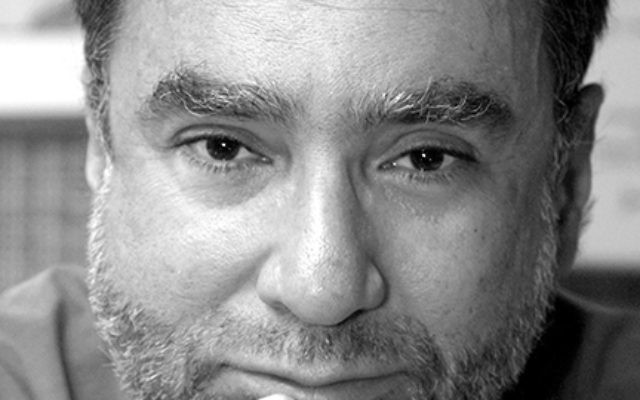 Donald Trump said that a judge of “Mexican heritage” would not adjudicate his case fairly.

Is this surprising? Not really. Many appearing before judges advance this variation on “the teacher doesn’t like me.”

You can’t lose. If the judge rules against you, it proves your allegation regarding his bias. If he rules for you, it doesn’t necessarily mean that your accusation was wrong. He ruled that way because the preponderance of evidence was so strongly in your favor, even he didn’t have the audacity to alter the self-evident verdict.

(To be clear, this essay is not about Donald Trump. I am not defending or criticizing him or his statement.)

What is surprising is the magnitude of the reaction to his statement.

He was compared to “Hitler and Mussolini.” The New York Times editorial headline was: “Donald Trump’s Contempt for the Rule of Law.” Two days earlier, the story was considered so newsworthy that the headline “Trump Declarations Seen as Threat to Rule of Law” shared the top of the front-page with Muhammad Ali’s death. His statement was characterized as undeniable proof of his racism. Despite his many previous unprecedented positions, the Times declared this one, in particular, to be “a tipping point…” His bigotry was now public record.

The criticism, from both Republicans and Democrats, was so vociferous and interminable that Trump eventually and uncharacteristically backtracked (slightly) and then declared he would no longer address the issue.

I found myself reminded of a similar, if not identical, incident over 20 years earlier, and was struck by the contrasting reactions.

In 1994, William Kunstler, representing the Arab defendants accused of the first World Trade Center terrorist bombing, demanded that federal judge Michael Mukasey recuse himself because of his Jewish heritage. He claimed that Judge Mukasey could not possibly adjudicate this case fairly.

Though Kunstler and Trump were political antipodes, they were equals in attracting press coverage. Since Mukasey’s credentials were so impressive, his reputation so impeccable that he subsequently became United States attorney general, Kunstler had to up the ante in future press conferences by pointing out that Mukasey was an Orthodox Jew. (Surely no Orthodox Jew would give an Arab defendant a fair trial.) Kunstler even had a smoking gun; Mukasey’s wife was the principal of Ramaz, a Jewish day school.

What was the reaction to Kunstler’s claim?

There was none. Not only didn’t The Times think Kunstler’s argument worthy of an editorial, it didn’t even qualify as news. No front page, back page, or page in between. No public figure felt the need to criticize him. No one compared him to Hitler or Mussolini. No one pressured him to backtrack. No one characterized his position as bigoted.

He wasn’t running for president, but his talent at self-promotion, and penchant for publicity had made him one of the best-known lawyers of his time. Would not a prominent lawyer’s “contempt for the rule of law” be even more newsworthy than a politician’s?

Kunstler himself was Jewish, but many public figures have been criticized when they expressed bigoted statements regarding their own ethnic group. Why wasn’t he?

There is another possible theory, but it is unpleasant to contemplate.

If Kunstler had claimed that a Mexican judge was similarly incapable of rendering an impartial verdict, would there have been a similar silence? If he had claimed that a black judge could not impartially preside over a white supremacist’s trial, would no one have responded?

The answer is obvious.

Is it possible that there is a double standard in regard to the criticism of Jews as opposed to other ethnicities? Is it possible, as in Shakespeare’s time, that pricking Jews is not as offensive as vilifying other minorities?

It certainly appears that if you merely substitute “Zionists” for “Jews,” you can get away with any insult, no matter how vicious, or inaccurate. It certainly appears as if terrorist casualties in Israel are not perceived as horrific as those anywhere else in the world.

Shylock was correct in pointing out that Jews are equally “hurt with the same weapons.” It appears, however, that the sight of our blood is not as bothersome to the rest of the world.

The question is why.