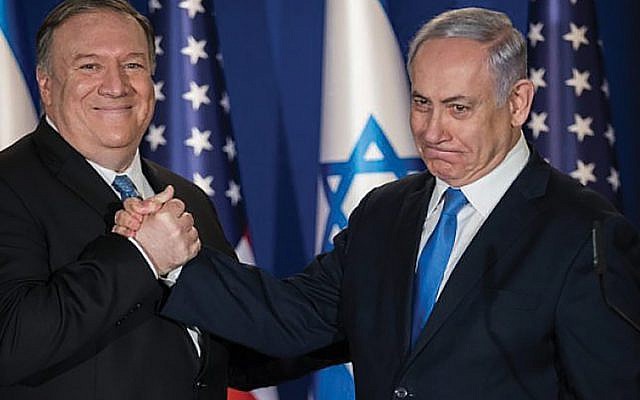 In recent years, pundits and community leaders have warned that Democrats — especially young progressives — have been moving away from Israel, threatening America’s longstanding bipartisan support for Israel.

At a time when the narrative about the U.S.-Israel relationship has been one of a fracturing bipartisan consensus and Democratic distancing from Israel and its government, the new data offers a possible reframing of the story. Instead of an analysis that explains weakening public support for Israel strictly on party lines, the new data suggests the divide may be more fundamentally generational.

“The notion of David versus Goliath was the foundational narrative of people who grew up in the 1950s and ’60s,” said Steven Bayme, director of Contemporary Jewish Life at the American Jewish Committee. “But the narrative since the collapse of Oslo, certainly the one that’s portrayed by the media, is essentially a sense of there are no rights, there are no wrongs, it’s a battle between two peoples claiming the same piece of land.”

Jeff Ballabon, a former adviser to the Trump campaign, also cited a media narrative about Israel, albeit with a different conclusion. “I think what you’re seeing is the result of media narrative and political narrative over the last generation, which has gone from acknowledging that Israel is a lone bastion of freedom and democracy to demonizing Israel.”

While previous iterations of this Pew poll asked respondents to choose whether they sympathized more with Israelis or Palestinians, this year’s poll was updated to allow respondents to indicate favorable or unfavorable impressions of both peoples and governments. Halie Soifer, executive director of the Jewish Democratic Council of America, noted her approval of the shift and pointed to the favorable impressions of both Palestinians and Israelis among Democrats.

“I think it’s important to not equate being pro-Israel with being supportive of every policy of the current Israeli government. Just as one can be a patriot and disagree with the policies of the Trump administration, so too can one be pro-Israel and disagree with the policies of the Netanyahu government,” said Soifer. “And I think we in the Jewish community need to ensure that there is space for expressing such views.”

“Everybody wishes that younger voters might be more engaged on these kinds of things, but they’re busy and they’ve got a lot going on,” said Neil Strauss, national spokesman for the Republican Jewish Coalition. “As you go up the [age] scale, the number just keeps increasing. So I have no reason to think that won’t be the case for Republicans.”

In an email to The Jewish Week, Michael Celler, director of Jewish engagement at the Republican National Committee, wrote: “From moving the U.S. embassy to Jerusalem to getting the U.S. out of the disastrous Iranian nuclear deal, President Trump has repeatedly demonstrated his commitment to our friend and ally Israel. Meanwhile, Democrats have failed to singularly denounce anti-Semitism — instead downplaying hateful comments — and their refusal to act will not go unnoticed by Jewish voters and every American who has been following along.”

Looking at the numbers on their own side, some Democrats saw a need for increased advocacy among younger Democrats to pull them to the pro-Israel side.

“What this tells me is our need to be advocates is even greater,” said Ann Lewis, co-chair of the Democratic Majority For Israel. “As we think about our communications strategy, about our advocacy, it means thinking more carefully about how we reach young people.”

“As this data indicates, it’s actually more of a demographic and age divide than a partisan divide,” said the JDCA’s Soifer.

“In the end,” stressed RJC’s Strauss, “the best thing for Israel is bipartisan support for Israel in the United States, and we see it as a travesty that Democrats aren’t holding up their end when it comes to making Israel a bipartisan issue.”