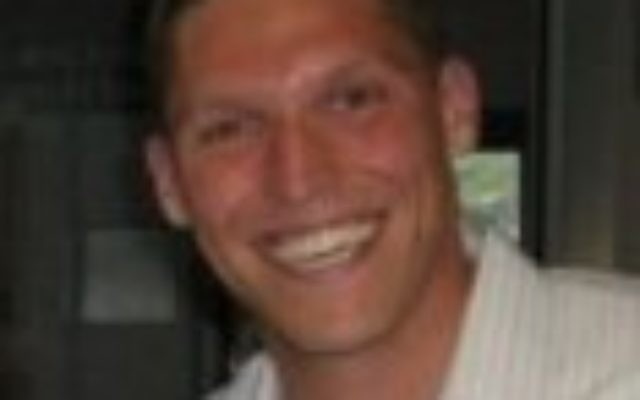 Last week, thousands of Ultra-Orthodox Jews came out for mass protests across Israel. What was the contested issue: defense for Israel? Support of Agunot? Parents against child molestation? An end to violating business ethics and Israeli law? Not in the least bit. Sadly, this mass protest, the largest of its kind in years, was for the right to keep Sephardim out of Ashkenazi schools.

As an Orthodox rabbi who has lived and studied within ultra Orthodox communities, my heart sank when I thought of the warped values Orthodox Judaism was portraying to the world as these men waved signs defending the “Torah way.” I’ve seen firsthand that much of the Orthodox community already holds a discriminatory, perhaps even racist, outlook toward non-Jewish sects, and it seems that this unfortunate phenomenon has penetrated even to segments within the Orthodox community itself.

This case is not simply a remnant of old racial divides between Western and Eastern Jews, but rather is indicative of an insidious and expanding problem.

As segments of Orthodoxy continue to fractionalize, more tensions emerge between Israeli Orthodox Jews and secular ones, and between Ashkenazim and Sephardim. In the Bnei Brak case, the protesters defended their ethno-segregationist policy not on the grounds of “race,” but rather to maintain religious standards and preserve modesty. However, are these really suitable reasons to separate our children from learning together? The Israeli Supreme Court answered with a resounding “no” when they ordered the break-away parents to return their children to the Immanuel Beit Yaakov last week.

If a community argued that they did not want to send their children to state funded schools with black or Chinese students, we would say that their request was inappropriate and morally deficient regardless of the reason they provided. It seems clear that the same reasoning holds here as well. Rabbi Yuval Cherlow, head of a joint army-yeshiva program in Petah Tikva, expressed this sentiment last week and pushed back against this unfortunate disregard for human dignity and equality.

“I cannot take part in the racism and discrimination that is taking place,” he said, adding that “it’s impossible to claim that this is Jewish law or that it is sanctifying the name of G-d.”

Israeli Ultra Orthodox groups continue to argue for strict segregation not only between Ashkenazim and Sephardim, but also between men and women. In fact, certain bus lines in Israel still require that women sit on the back of the bus; at times, violence has erupted when non-hareidim have not complied. Jewish law certainly does not mandate that men and women sit in different sections of the bus, nor does it require religious Ashkenazim and Sephardim to be segregated in schools.

Perhaps segregation in the private sphere can be tolerated, but it is wholly unacceptable in the public sphere. These positions are offensive and should be retracted. If we can’t even achieve tolerance within Jewish circles then we have little chance to achieve it between Jews and non-Jews and between Israel and its neighbors.

Part of the larger problem is that the Ultra-Orthodox have not embraced a shared language to discuss the demands of democracy; such acceptance would enable them to enter into public discourse and be interacting with the ethos of the Jewish people and the world. They define what is good simply by what they understand to be Jewish law and how they interpret the customs, committing G.E. Moore’s naturalistic fallacy. This religious hermeneutic precludes any possibility of a shared discourse with atheists or even religious individuals who use a comprehensive language invoking broader concerns of reason, identity, meaning, and morality.

As Jews, we have a religious obligation to be in relationship with one another, and it is imperative for us to strive for a space of shared language and understanding as a people. The Torah asks us “to do what is right and good in the eyes of the Lord” (Deuteronomy 6:18) and the rabbis interpreted this verse as a mandate to consider the widespread norms of moral decency (Sifri, Deuteronomy 72). The Rabbis teach that the parameters of halakhah must live up to contemporary moral standards and even surpass them.

It is for this reason that Rabbenu Gershom issued takkanot (religious decrees) in the 10th century to ban polygamy and to ensure that a divorce could only be legitimate if accepted by both the man and the woman (abandoning get be’al korkhah) when he realized that certain customs and religious standards were morally obsolete. There is significant historical precedent for the imperative to embrace contemporary moral concerns in order to maintain our strongest commitment to Jewish law and tradition. It is our duty to ensure that no one hides behind religious practice to create a system that treats some people, as George Orwell famously described, as “more equal than others.”

As our vibrant Modern Orthodox culture remains fully committed to halakhah while increasingly embracing religious pluralism, halakhic egalitarianism, communal inclusiveness, and universal social justice, our leadership should no longer allow discriminatory Hareidi positions to be the global face of Orthodoxy. Rather, we should openly and publicly challenge our beloved religious partners when we believe that their public practices contradict the ethos of the Torah, and we should likewise ask that other Jewish communities challenge us when our Modern Orthodox moral compass leads us astray.

We must support each other to create a more vibrant, honest, inclusive, and just religious community and deliberate attempts to further segregate and fracture the nation in the name of piety should be bravely and lovingly challenged. We learn that the Jewish people, are "k’ish echad b’lev echad" (like one person with one heart) and we should strive to integrate the full diversity of our community. To actualize ourselves as an Am Kadosh v’Ohr L’Goyim (holy nation and light unto the world) who fights against oppression in all corners of the world, it seems we must first remove the wrongs from within our midst. We will need full unity to do so.

Rabbi Shmuly Yanklowitz is the Founder & President of Uri L’Tzedek, the Senior Jewish Educator at UCLA and a 5th year PhD candidate at Columbia University in Moral Psychology & Epistemology.
.