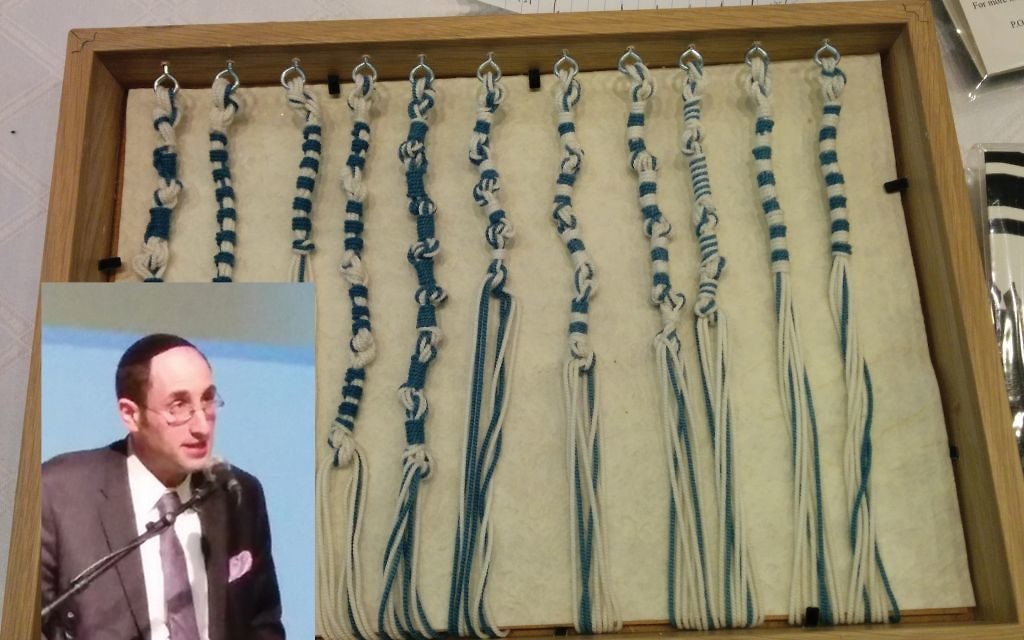 A spiny, 3-inch snail made big news in Jerusalem the other day.

During an all-day conference at the Begin Heritage Center, some 350 people heard lectures by an all-star international lineup — including rabbis and scientists, lawyers and political leaders — discussing the murex trunculus, and what comes out of it.

What comes out of its hypobranchial gland is a clear liquid that when exposed to sunlight turns sky blue — the hue that, according to biblical and Talmudic sources, is takhelet, the color of the clothing of the High Priest, the tapestries in the Tabernacle, and a tzitzit string.

After the Arab conquest of the Promised Land about 13 centuries ago, the identity of the dye-producing Mediterranean snail (known as a hilazon in the Talmud) and the process for producing the halachically acceptable dye was thought to be lost. In the late 19th century, a prominent rabbi, Gershon Henoch Leiner, the Radzyner Rebbe, announced that he had discovered a squid that fit the description of the hilazon; subsequent research by Isaac Herzog, chief rabbi of Ireland, disproved the squid theory but settled on the murex.

The Jerusalem conference marked the centennial of Rabbi Herzog’s doctorate on “Purple and Blue in Ancient Israel.”

The gathering, sponsored by the Ptil Tekhelet organization, and co-sponsored by several Israeli and USA-based groups, heard discussions on such topics as “Innovation in Halacha” and “The Relationship Between Science and Torah in the Writings of Rav Herzog.”

Of the many Jews who wear tzitzit strings on their tallit garments, a growing number — but still a minority — have in recent years added a string of tekhelet blue to the other white strings, indicating that they accept the murex as the source of the dye.

“While the white strings represent that which we can understand, the tekhelet represents the mysterious and the limits of human understanding,” Rabbi Meir Soloveichik, spiritual of Manhattan’s Congregation Shearith Israel, said at the conference. “A Jew can fulfill the mitzvah with only white fringes, but only when the concrete and the mysterious are on display side by side are Torah and Judaism truly represented.”

Another participant at the conference, Naama Sukenik, a curator at the Israel Antiquities Authority, revealed that a small piece of 2,000-year-old woolen textile discovered six decades ago in a cave near the Dead Sea was colored with a dye from the murex trunculus.