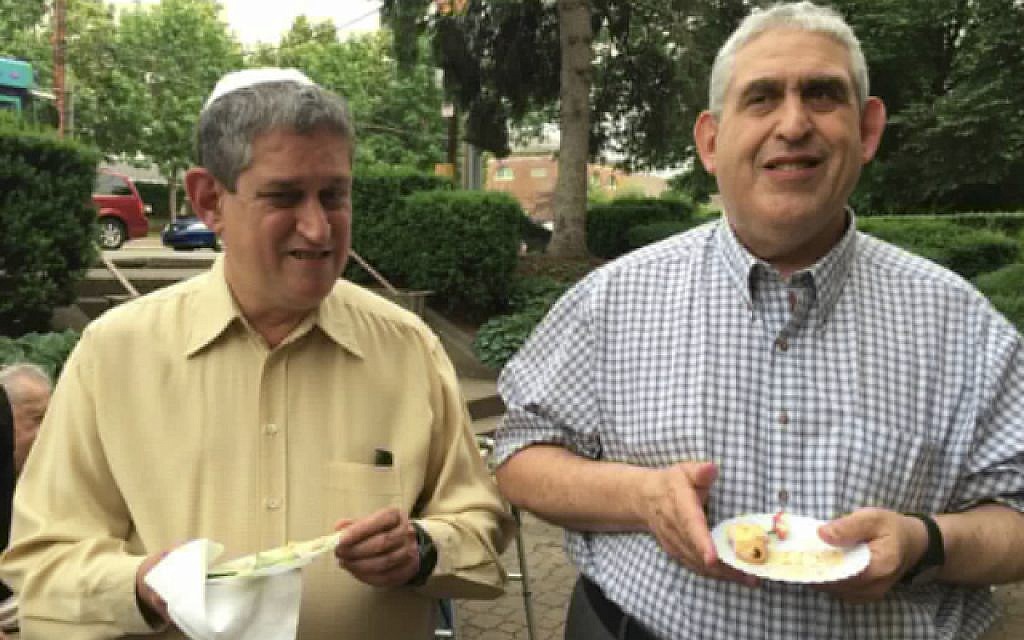 In America’s vast heartland, a sign might warn “Next rest stop 80 miles.” You soldier on—knowing that you’ll reach a motel in perhaps two hours.

In ancient Israel, a sign might have warned “Next Oasis—Two Days Away.” That’s why the patriarch Abraham made hospitality a priority.

In Genesis Chapter 18 and its Midrashic elaboration, Abraham welcomed wayfarers through four doorways in his tent. On one scorching day when no guests appeared, he was so upset that he ventured out in the noonday sun to search for them.

Seeing three wayfarers from afar, Abraham brought them to his tent. With alacrity, he and his wife Sarah arranged for them to wash their weary feet and fed them delicacies under a shady tree. When they thanked him, Abraham explained that it was only through God’s bounty that he was able to offer hospitality.

Abraham wouldn’t have hesitated to physically and spiritually nourish disabled travelers in the same tent as other guests. (When you pitch a tent on a flat surface, the structure is almost always accessible.)

The Torah portion about Abraham’s kindness was read in many congregations on October 27, 2018. That day, In Pittsburgh’s Tree of Life synagogue, two of Abraham’s descendants lost their lives while emulating his hospitality.

To greet and welcome fellow worshippers you must arrive at the synagogue before they do. Two brothers, Cecil and David Rosenthal, week in and week out, proudly appeared at Tree Of Life, often before services began. They just happened to have cognitive disabilities.

Nothing pleased Cecil (age 59) more than to greet worshippers and make sure they had prayerbooks. David (age 54) carefully and frequently cleaned the synagogue.

Because the brothers and other “core worshippers” arrived early, they were murdered by a gunman who screamed “All Jews Must Die.”

“They were just part of the fabric that every group wants to have,” said Barton Schachter, a past president for Tree of Life. “They’re there all the time, and they’re just two wonderful kids.”

(I do not criticize Mr. Schachter for referring to the brothers as “kids.” It takes time to change stereotypes.)

Honoring the Memory of the Rosenthal Brothers

We should remember the Rosenthals not just because of how they died, but even more because of how they lived. They didn’t wait to be welcomed and integrated into their synagogue. They themselves became the welcomers. Their frequent and valuable contributions taught congregants to define people not by their disabilities, but by their actions and deeds.

We can perpetuate and honor their memory by broadening our awareness of disability. While we understandably admire disabled athletes and actors, we must not overlook “ordinary” individuals with disabilities who make life better for others every day and every week.  The Rosenthals reminded us that with an enlightened rabbinic and lay leadership, the integration of disabled Jews into synagogue and community life need not be a struggle. Meaningful integration comes about when worshippers with disabilities become “just part of the fabric that every group wants.”

In a climate where there is too much fury and too much hate, a synagogue is an oasis which nourishes and revitalizes its worshippers. The legacy of the Rosenthals inspires those of us with disabilities to be warm welcomers at our synagogues, perpetuating the hospitality which began in Abraham’s tent.