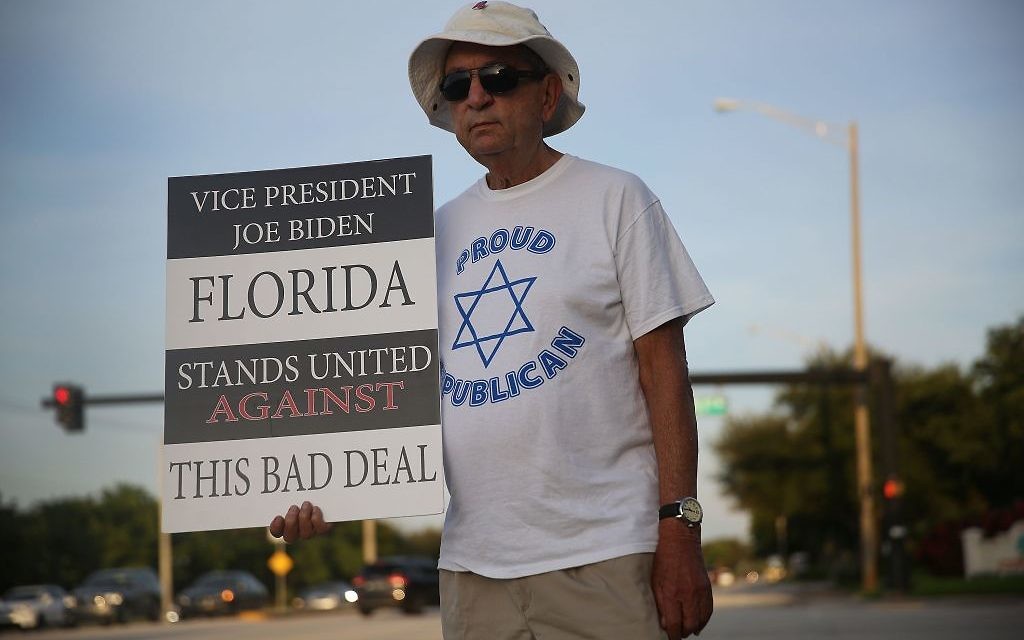 Israel may have won after all.

On the heels of the expected Congressional approval of the Iran nuclear agreement that was fiercely fought by much of the organized Jewish community here, some observers argue that Israel and its supporters earned a different kind of victory.

“Those members of Congress who voted with the president will [now] try every which way to work with AIPAC so that the Jewish community and its institutions will support them for re-election,” Abe Foxman, national director emeritus of the Anti-Defamation League, told the Jewish Broadcasting Service, referring to the American Israel Public Affairs Committee.

“Those on the Republican side who voted against it will come and say, ‘I stood with you, now I need support and a reward.’ I do not see damage. … I think when history is written, the Jewish community stood in solidarity with Israel even though at times it was difficult.”

Daniel Pipes, president and founder of the Middle East Forum, a right-wing think tank, suggested the agreement could actually lead to the downfall of the present Iranian leadership.

In a column titled, “A Tiny Silver Lining in the Otherwise Bad Iran Deal,” Pipes wrote that “greater contact with the outside world and a higher standard of living might erode the regime’s stability. The Soviet and other examples suggest that the more the subjects of a totalitarian system know and compare themselves to the outside world, the more dissatisfied they become with the existing ideological and tyrannical order.”

Iranian dictators, he added, “may also be undermined by inconsistencies and changes. This possibility does not reduce my vehement opposition to the Iran deal but it does add meager hope of long-term benefit, a goal that American, Israeli, Gulf Arab, and other strategists should now exploit to the maximum.”

Israel’s ambassador to the United States, Ron Dermer, told guests at a High Holy Day reception at his home last week that Israel rightly spoke up against the deal it believes “endangers our future.” But he said he was disturbed that its prime minister’s outspokenness sparked controversy and charges that he had turned Israel into a partisan issue in Congress.

Some contend that AIPAC erred in going all-out against a deal that President Barak Obama heralded as his singular foreign policy achievement that would define his presidency. AIPAC’s failure to round up sufficient Congressional votes to kill the deal after spending nearly $30 million for lobbying and advertising, say critics, has tarnished the luster on the once powerful organization.

AIPAC’s former executive director, Tom Dine, wrote in Foreign Affairs that the nuclear deal was AIPAC’s “Waterloo,” and compared it to AIPAC’s failure in 1981 to stop the Reagan White House from selling Airborne Warning and Control System, or AWACS, planes to Saudi Arabia that provided it long-range radar surveillance and a control center for air defense.

But Jonathan Tobin writing in Commentary rejected the criticism of AIPAC. He said the “AWACS defeat was a seminal moment for AIPAC because it was after that the lobby realized it had to prioritize building support for Israel in Congress on both sides of the aisle. Since then, its influence has grown to the point where it is demonized as an all-powerful tale wagging the dog of the American government even though its resources still pale before those of many commercial special interests.”

Tobin wrote that in the Iran deal, “far from illustrating AIPAC’s declining influence, the majority of both Houses of Congress actually agree with AIPAC on the issue. Moreover, polls consistently show that large majorities of Americans also oppose the deal. The only reason why the deal is surviving is due to a reverse ratification process that sidestepped the constitutional provision requiring two-thirds of the Senate to vote in favor of the pact.

"Instead," continued Tobin, "by brazenly claiming it required no Congressional approval at all and then agreeing to the Corker-Cardin compromise it let the president prevail with only the one-third plus one votes needed to sustain a veto. Anyone who thinks this shows that Obama’s left-wing cheerleaders at J Street have more influence on Capitol Hill than AIPAC needs math lessons.”

Foxman said efforts must now be focused on ensuring the safety of Israel in the event Iran cheats and forges ahead in a quest for a nuclear weapon.

“The U.S. should declare that it is putting in the hands of Israel bunker busters [bombs] and [providing] the ability to deliver them,” he told JBS. “The Iranians are not sure about America. The Iranians look at red lines [the White House drew] that have been crossed.

[But] if they know the Israelis have the ability [to respond] … that would be the best deterrent for the Iranians not to cheat.”

Obama has in recent weeks promised to provide Israel with advanced military weapons to ensure that it maintains its qualitative military edge in the region. Vice President Joe Biden reportedly told Jewish leaders at a Washington reception last week that the U.S. was “fully, thoroughly prepared” to meet with Israel’s intelligence and defense leaders to learn what they need.

The AP quoted a senior Obama official as saying possible dates for a meeting between Obama and Netanyahu were being explored for sometime “in the coming months.”

Malcolm Hoenlein, executive vice chairman of the Conference of Presidents of Major American Jewish Organizations, said he hopes that “partisanship can now be put aside so we can work together to assure the best possible outcome.”

“I think there has to be assistance to Israel because its security situation has changed, and all countries in the region are threatened” by Iran, he said, referring to an estimated $56 billion Iran would receive once it complies with terms of the agreement over the next six to nine months.

“If Iran is empowered and uses those funds to promote terrorism and violations of human rights, builds its missile capacity and makes aggressive efforts to undermine governments in the area like Yemen as it has done in Iraq and Syria and along the Israeli border, those are things we will have to be looking at,” Hoenlein said.

Jonathan Greenblatt, national director of the ADL, said he too hopes “good people on both sides of this issue come together to address the vulnerabilities and fill the gaps” left by the nuclear agreement.

“There is widespread agreement among Jews and non-Jews, Democrats and Republicans, liberals and conservatives, that Iran’s human rights record is terrible, its anti-Semitic rhetoric is abhorrent, as is the way it is destabilizing the region,” he said. “Now we have to come together to address it. I think our community and the rest of the country are of the shared opinion that there is more that brings us together than keeps us apart — and that is what we need to focus going forward.”

Greenblatt added, “All sides agree about the need to assure the safety of State of Israel and that Iran should never have a nuclear weapon. Serious work needs to be done to ensure that the [nuclear] agreement is implemented in a vigorous way. … This is not just a Jewish view, the American people share that perspective.”