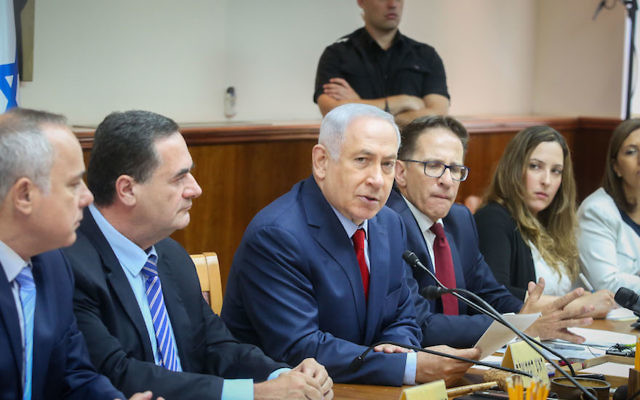 After days of bitter recrimination and backlash between critics and defenders of the Israeli government for its controversial stands on the Kotel compromise and a proposed conversion bill, the adversaries seemed to take a deep breath late last week, not a moment too soon.

The government in Jerusalem called for a six-month postponement on a potential bill that would give the Chief Rabbinate a monopoly on conversions in return for a six-month delay in legal proceedings seeking to reinstate the establishment of a permanent section of the Western Wall for egalitarian prayer. Both sides seemed to welcome the prospect of a “time out” for renewed efforts on a compromise, though critics of Prime Minister Netanyahu are wary of whether he can ever be trusted to keep his word on a commitment to diaspora Jewry that conflicts with his political machinations.

During one of several emergency meetings held in Jerusalem last week with American Jewish leaders, Netanyahu acknowledged that he reneged on his commitment to go forward with the Kotel proposal because otherwise he would have risked new elections, fearing his charedi partners would leave the coalition without a majority and the government would fall.

The two issues that prompted an unprecedented outcry from much of the non-Orthodox diaspora world are quite different, and indicate the wide gaps in how Israeli and diaspora Jews understand each other.

The Kotel controversy prompted the most public ire from American Jewish organizational leaders as well as heads of the Reform and Conservative movement. (To be clear, egalitarian prayer continues at Robinson’s Arch, the southern section of the Western Wall, as it has for years. The proposed plan would have enhanced and made permanent the area and called for a central entrance to the Kotel plaza.)

But the unprecedented anger and expressions of betrayal aimed at the prime minister were because he clearly and publicly backtracked on an agreement. And his doing so seemed to underscore that the liberal denominations, which make up the great majority of American Jewry, are not fully part of the Jewish people in the eyes of the Israeli government.

The conflict also highlighted the very different attitudes of American and Israeli Jews regarding their two societies, as well as their views of the Kotel itself. Except for the Orthodox, Israelis see the Kotel as more of a national and historic site than one for prayer. And to most Israelis, the liberal denominations — Reform, Conservative and Reconstructionist — are little known and little respected, an oddity of diaspora life yet to take significant hold in the Jewish state. Israelis may well ask: “Why should our government cater to diaspora Jews who don’t live here, don’t vote here and don’t send their sons and daughters to the army here?”

By contrast, American Jews of all stripes tend to view the Kotel as a place of prayer as well as a historic site. And liberal Jews may well ask: “How can Israel expect our full and unwavering support if it won’t let us pray equally, as we wish, at Judaism’s most holy site, the symbol of Jewish unity and Clal Yisrael?”

The charedi parties reneged on the Kotel deal when they came to realize it would have given the Reform and Conservative movements a part in managing the egalitarian prayer area of the Kotel, now controlled by the Western Wall Foundation, which has a charedi majority. The charedim fervently oppose any infringement on Orthodox control of institutions in Israel dealing with religion, so they fought the Kotel compromise and won.

That brings us to the conversion bill, which has far more potential to impact negatively on Jewish peoplehood. Those most affected by the legislation, calling for the fundamentalist Chief Rabbinate to have a monopoly on conversion, are the half-million Russian-speaking Israelis who speak Hebrew, live in Jewish families and serve in the IDF. Many would convert to Judaism if they were welcomed by the rabbinate; instead, the rabbinate has raised the bar. More lenient Orthodox rabbis, primarily in the Religious Zionist camp, have argued that the Russian-speakers should be seen as “zera Yisrael” (the seed of Israel), and be embraced and given an easier path to conversion. Their conversion courts would be abolished if the new law passes, jeopardizing the future unity of Israeli society.

What are the prospects of a meaningful compromise on these two issues in the next six months? It seems that years of discussions, debates and hammered-out agreements lead to a political dead-end — an ongoing battle between right-wing governments and a liberal Israeli Supreme Court. And what clout can a diaspora community have going forward?

It’s true that we don’t vote in Israeli elections and have, at least until now, ultimately shown loyalty to Israeli governments, even when there are policy disagreements. But times are changing. There are signs that some major donors to Israel intend to express their deep frustration by withholding funds. Jewish members in Congress have voiced dissatisfaction with Israel’s actions, and that can have an impact on Israeli policy, as can the flow of funds from Jewish donors to both Democratic and Republican candidates and officeholders.

Whether young American Jews, many of whom are more emotionally and/or politically distanced from Israel than their parents, will continue to support Jerusalem as did previous generations remains to be seen. In the meantime, one would hope that Israel’s leadership will come to recognize that American Jewish support — political, financial, emotional and spiritual — is vital, and no longer automatic.

We must continue to make our voices heard, explaining to Israeli officials why these issues matter so deeply to us and to our vision of a united Jewish people, and listen respectfully to their views. If these conversations aren’t effective, pursuing the judicial route at the highest level in Jerusalem is recommended. But convincing is preferable to coercing. And compromise is required if we are ever to truly be Am Echad — one people.