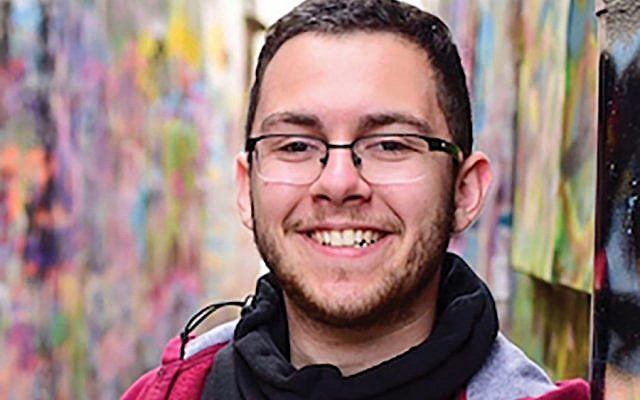 Jerusalem — At the Jewish New Media Summit, an Israeli government-sponsored gathering of over 150 Jewish journalists and bloggers from around 30 countries held in November in Jerusalem, one thing became increasingly and depressingly obvious: Israel has nothing new to say to diaspora Jewry.

Instead, pacifying the diaspora — and in particular North American Jewry — is such a standard act that the Israeli government simply dusted off old slogans and talking points to present, as if new, to the summit participants.

This year’s theme was “Israel and the Jewish World Relationship: It’s Complicated,” seemingly a response to “Let’s talk,” the Jewish Federations of North America’s slogan for its General Assembly held in October in Tel Aviv. Summit participants were treated to a diverse array of speakers and panels, from former Associated Press journalist Matti Friedman, who described the false worldview underlying reporting of the Israeli-Palestinian conflict, to panels like, “What have you done for the diaspora in the past year,” which presented opposition and coalition members of the Knesset to defend their track records on diaspora-related issues.

But it was only on the fourth, and last, day of the summit that, having plumped up the journalists and bloggers on well-catered food and exhausted them through detailed lectures and tours, Israeli officials got on their soapboxes to explain that there’s nothing really complicated about the Israel-diaspora relationship. Actually, it’s all pretty simple, was the message.

“I’d like to state very clearly: Israel regards the diaspora as a strategic priority,” said Hillel Newman, director of the World Jewish Affairs Department at the Ministry of Foreign Affairs, speaking in the last few hours of the summit. He noted that along with issues like Iraq, Syria and counter-terrorism, “taking care of the diaspora” is on “the top 10 list” for his department.

“We are aware that there are concerns in the diaspora [regarding] relations with Israel,” Newman assured us, citing “the Kotel Western Wall issue, the nation-state law, pluralism in Israel and the conflict with the Palestinians. … We’re aware of these issues.”

And for the next 15 minutes, Newman proceeded to give a short explanation of the first three subjects, essentially trivializing them and neutralizing any discussion. No Kotel deal? The egalitarian plaza exists, he said (and it would be nice if more liberal Jews made use of it). The nation-state law? Criticism denies Israel the right that any country has to define its national character. Religious pluralism? Orthodoxy controls Jewish status issues for the sake of Jewish unity because accepting Reform and Conservative conversions would fracture the Jewish people.

Regardless, Newman diplomatically added, “We cannot allow political difference to come between us.” But when asked by Jewish Week editor Gary Rosenblatt to comment on a sense of betrayal among some American Jewish leaders towards the Israeli government’s treatment of the Kotel, nation-state law and religious pluralism issues, Newman said, “There is a political dynamic in Israel,” and backtracked into explaining Israel’s coalition government model.

He was largely enabled and empowered by his audience of Jewish media to both flatter the diaspora and effectively defend Israeli inaction on issues important to world Jewry. With a group more full of pro-Israel bloggers than journalists, an impromptu press conference with Prime Minister Benjamin Netanyahu earlier that day showcased just how much the Israeli government was off the hook.

“How would you deal with Jeremy Corbyn becoming prime minister [of the United Kingdom]?” asked a British pro-Israel blogger, as the packed room began laughing. “Well, how would you deal with it?” responded the prime minister, grinning at the abundance of good humor. Even after saying “next question,” Netanyahu took the opportunity to launch into a commentary on anti-Semitic governments, anti-Zionism and Iran.

“Should Israel keep the Golan [Heights]?” asked one newspaper editor. Netanyahu laughed, clearly enjoying the attention of a crowd in awe, a welcome respite from coalition disasters and probing Israeli journalists. “Of course, we kept it!” he said, and the room laughed again. The Golan Heights was annexed by Israel in 1981.

The last question was blurted out by another blogger. “Mister prime minister, what would you say is the No. 1 reason that Jews in the diaspora are not making aliyah, and how would you address that apprehension?” That one gave Netanyahu pause. He said he simply didn’t know, though he had some ideas on the matter.

With such questions, why bother addressing world Jewry’s concerns?

For all the posturing and messaging, Israel-diaspora relations continue to be in a years-long crisis that is steadily getting worse. And under all the schmoozing, the jokes and the speeches sits the same message Israel has been sending the diaspora — and American Jewry in particular — for years: that Israel cares about the diaspora, just don’t ask the government to do a whole lot about it because coalition politics are complicated. And then: politics shouldn’t divide Israel and the diaspora. And if that confuses you, look to the ebullient, jokey and confident prime minister who would have been none of those things at our meeting with him if a questioner had bothered to ask about his ongoing corruption charges.

Lev Gringauz is a college student and writer, studying in Israel this year.