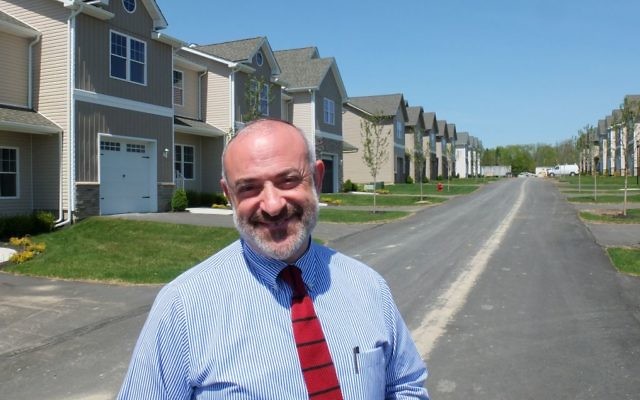 Lamm, 57, son of former Yeshiva University President Norman Lamm, entered a guilty plea before District Judge Vincent Briccetti in White Plains Federal Court on a charge of conspiracy to corrupt the electoral process. He faces up to five years in prison and is scheduled to be sentenced Sept. 28.

Joon H. Kim, acting U.S. Attorney, said Lamm “conspired to advance his real estate development project by corrupting the democratic process, specifically by falsely registering voters.  The integrity of our electoral process must be inviolate at every level; our democracy depends on it.”

Lamm was accused of attempting to corrupt the electoral process in an effort to build a 396-unit townhouse development in the Village of Bloomingburg. When local officials sought to delay the project by claiming it did not conform to the state fire code or other regulations, they were called anti-Semitic.

The project ran into difficulty when the developers’ secret planning documents and emails — which became public because of other litigation — revealed plans for a much larger project than publicly proposed.

Lamm’s co-defendant, Kenneth Nakdimen, pled guilty last month to the same charge and is scheduled to be sentenced Sept. 9.

William Herrmann, supervisor of the Town of Mamakating in which the development is located, said he looks forward to delivering an impact statement when the defendants are sentenced.

“Our community has suffered greatly over these past years … [and] believe this is the tip of the iceberg in uncovering wrongdoing and corruption beyond voter fraud,” he said in a statement. “[They] are still very active in hurting our community. Lamm and his co- defendants are building and developing based upon zoning approvals whose foundations were also built on false information. We are trying to stop this. …

“This is the first step in vindication for the entire community that has fought so hard to expose the efforts of Lamm, Nakdimen and his co-conspirators. The fraud they committed on our community must be fully revealed.”