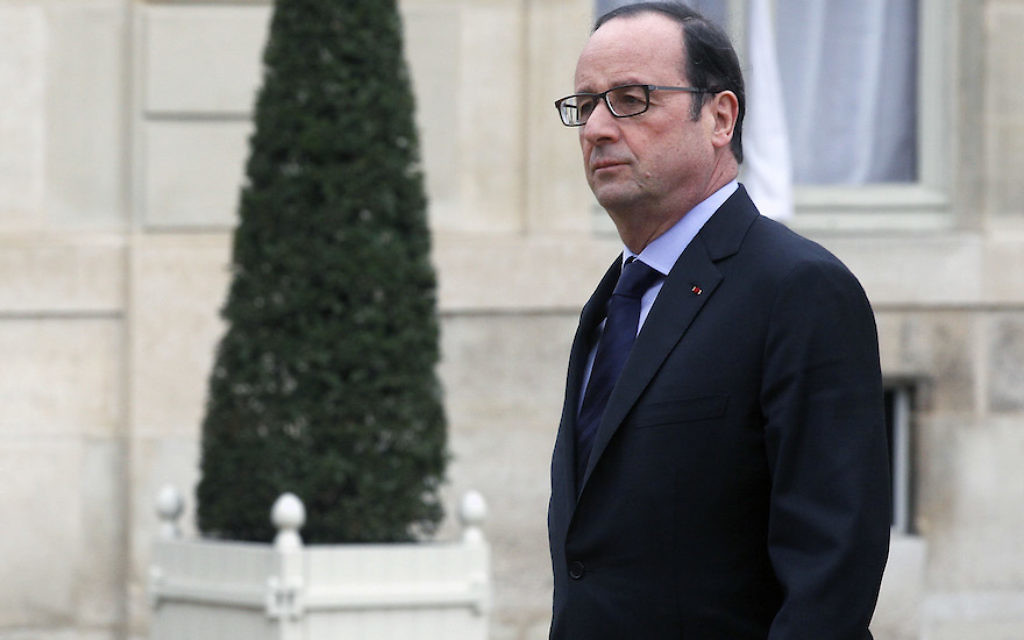 U.S., European and Arab diplomats are meeting in Paris for a French-led effort to revive the Israeli-Palestinian peace process, despite opposition by Israel.

Neither Israel nor the Palestinians is participating.

French President François Hollande said shortly before the summit’s opening Friday that the Israeli-Palestinian conflict is in a “dangerous deadlock.” The meeting will allow participants to “reaffirm their commitment to the two-state solution and their determination to create the conditions for resumption of direct talks,” he said, according to The Guardian.

France reportedly wants to set a deadline for talks after which it would recognize Palestinian statehood regardless of the talks’ outcome. Israel has dismissed the summit as doomed to fail because it does not involve direct talks between Israelis and Palestinians.

“The only way to get a stable regional arrangement that will allow us to create real peace in the Middle East is if the parties of the region come to understandings between them,” Dore Gold, the director general of the Israeli foreign ministry, said earlier this week.

U.S. Secretary of State John Kerry, who told Reuters his attendance was “only to listen to ideas,” and UN General-Secretary Ban Ki-moon joined Hollande at the conference along with representatives from the European Union, the Arab League and key countries in the region such as Egypt, Saudi Arabia and Jordan.

French Foreign Minister Jean-Marc Ayrault told the Le Monde daily that he hoped the summit would lead to another peace conference that would include the Israelis and the Palestinians by the end of the year, and for the creation of working groups to prepare for potential direct talks.

In the opening address, Hollande said recent changes in the Middle East “make it even more urgent to find a solution” and that “this regional upheaval creates new obligations for peace.”

In 2011, a wave of revolutions swept through the Arab world, toppling governments in Tunisia, Libya and Egypt, and sparking a bloody civil war in Syria and in the Sahara region. Jihadist groups have seized control of large swathes of land in some of those countries.

That year, Netanyahu said during a speech at the Knesset that these upheavals are making him less willing to make the sort of territorial and security concessions that the Palestinians are demanding.

“Israel is facing a period of instability and uncertainty in the region. This is certainly not the time to listen to those who say ‘follow your heart,'” he said. “Many of you urged me to take the opportunity to make hasty concessions, to rush to an agreement, but I will not establish Israel’s policy on illusions.”