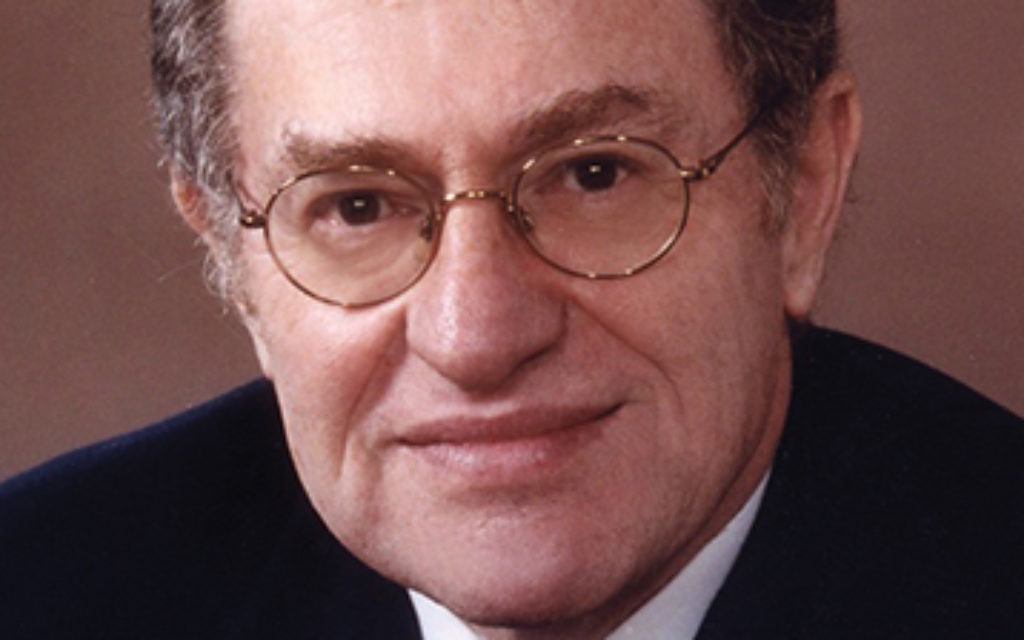 In a bid to influence the congressional debate over the Iran nuclear deal “in real time,” former Harvard Law professor Alan Dershowitz has just published, in e-book form, “The Case Against the Iran Deal: How Can We Now Stop Iran from Getting Nukes?” (A print version, from RosettaBooks, is due later this month.) He worked fast — the book was written in 11 days. In it he argues that the deal is “a roll of the dice — or perhaps more aptly, a game of Russian roulette for us and our allies.” We interviewed Dershowitz via email.

Q: Many former members of Israel’s military and intelligence communities say the deal is flawed, but basically a good one, and that it will keep Israel safer than not having a deal. Why are they wrong?

A: I don’t hear many Israeli military experts actually saying that this is a “good” deal, or that President Obama could not have gotten a better deal. What I hear them saying is that this deal may be better than the alternative of now rejecting it. That is somewhat speculative. Congress has now been put to the choice of accepting a dangerous deal … or, by rejecting it, creating what some believe is an even worse situation. That’s why the majority of Israelis think this is a bad deal, why virtually all Israeli political leaders, with the exception of Arab Israel leaders, and why the majority of Americans and a majority of Congress oppose this deal. What we really don’t know is whether this deal is intended to postpone and legitimize Iran developing a nuclear weapon, or whether it is designed to prevent them from ever getting nuclear weapons. Proponents of the deal speak out of both sides of their mouths on that issue. We need clarity before any final decision is made.

You say President Obama gave up negotiating leverage by taking the military option off the table. After two disastrous wars in Iraq and Afghanistan and the U.S. currently bombing ISIS, do you think Americans have the stomach for another Mideast war?

Nobody is advocating war. One reason I oppose this deal is that I think war is more likely under it. What I and Tom Friedman of The New York Times advocated was keeping the military option on the table while we negotiated. As George Washington once said, the best way to ensure peace is by letting your enemies know that you are prepared for war. By taking our major advantage, namely the military option, off the table, we allowed Iran to negotiate as equals. The result was that Iran made President Obama cross his own red lines. Whether the deal is accepted or rejected, the military option should be placed back on the table and the Iranian leadership should be told in unequivocal terms that the U.S. will never allow Iran to develop nuclear weapons.

You say in the book that there are a number of dangerous “unintended consequences” of the deal. What are the most troubling?

That a wealthy and economically strong Iran will allow its leadership to suppress dissent even more than it is already doing and will maintain its tyrannical leadership for many more years. Another is that America’s Arab allies in the Middle East will now see a more powerful Iran and a weakened America and will tilt away from us and towards the mullahs. Finally, an economically strong Iran would be able to allocate more resources to Hezbollah, Hamas and other terrorist groups that endanger America and Israel.

Many observers praise Prime Minister Netanyahu for keeping the Iran nuclear issue front and center. But others believe he has turned Israel into a partisan issue in Congress. Has this been an effective strategy regarding Israel’s relationship with the U.S.?

The issue of American support for Israel remains bipartisan. There will be Democratic senators and members of Congress who are against this deal. The Times disgracefully wrote that members of Congress should not listen to a foreign leader who disagrees with their commander in chief. But Congress is co-equal branch of our government and is not under the command of the president. … Once this controversy is over, bipartisan support will continue.