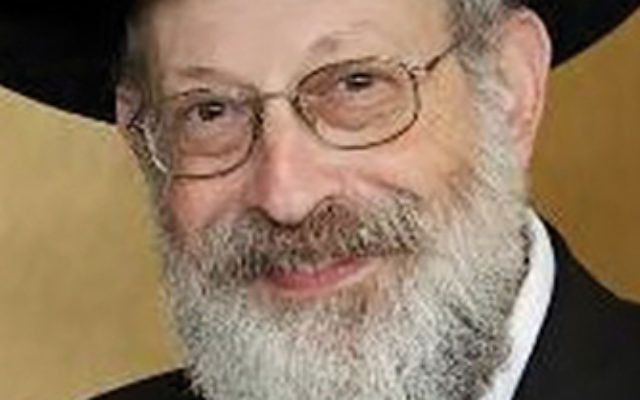 Back in February 2001, an article I wrote for Moment Magazine caused quite a stir. Its thesis was that since the Conservative movement’s claim to halachic integrity was not supported by fact, Conservative Jews who respect Jewish religious law should consider joining Orthodox communities. Understandably, it was disturbing to some. Much of the uproar, however, was likely caused by the incendiary headline Moment insisted on giving the piece. I had titled it “Time to Come Home”; Moment ran it under a large, bold headline reading “The Conservative Lie.”

The article ended up causing some healthy discussion (and, I immodestly add, won an American Jewish Press Association award). It also inspired several Conservative movement officials to call me nasty names. None, though, offered any cogent rebuttal to what I had demonstrated, namely that the process of determining Conservative “halacha” (Jewish law) differed in an essential way from the halachic process of the millennia.

Halacha has always been decided through the objective examination of biblical verses, mediated through the Talmud and legal codes, with a single goal: to discern the Torah’s intention. By contrast, I observed, the Conservative process generally involved first identifying a desired result, and then massaging the sources to “yield” that outcome.

An example I noted was the issue of same-sex intimate relationships.  Although halachic literature, based on verses in the Torah, considers such relations unarguably wrong, contemporary Western society, even at the time, had come to embrace the idea of “alternate lifestyles.”

I predicted that, in the realm of sexual expression, the Conservative movement would soon enough “halachically” approve what halacha forbids in no uncertain terms. In 2006, I was vindicated when the Conservative movement’s Committee on Jewish Law and Standards endorsed a position permitting “commitment ceremonies” between people of the same sex and the ordination as Conservative rabbis of people living openly homosexual lives. Since then, of course, as homosexual activity has come to be celebrated in the larger world, the Conservative legal system has trotted close behind.

It didn’t take any powers of prophecy to discern what I did, only those of observation and perception. And I perceive precisely the same Conservative approach to halacha in what bills itself today as “Open Orthodoxy.”

That stance, though, reveals that the other word in the phrase, “Orthodox,” is deeply misleading. Which is why the Council of Torah Sages, an elite group of widely respected yeshiva-dean elders, has declared that the new movement has no claim on the title “Orthodox.”

Whether the halachic topic being addressed is same-sex relationships, interfaith interactions, kashrut, marriage, divorce or conversion, the desideratum of “Open Orthodoxy” is unmistakably to bring Jewish religious praxis “into line” with contemporary mores. That may not be explicit in the wording of “Open Orthodox” statements or responsa — any more than it was 14 years ago in those of the Conservative movement. But in both cases it is manifest.

In halacha as it has developed over millennia, there are decisions that render permissions and others that yield forbiddances. Tellingly, the Conservative movement’s “halachic” positions are almost exclusively permissive. Ditto for those of “Open Orthodoxy.” In fact, the two movements are, their different chosen names notwithstanding, simply indistinguishable.

Let me stress that I am speaking of a concept here, not people; of theological systems, not the intentions of students who have been attracted to “Open Orthodox” institutions, some of whom are clearly idealists who wish to serve the Jewish people. The problem isn’t those students or their idealism, but rather the proposition they are taught, that halacha is ripe for “updating.” Halacha does indeed take societal developments into account; sometimes they make a difference, sometimes they do not. But the zeitgeist does not determine the halacha.  The accepted elders, the most experienced Torah scholars, of each generation, do. That is itself a premise of the halachic system.

The new movement’s name is a misnomer, a dangerously misleading one. Just as “kosher-style” food isn’t kosher, neither is “Open Orthodoxy” Orthodox. It is neo-Conservatism. Which is why the greatest, most widely recognized, Torah scholars today — and not only those of the charedi world — have rejected its Jewish authenticity.

I take no pleasure in revealing the truth about “Open Orthodoxy.” But truth-in-labeling is not only a civil mandate but a halachic one.

Fourteen years ago, I implored halacha-respecting non-Orthodox Jews to come home to the Judaism of the ages. Today, I experience — apologies to the late Yogi Berra — “déjà vu all over again.” My plea persists.

Rabbi Avi Shafran blogs at rabbiavishafran.com and is a columnist at Hamodia. He also serves as Agudath Israel of America’s director of public affairs.