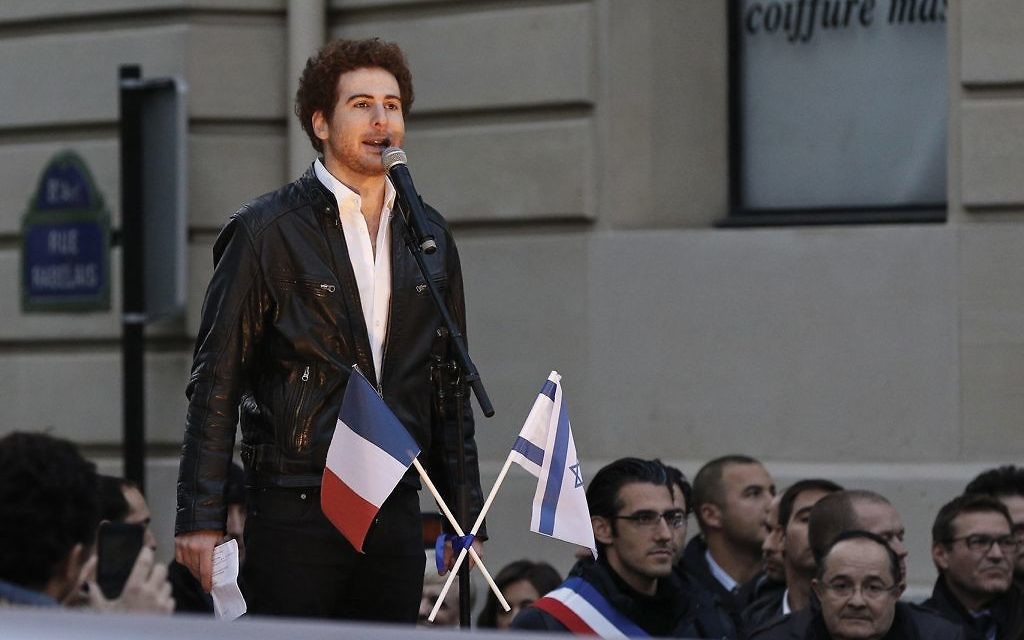 The Jews of France, who have much firsthand experience as the victims of Arab terrorism, rallied this week in support of their brethren in Israel.

More than 4,000 people took part on Sunday in a pro-Israel demonstration outside the Israeli embassy in Paris.

“Israel has a right to exist. When we do not recognize the right of a country to defend itself against attacks with a knife, gun, and cars being rammed into people, it is the same as not recognizing its legitimacy,” Sacha Reingewirtz, above, president of the Union of French Jewish Students, told the crowd, according to Haaretz.

In Rome, some 2,000 people turned out at a demonstration, sponsored by the Union of Italian Jewish Communities, in front of the Israeli embassy. The rally included representatives of both wings of the political spectrum.

A demonstration in Madrid, even in a light drizzle, drew 300 people, some of them holding banners that read, “Yo estoy con Israel,” I am with Israel.

Meanwhile, a Polish court last week found a Polish-Jewish activist not guilty on charges that stemmed from a pro-Israel demonstration he organized last year in Warsaw. Tadeusz Markiewicz was tried on a charge that his rally, during Israel’s war against Hamas terrorists in Gaza, ran beyond its 4 p.m. deadline.

Supporters of Israel weren’t the only ones who took to the streets this week.

In London, pro-Palestinian activists rallied outside the city’s Palestinian mission to protest a rally coordinated by a coalition of Jewish organizations, and an Israeli-owned store was forced to close early because it feared violence from a pro-BDS (Boycott, Divestment and Sanctions) demonstration.