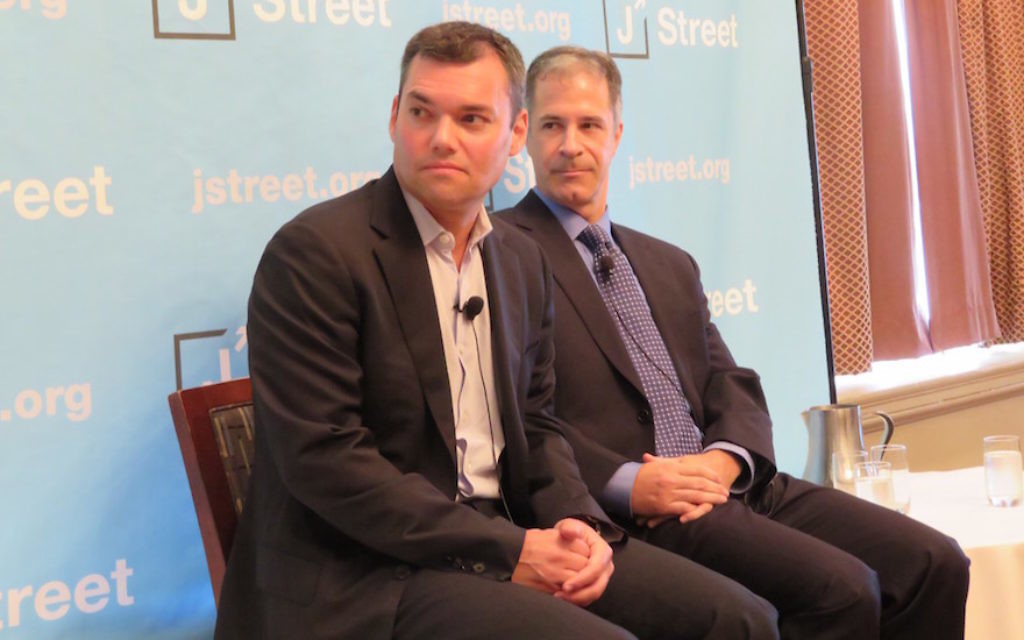 PHILADELPHIA (JTA) — Amanda Renteria, the national political director for Hillary Clinton’s presidential campaign, was running through the campaign’s messages for minorities and women: immigration for Hispanics, land use for Native Americans, various policies for defending children and women.

She didn’t mention Jews in her briefing Tuesday morning for specialty media, and there’s a reason for that: There wasn’t a Clinton issue that was unique to the Jews.

When I asked her to mention some, Renteria looked to Sarah Bard, who directs Jewish outreach for the campaign. Bard acknowledged that targeted messaging was a challenge for Jewish voters, particularly young Jewish voters.

“One of the strongest Jewish values is the value of kehilla,” she said before acknowledging “We do have work to do with millennials.”

Bard also spoke to the power of personalities.

“We had Sarah Silverman on the stage last night,” she said, referring to the headline-making moment when the Jewish comedian told staunch Bernie Sanders backers who were disrupting the Democratic National Convention, “You’re being ridiculous.”

“In light of the recent Debbie Wasserman Schultz scandal, the model for Jewish Democrats should be Bernie Sanders, for transparency and integrity,” he said.

Wasserman Schultz, a Florida congresswoman, was ousted this week from her post as chairwoman of the Democratic National Committee after hacked DNC emails revealed animus by her and her staff to the Sanders campaign.

Kestenbaum was attending a breakfast for the Virginia delegation to the convention to hear about the rollout of a new political action committee, Jews for Progress. Virginia is one of six or seven swing states that Democrats plan to target, where Jewish turnout could make the difference.

By contrast, Brianne Nadeau, 35, a member of the Washington, D.C., municipal council and a Clinton delegate, said Jewish women like herself had looked to Wasserman Schultz for inspiration. She was wary of Sanders-driven talk of dismantling existing structures.

“As a member of the next generation, I want to challenge people who came before me as well as respect them,” Nadeau said.

The Jewish campaign also will include a campus component, Bard said, with a staffer headed to Ohio next week to work campuses there.

She and Renteria, the political director, described an intensely active Jewish campaign, with phone banks for rabbis and community leaders who call one another for support and ideas, and then report back to the campaign on successes and setbacks. There are Jewish house parties for Hillary and meetings of Jewish women. Debra Messing, the “Will and Grace” star who was scheduled to speak to the convention Tuesday night, has appeared at campaign sessions with Jewish women.

Going forward, there would be appeals asking Jews in “safe” states to campaign in swing states, including Florida, Pennsylvania, Nevada, Arizona and Colorado.

But the elusiveness of a single unifying message was evident Tuesday afternoon at a Jewish Round Table organized by Bard. Speakers focused on “tikkun olam,” repairing the world, a phrase that has become a catch-all for the Democratic social justice agenda.

In Bard’s opening remarks, it was clear that Israel, a unifying factor for Jews in earlier elections, was not going to cut it anymore.

“We have no greater ally in keeping the world safe than Israel,” she said, using a one-time surefire applause line that this time was met with silence.

Much of the session focused on the threat posed by Trump’s broadsides against minorities and its recent echoes for Jews.

“This is a scary election cycle,” said Rep. Jared Polis, D-Colo. “We have a candidate nominated by a major party who retweets quotes from neo-Nazis, from Aryan Nation, who uses divisive quotes our people have heard throughout history.”

Speaking earlier at a J Street session, journalist Peter Beinart, who has written extensively about the drift away from Israel among millennials, said Jewish leaders needed to retool. He said the ethos of facing down threats that motivated earlier generations no longer inspires a generation of Jews distant from the Holocaust and born after Israel’s defining wars of defense.

He lauded J Street, the liberal Middle East lobby, and American Jewish World Service, which fights global poverty and defends LGBTQ rights abroad, for tailoring their missions along lines that could appeal to younger Jews. Their approach, Beinart said, recalls the threats Jews once faced and makes them relevant to a generation that has grown up in relative safety and affluence, and with Israel viewed as a regional power.

“They say to young American Jews, ‘You have been given power and privilege because of what your parents sacrificed. Are you going to use that ethically?’” he said.