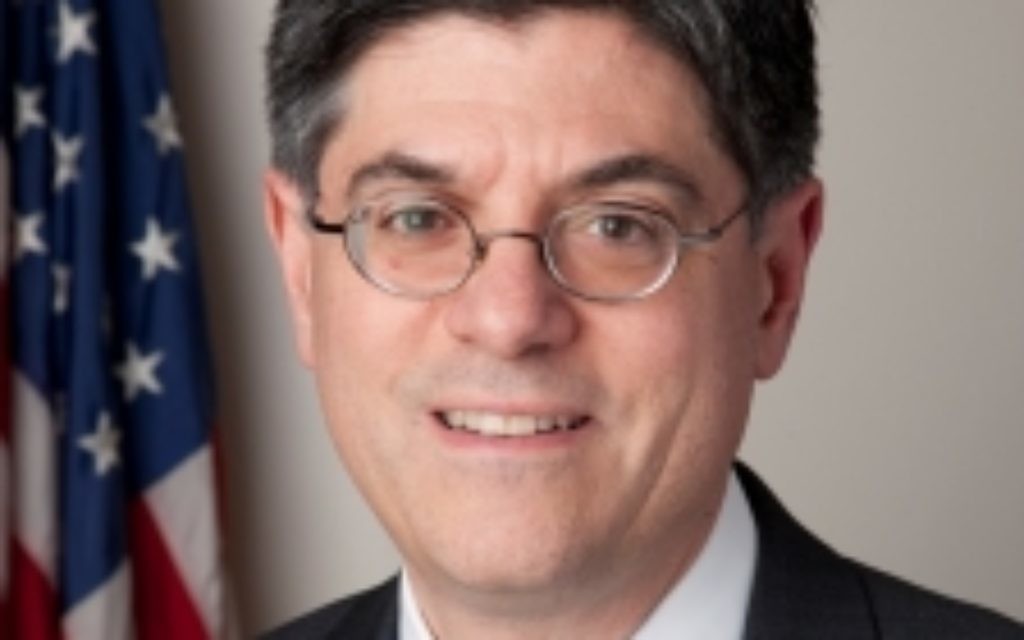 CHARLOTTE, N.C. — After a firestorm of protest from Jewish delegates and Jewish elected officials, the Democratic National Committee on Wednesday voted to amend the party platform to include a provision recognizing Jerusalem as Israel's capital.

Marc Stanley, chairman of the National Jewish Democratic Council, said that he learned that the delegates had approved the platform by affirmation shortly after 6 pm after long day in which changes to the platform occupied much of the press coverage of the convention here and caused discord within the party.

When he had taken his concerns about the changes to Vice President Joe Biden on Wednesday, Stanley said, Biden responded "I'm on it."

Bob Rovner, a former Democratic Pennsylvania state senator said the changes were also the major topic of conversation during a meeting between Jewish elected officials and Jack Lew, chief of staff to President Barack Obama.

“We attacked him on it," said Rovner. Alan Solow, a lawyer, close friend of the president and former chair of the Conference of Presidents of Major American Jewish Organizations, also told people he was pushing to reverse the change.

Stanley broke the news that an amendment had been passed to restore the language at an NJDC meeting in the afternoon, prompting shouts of "Mazel tov!"

Sen. Ben Cardin of Maryland said that while the change was a mistake, it would have no lasting impact on Obama's re-election campaign. "We gave them an opening we shouldn't have given them on Israel," Cardin told The Jewish Week. "I'm glad it has been corretred in our platform."

The removal of the language had caused a firestorm of criticism from Republicans, including GOP presidential nominee Mitt Romney, and Democratic lawmakers in Congress, who said they had been blindsided. Pro-Israel groups also made representations to restore the language.

"Jerusalem is and will remain the capital of Israel," the amendment passed on Wednesday stated. "The parties have agreed that Jerusalem is a matter for final status negotiations. It should remain an undivided city accessible to people of all faiths."

Robert Wexler, a top Jewish surrogate for President Obama's reelection campaign and a drafter of this year's platform, told JTA that the president played a direct role. "The president directly intervened to make sure this amendment happened," he said.

The first two sentences appear in the 2008 platform. The third satisfied longstanding demands from pro-Israel groups that Obama restate his pledge to the American Israel Public Affairs Committee in 2008 that he was committed to an "undivided" Jerusalem.

Antonio Villaraigosa, the Los Angeles mayor who is also a chairman of this year's convention, faced a chaotic floor when he brought the committee's reconstituted language to the full floor. The amendment also restored the word "God" to the platform, subsequent to complaints from some religious groups.

It took three voice votes to pass the language, and although Villaraigosa finally declared a two thirds majority, it was not clear that the amendment got majority support. He got boos.

The Republican Jewish Coalition, the Romney Campaign and the Arab American Institute suggested the opposition — and the subsequent boos — arose principally from the change to the Jerusalem language.

Romney's campaign spokeswoman, Andrea Saul, called the approval of the language "begrudging." Matthew Brooks, the RJC director, said, "to hear delegates on the floor of the Democratic convention strongly voice their opposition to recognizing Jerusalem as the capital of Israel, then boo when the chairman passes the resolution to adopt that language, is a shock." James Zogby, the AAI president, expressed his pride "that so many delegates delivered a resounding no.”

C-SPAN video showed delegates in AAI "Yallah, Vote" t-shirts voting against. But a report on the BuzzFeed news website from the floor described an array of reasons for the opposition. Some delegates objected to the "God" language; others seemed to resent having the resolution forced past them without consideration.

“I didn't get a chance to read it and there was no discussion," John Washburn, a delegate from Georgia, told BuzzFeed. "It was up there for 30 seconds and then it was down. I'm upset with the process. That's why I voted no."

An array of congressional Democrats had complained on Tuesday and Wednesday about the removal of the Jerusalem language, saying they were blindsided.

Sen. Robert Casey (D-Pa.) said he was "angry" when he learned of the omission. "It's wrong," he told JTA, although he added, "these platforms don't have a lot of meaning in terms of the work I do in the U.S. Senate."

Rep. Shelley Berkley (D-Nev.), who is running for Nevada's U.S. Senate seat and who is one of the most steadfastly pro-Israel Democrats in Congress, said to say that she was disappointed was an "understatement."

"I believe with every breath in my body that Jerusalem is the eternal and undivided capital of Israel," she told JTA, but said Obama's record was overall supportive, noting the enhanced security relationship and his efforts to push back in the United Nations against anti-Israel measures.

Campaign officials had said that the language was removed because the overall platform focused on Obama's achievements — in Israel's case, the enhancement of security cooperation and the isolation of Iran.

Few Jewish organizations publicly complained, but privately, the groups made representations. Once the language was changed, AIPAC, the Anti-Defamation League and the Orthodox Union praised the DNC.

"We welcome reinstatement to the Democratic platform of the language affirming Jerusalem as Israel's capital," AIPAC said in a statement. Of both the GOP and Democratic platforms, the statement said: "Together, these party platforms reflect strong bipartisan support for the US – Israel relationship.

The inclusion of "undivided," as it happens, also allowed Democrats to trump Republicans, who have removed that word from their own 2012 platform language on Israel and Jerusalem. The RNC did not return requests for comment on why the word was removed.