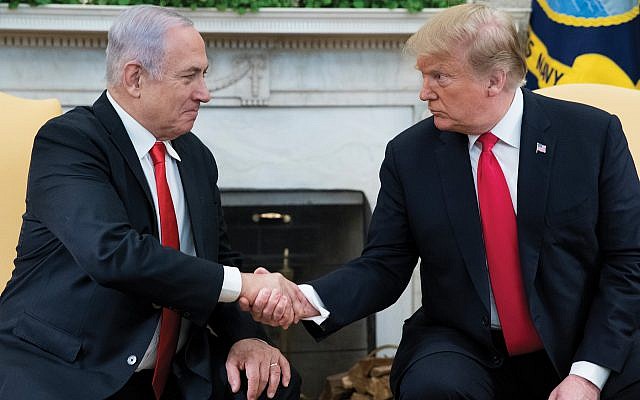 Trump and Netanyahu: Too close for comfort? getty images

As pollsters try to tease out the potential results of an overstuffed Democratic presidential primary field, a portrait is beginning to emerge of what Democratic primary voters — and Jewish voters who comprise an important chunk of that electorate — want in a potential challenger to President Trump when it comes to the Israeli-Palestinian conflict and other issues.

Two new polls — one from J Street, the dovish lobby group, and one from the non-partisan Jewish Electorate Institute — make clear that Democratic primary voters want the United States to be an “honest broker” in the Israeli-Palestinian conflict, and that Jewish voters and Democratic primary voters believe one can be pro-Israel while criticizing the Israeli government.

“People are following the issue [the Israeli-Palestinian conflict], they are supportive of Israel, but they also hold very nuanced views,” said pollster Jim Gerstein of GBAO Strategies, the firm that conducted the J Street poll.

While still eight months away from the first Democratic caucus vote in Iowa, the polls may help define the terms of Democratic debate around Israel. While support for Israel has long been the standard in the party, recent years have seen parts of the party re-evaluating its longstanding positions regarding Israel. The 2018 midterm elections brought several new faces to Congress, some of whom have espoused support for the boycott, divestment and sanctions (BDS) movement targeting Israel or interest in reviewing America’s financial support for Israel.

While the activist wing of the party views its upsets against longtime Democratic members of Congress as a victory over the party’s centrist establishment, the presidential primary may become an even stronger referendum on the direction for the party. While support for Israel may come under scrutiny in that fight, recent polling suggests it is unlikely to determine the outcome. 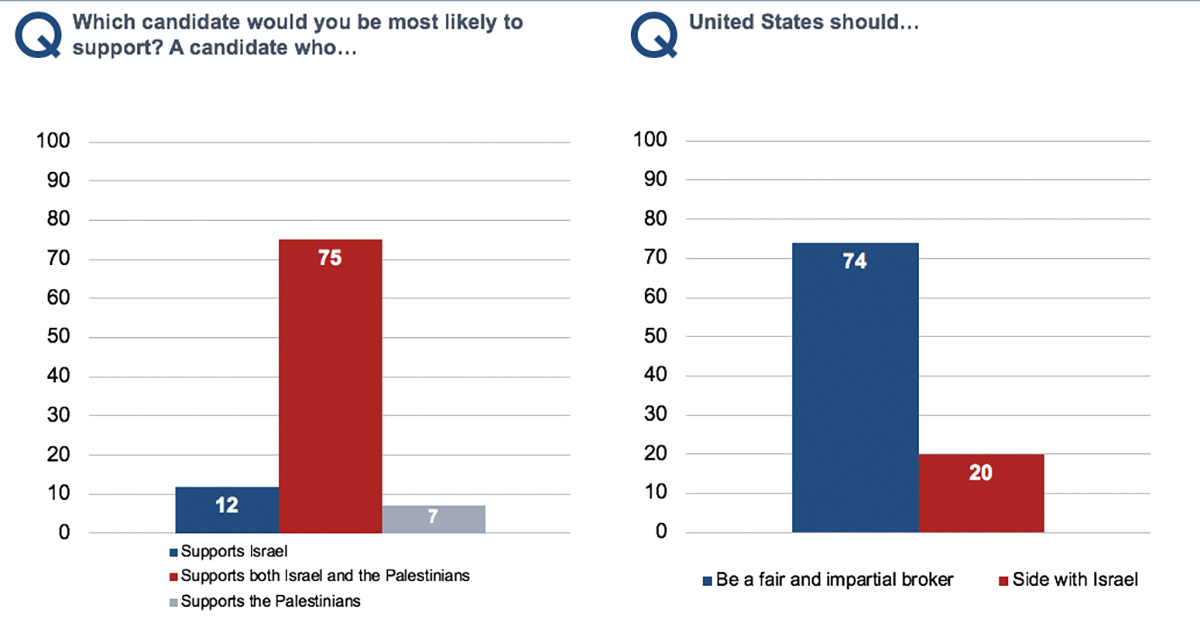 A new J Street poll finds that Democratic voters want the U.S. to play the role of honest broker when it comes to the Israeli-Palestinian conflict. Source: GBAO Strategies

Last week’s J Street poll suggests that Democratic primary voters largely do not prioritize the Israeli-Palestinian conflict in their voting decisions, and that Democratic party voters are more inclined towards a candidate who is viewed as a “neutral broker” between the Israelis and Palestinians than one perceived to lean towards one side.

The survey, which was conducted between May 1 and May 5 via landlines and cell phones and included responses from 800 likely Democratic presidential primary voters, showed that Democrats are loathe to choose one side over the other in the Israeli-Palestinian conflict.

The Jewish Electorate Institute’s poll, which surveyed 1,000 Jewish voters and was conducted online between May 6 and May 12, suggested a similar dynamic. While 90 percent of respondents to the JEI poll identified themselves as pro-Israel, 53 percent of those polled were critical of at least some of Israel’s current government policies, suggesting that pro-Israel voters are not a monolith. 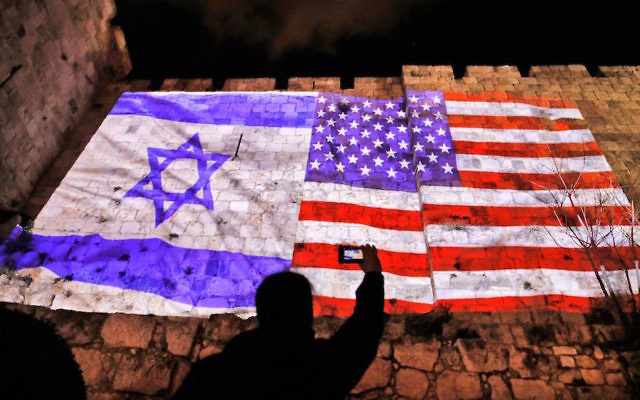 “This poll helps to define a new playbook for Democratic candidates on Israel and Palestine,” said Jeremy Ben-Ami, J Street’s president, of the J Street poll in a call with reporters last week. “The preferred position for Democratic primary voters is to find a candidate who recognizes that there needs to be a balance between both sides.” 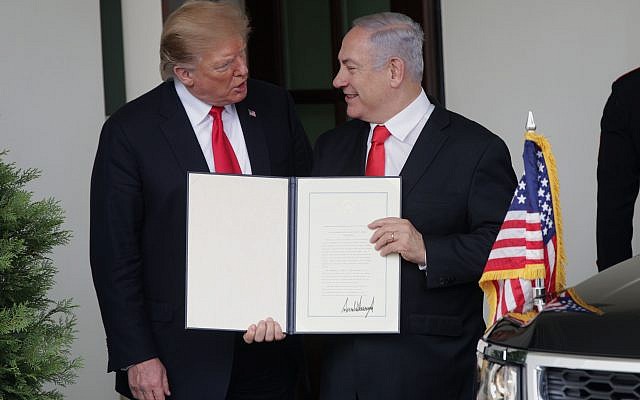 For Jewish voters surveyed by JEI, anti-Semitism may be a more pressing issue when it comes time to vote in 2020. Nearly three-quarters (73 percent) of respondents said they believed the United States is currently less secure for Jews than it was two years ago. When asked whether President Trump was “at least partially responsible” for attacks on synagogues, Jewish voters were less united, with 59 percent saying he bore some responsibility and 41 percent saying he did not. A majority, 71 percent, disapproved of President Trump’s handling of anti-Semitism.

Summarizing the poll, Stan Greenberg of Greenberg Research, which conducted the survey, said, “The results demonstrate that domestic issues dominate the policy priorities of the Jewish community as they determine which candidate to support in the 2020 election, as opposed to issues related to Israel, which remains the lowest policy priority of Jewish voters. The results also demonstrate that the Jewish American electorate remains overwhelmingly opposed to President Trump, motivated largely by the Jewish community’s positions on domestic policy issues.”

J Street’s Ben-Ami emphasized the political risk for Democratic candidates who are aligned with Israeli Prime Minister Benjamin Netanyahu. Netanyahu has cultivated a close relationship with President Trump, even going so far as to name a new settlement in the Golan Heights after the American president. (Many in the Jewish community have hailed President Trump for moving the U.S. embassy from Tel Aviv to Jerusalem, recognizing Jerusalem as Israel’s capital and recognizing Israeli sovereignty over the Golan Heights; liberal groups have pointed out that the unilateral nature of the moves is problematic.)

The J Street poll suggested that the BDS movement — which has been a target of those on the Jewish right and members of Congress from both sides of the aisle — was even less of a priority for Democratic primary voters. When asked about the movement against Israel, 63 percent of voters said they had not heard of it. Among those who said they follow the Israeli-Palestinian conflict, just 6 percent said they had heard “a great deal” about it and 7 percent said they had heard “a good amount” about it. When asked if they supported legislation that would penalize BDS supporters, 61 percent of those who opposed BDS said they opposed legislation to penalize those who boycott Israel.

“Democratic voters do not know what that movement [BDS] is, and the movement has no real support or opposition among Democratic voters,” said Ben-Ami. “BDS is a non-issue and the legislation to combat it is unpopular.”