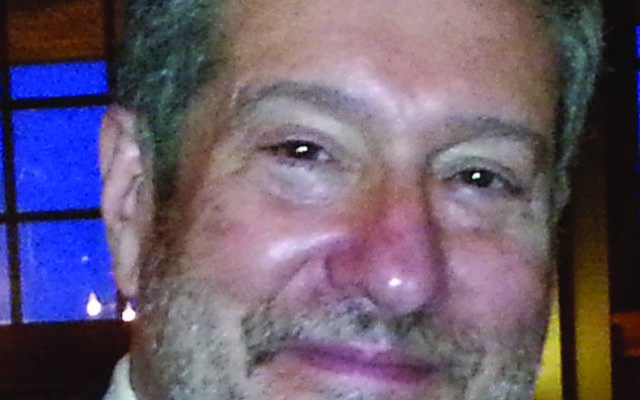 There is understandable concern in the Jewish community these days surrounding the appointment by Sen. Bernie Sanders to the Democratic Party’s Platform Drafting Committee of outspoken critics of Israeli government policies — Jim Zogby, Rep. Keith Ellison, and especially Cornel West.   They are entitled to provide input, of course, but the committee as a whole will determine final language.  That said, the platform drafters would be performing a service if they avoid pandering and assert realistic positions in regard to the Israeli-Palestinian issue.

There was controversy in 2012 when the initial language that year omitted a section on Jerusalem that had been included in the 2008 platform, stating that “Jerusalem is and will remain the capital of Israel.”  The section also observed: “the parties have agreed that Jerusalem is a matter for final status negotiations. It should remain an undivided city accessible to people of all faiths.”  When this section eventually was restored at the party convention in 2012, a chorus of boos could be heard in the convention hall. This should come as no surprise. Research in recent years has shown that those affiliated with the Democratic Party, especially the liberal wing represented this year primarily by Sanders, have increasingly become critical of Israeli policy toward the Palestinians.

Party platforms generally are not considered serious policy documents; they certainly are not in any way binding on administrations. Nevertheless, perhaps this is a useful opportunity to challenge taboos and to get people more comfortable with necessary policy positions if the Israeli-Palestinian conflict is ever to be resolved.

Starting with Jerusalem, the previous language is fine. At the same time, it would not be anti-Israel if, after the reference to final status negotiations, a phrase is added encouraging appropriate consideration to Palestinian aspirations in the city. Past negotiations between the parties have reached agreement on Jerusalem remaining undivided, while at the same time serving as the capital of both Israel and a future demilitarized Palestinian State.  Differences over how to handle the Holy Basin, especially the Old City, were not resolved.

The previous platforms justifiably reject as unrealistic the expectation that final status negotiations should require Israel to implement “a full and complete return to the armistice lines of 1949.”   It would not be anti-Israel if language is inserted calling for negotiations to be “based” on the 1949 armistice lines, with mutually agreed territorial swaps.  That is the formula President Obama and Secretary Kerry urged on the parties, which, reportedly, Prime Minister Netanyahu accepted in the most recent round of negotiations.

The biggest Palestinian taboo relates to the so-called “Right of Return,” which envisions millions of Palestinian refugees and their descendents possessing the right to return to their homes inside Israel proper. This is an unrealistic position.  Palestinian leadership knows it, but won’t say so publicly.  Previous platform language is clear on this issue.  While there should be an international compensation mechanism, the issue of Palestinian refugees, according to the platform, should be resolved by allowing them to settle in a Palestinian state, rather than in Israel.  This point, obviously, must stay.  Moreover, it would be good to encourage the Palestinians to recognize the Jewish people’s right to national self-determination in their historic homeland, while respecting equal rights for all citizens as set forth in Israel’s Declaration of Independence.   Not as a pre-condition to negotiations, but as part of a final agreement.

There also is important existing language about Israeli security and the special relationship with Israel, grounded in shared interests and shared values. This, too, must stay. In addition, it would be a good idea to add an expression of concern about the ongoing concerted campaign to delegitimize Israel and the use of BDS (Boycott, Divestment and Sanctions).  Secretary Clinton has spoken out clearly and strongly about this issue.

Since most observers believe that a comprehensive, conflict-ending agreement between Israel and the Palestinians is not imminent, it might be a good idea to include some suggestions about constructive interim steps. For example, Israel and our Arab allies in the region could be encouraged to intensify their security cooperation in response to shared threats from Iran and radical Islamist groups, and otherwise explore ways of moving toward more normalized relations.  People- to-people programs intended to break down barriers between Israelis and Arabs, especially Palestinians, should be encouraged. The Alliance for Middle East Peace (ALLMEP) is promoting establishment of a major international fund to support such programs, and initiatives that could be referenced in the platform.

What was once regarded as “anti-Israel” is now seen by many as a Zionist imperative.   In the 1988 Democratic Party convention, delegates attached to candidate Jesse Jackson, Jr. sought to insert in the platform language support for “two states for two peoples”—Israel and Palestine. All of the establishment organizations, including my own, successfully fought this effort.  Opposition to an independent Palestinian state then was a consensus position across the board. Clearly, times have changed. Sadly, though, the conflict remains unresolved.