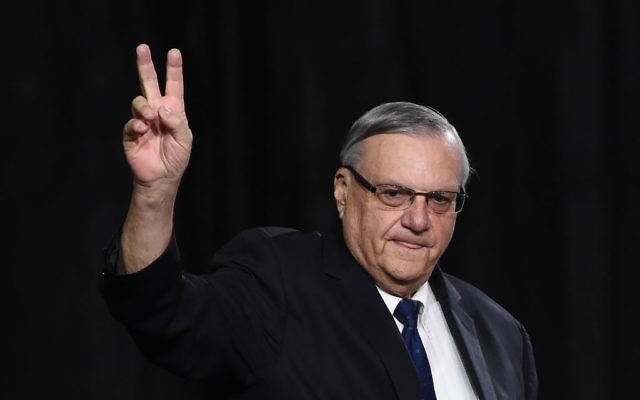 President Trump and his administration have a responsibility to uphold the law, not upend it. The travesty of the presidential pardon of former Sheriff Joe Arpaio of Maricopa County in Phoenix is the culmination of a series of Trump’s attacks on the judiciary that, along with his increasingly aggressive demonizing of the mainstream press, threaten basic American values.

Arpaio, 85, has long been accused of targeting Latinos in Arizona, violating their constitutional rights through the use of racial profiling, and keeping many confined to what he called “concentration camps” — tents in the hot desert. Further, the man the president has praised as “a great American patriot” refused to comply with a federal judge’s order to stop his racist treatment of Latinos. Arpaio also arrested journalists who wrote about his actions.

Convicted of criminal contempt of court for ignoring the judge’s order, he could have served up to six months in jail and was due to be sentenced Sept. 5. Instead, flouting the normal procedure for executive clemency, the president pardoned him even though there was no sign of remorse on Arpaio’s part and no formal request for a pardon.

Unfortunately, the president was acting in a manner consistent with his contempt for the judicial system. During the campaign last year he spoke out against a judge of Mexican descent who was dealing with the Trump University case. Soon after he took office, he referred to a “so-called judge” who disagreed with his travel ban on immigrants. Trump also sought to have Attorney General Jeff Sessions drop the Arpaio case, an apparent obstruction of justice. 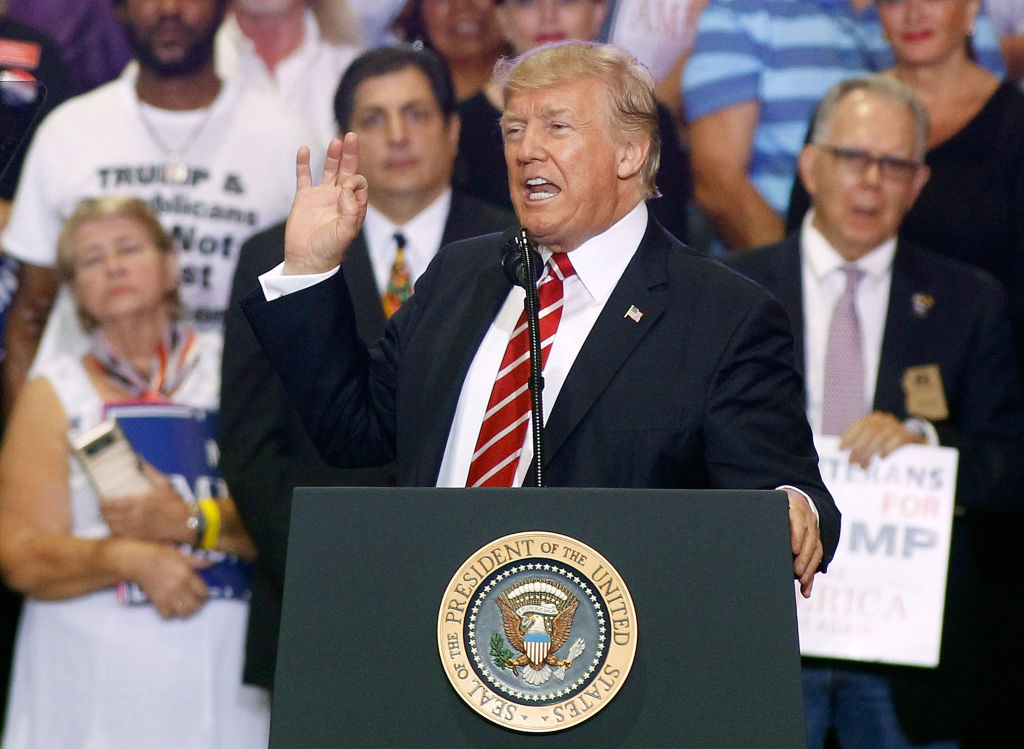 U.S. President Donald Trump speaks to a crowd of supporters at the Phoenix Convention Center during a rally on August 22, 2017 in Phoenix, Arizona. Getty Images

House Speaker Paul Ryan (R-Wis.) stated that he opposed the Arpaio pardon, and Sen. John McCain (R-Ariz.) was more outspoken in saying the action undermined the president’s “claim for the respect of rule of law.” But so far the members of the Supreme Court have not spoken out on what appears to be the president’s lack of respect for the Constitution.

During this time, it should also be noted that the president has ratcheted up his verbal attacks on the mainstream media. His ongoing comments about “fake news” have been supplemented by references to the members of the press as “enemies of the people,” “sick people” and, in the president’s remarks at his Phoenix rally last week, of “trying to take away our history and our heritage.” Trump asserted: “I really think they don’t like our country.”

That sounds to us like incitement. And in the wake of the Charlottesville conflict, it is increasingly possible that journalists could be targeted for violence by those who believe they are acting in concert with the president’s remarks. “It creates an environment in which attacks on the press, both verbal and potentially physical, could become common,” Courtney Radsch of the Committee to Protect Journalists told The New York Times.

We should not need to emphasize that journalists are doing their job when they report the news, as protected in the First Amendment to the Constitution. Media coverage includes pointing out when the president is lying. President Trump’s attacks on the judiciary and the press in his first months echo a dangerous pattern seen in other countries, and in other periods of history, of national leaders who undid democracies. We must be ever vigilant that it not happen here.