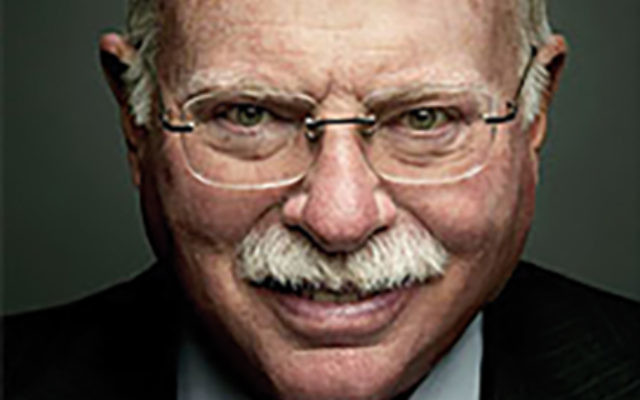 Note: Following is an excerpt from remarks delivered at the Hannah Senesh Day School Gala in April.

What I’m about to say may seem provocative and critical of the day school world, and even your work, but I hope that you understand that my words come from Ahavat Yisrael [love of Jews].

I spent over a decade chairing PEJE, the Partnership for Excellence in Jewish Education. I had great hopes for the promise of day schools, especially pluralistic community day schools that serve non-Orthodox students. I expected growth in penetration of the non-Orthodox market.

We spent our first five years helping to launch nearly 60 new schools or school programs across the country. I understood that a day school education gives a young person the literacy skills and sense of Jewish connections that increase their chance of ongoing Jewish involvement.

While not a causal study, a 2007 Brandeis survey shows that while 70 percent of non-Orthodox Jews who had completed at least six years of day school said, while in college, that they are committed to Jewish life, only 45 percent who didn’t attend day school felt that way.

So, yes, I support the idea of Jewish day schools, and I have invested in them. But alas, after many years of trying, data shows that the percentage of non-Orthodox children attending day schools may be as low as 3 percent. The absolute number has declined and declined.

According to Marvin Schick’s Avi Chai study, two years ago it was 33,000. Ten years before that it was 40,000. And this is out of over one million school-age non-Orthodox kids. This is something we all should ponder.

We take pride in the disproportionate number of day school graduates who go on to Jewish professional life, becoming rabbis, educators and organizational leaders. But should that be a point of pride, given the poor showing, writ large, of the accomplishments of Jewish professionals in making Jewish life compelling for the vast majority of American Jews? Have we simply created non-Orthodox leaders who can replicate themselves but not lead the broader progressive community?

I know many have been struggling with the issue of declining day school participation by non-Orthodox families. Most attribute the results to affordability, but there are more important factors. Jewish immersion experiences, where traditional religious elements define the environment with a certain parochialism, have become a foreign proposition to the vast majority of American non-Orthodox Jews. Too many contemporary Jews view the prospect of sending their children to an exclusively Jewish school for full-time education as a step backward in their American engagement, regardless of the cost.

We need to find a way to reverse this trend. We need a cadre of non-Orthodox Jewish leaders who are able to think broadly about how to engage the rest of the community. But, even more importantly, we need a critical mass of next generation Jews who have Jewish literacy skills and are steeped in Jewish culture, while at the same time have the knowledge and creative spirit that will enable them to be secular achievers.

My simple proposition is that day schools can neither attract a larger group of students, nor fulfill their mission of preparing the next generation of Jewish achievers, if they don’t balance Jewish and secular education. They can’t, as well, succeed if they don’t create Jewish pride, again both in Judaism as a religious tradition and as a community that has disproportionately excelled in a large range of secular pursuits. We are accustomed to excellence and extraordinary achievement. This is so because we are the inheritors of a modern Jewish history unique amongst the peoples across the globe.

Sadly, the history and the pride that comes from understanding Jewish achievement in the modern age is mostly absent from traditional venues of Jewish education, including day schools. In the vast majority of our educational establishments, when children learn about Jewish heroes, these are almost exclusively figures from the biblical and rabbinic periods.

How many Jews can recite the names of Salk and Sabin? Ernst Chain? Adam Reiss and Saul Perlmutter? Besides maybe Einstein, they don’t learn about the cadre of Jewish physicists whose work was the foundation for the nuclear era.

Jews are two-tenths of 1 percent of the world population but represent 20 percent of Nobel Prize winners.

Our story cannot be limited to a tale of rabbis, Jewish institutions and denominations. Our full story reflects the fact that from the beginning, Jews have embraced opportunities to contribute to the greatness that is the American experiment.

It is no accident that Jews have excelled in America. Many reasons have been offered for our success: Jewish genes, being immigrants, living under the protection of American liberty. But Jewish values — taught by Jewish schools and by parents — have also been critically important. Day schools are the home of Jewish values and we need to teach them — not as a subject divorced from the modern world, though, but integral to it.

One way to ensure that the teaching of religious and secular content is integrated is to tell our children the story of modern Jewish heroes — not just the fighters for Israel, but the Jewish scientists and doctors who are warriors in the battle against cancer. Teaching about an arcane religious supernaturalism perhaps has a place, but if this is the sole focus of Jewish parochial education, it will be irrelevant to the majority of us who want to hear a Jewish story that aligns with the cutting edge of the world that we aspire to, that we know we are capable of. American Jews want a story that speaks of who they are and can be in the real world.

Michael Steinhardt is chair of The Steinhardt Foundation for Jewish Life.