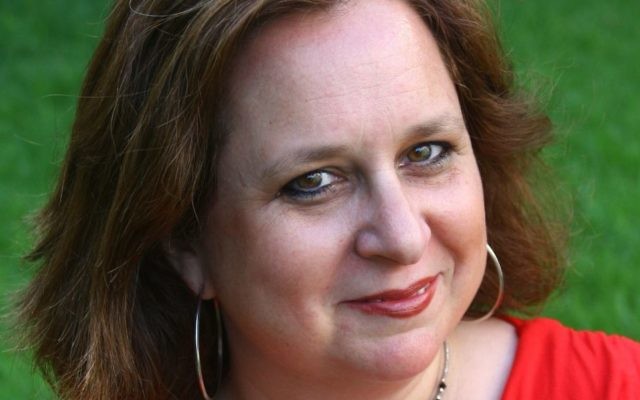 When my daughter was in kindergarten, her teacher decided that it would be nice to get mothers more involved in the class. So she invited us to what she thought would be a fun evening with a stylist who specializes in teaching people how to set their tables more elegantly. I made a futile attempt to explain to this lovely young woman why a women’s-only evening to teach proper table-care was throwing women back a generation or more, and that, by the way, fathers are parents, too.

The teacher could not comprehend how something as innocuous as a get-together for table-setting mothers could be taken as offensive, and I eventually dropped the discussion rather than reduce her to tears. Clearly, this was her first encounter with some basic ideology of the movement for women’s equality.

Jewish feminists have been advancing changes in Jewish communal life for 40 years, yet most of these changes have yet to be seen or heard about in our Jewish day schools especially in Orthodox schools. The gap between our schools and our society is not only difficult for many adults to grapple with, but also presents children with intense conflicts between values they see at home and values they see at school. Schools and educators are in tremendous need for a consciousness-raising conversation about gender messages in schools.

There are many examples of how day schools are behind on gender issues. Take Talmud for example. Despite the plethora of women Talmud scholars, many schools employ few if any women in their Talmud departments. Graduates of advanced women’s Talmud programs often find themselves seeking employment outside of the Orthodox schooling network. Women’s tefillah groups, which have become a staple of Orthodox Jewish life over the past 30 years, are another example.

According to research that my colleague, Dr. Chaya Gorsetman, and I conducted, which was published last week in our new book “Educating in the Divine Image: Orthodox Jewish Day Schools,” (Hadassah Brandeis Institute) there are very few day schools that offer girls regular opportunities for active participation in school prayer, such as reading from the Torah, more than once or twice a year.  The advent of partnership minyanim, where women take equal part in Torah reading and other parts of the service, a trend that has permanently altered the fabric of Orthodox life over the past 12 years, finds no expression in Orthodox schools. Even in early childhood, many schools retain the practice of boy-led morning prayers with girls relegated to jobs such as choosing songs or distributing prayerbooks.

‘The gap between gender advances in the community

and gender stagnation in the schools is striking.’

Schools are replete with messages about which gender is in charge of which aspect of Jewish life, with anything ritual-related automatically going to boys. In one coed school, the school-wide model  seder had only boys on the stage — and the principal explained that it was not done ‘on purpose’ but rather because each class had to choose one representative and every class ‘happened’ to choose a boy.

The stark gender messages of exclusive male leadership and female passivity are troubling and archaic, and demand attention. And the gap between gender advances in the community and gender stagnation in the schools is striking.

Jewish schools are also frighteningly inattentive to 20 years of research on gender issues in education. Ever since the AAUW published its seminal report on gender in education, the 1992 book “How Schools Shortchange Girls,” schools around the country have engaged in programing interventions to encourage girls in STEM (science, technology, engineering and math) subjects. Yet, very few Jewish schools do the same. In fact, our research found a five to one ratio of boys to girls in advanced classes in physics and computers, as well as an overwhelming male domination of after-school programs in subjects such as chess and computers. An even wider gap between girls and boys was found in reverse, in arts and humanities classes where girls dominated — in some cases a ratio of 13 to 1, girls favoring boys, in art and art history. Despite all the research and media attention surrounding gender issues in education, Jewish day schools seem to inhabit their own world, where these crucial conversations barely have a faint echo.

The 8th International JOFA Conference on Gender in Orthodoxy, which will take place on December 7-8 at John Jay College in Manhattan, hopes to address these and other issues connected to gender issues in Jewish education. The conference includes a special track for day school educators, where participants can hear about these issues from experts in the field and connect with like-minded colleagues about how to advance gender equity in their school. Chaya and I will also be presenting some of the findings from our research. I highly recommend that educational leaders and professionals make sure to send key staff members to this conference. There are scholarships and travel subsidies available for educators.

Dr. Elana Maryles Sztokman is the Executive Director of JOFA, the Jewish Orthodox  Feminist Alliance, and the author most recently of Educating in the Divine Image: Gender Issues in Orthodox Jewish Day Schools (Hadassah Brandeis Institute, UPNE, 2013), co-authored with Dr. Chaya Rosenfeld Gorsetman. For more information about the Educators’ Track at the JOFA conference, go to www.jofa.org or email jofa@jofa.org.