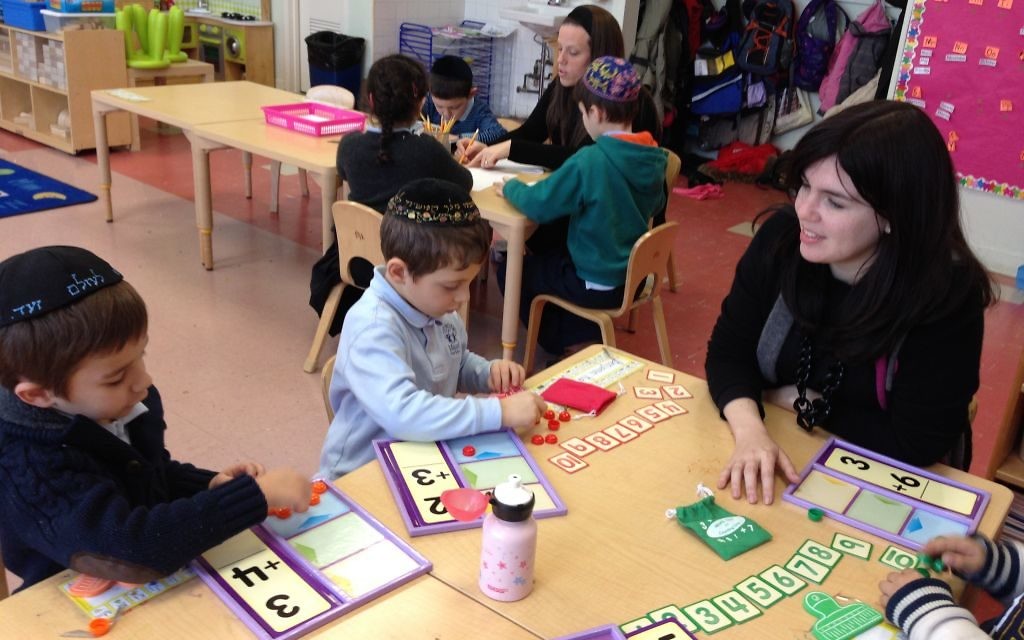 In a major restructuring of the Jewish day school organizational world, five national groups that run a range of educational and programming activities for day schools have agreed to merge into a new, and potentially more effective, entity, The Jewish Week has learned.

The merger, estimated to be completed this summer, could result in a cost savings of $1 million (as well as some job losses). It consolidates the work of PARDES (Day Schools of Reform Judaism), PEJE (the Partnership for Excellence in Jewish Education), RAVSAK (The Jewish Community Day School Network), the Conservative movement’s Schechter Day School Network, and the Yeshiva University School Partnership (YUSP). Collectively, the organizations serve about 40 percent of the day school students nationwide.

According to sources close to the deal, the reorganization comes, in part, at the urging of major philanthropists who are said to be tired of funding the denominationally driven groups individually and are seeking a more streamlined way of offering support.

In addition, there is a sense that community day schools and those operated by the liberal denominations are facing a difficult future in terms of enrollment around the country. (Torah Umesorah, a major network of Orthodox schools, is not part of the merger, presumably for its ideological stand against interdenominational partnerships.) A single and central entity is seen as having a greater presence in the community in serving and advocating for day schools.
The deal has been in the works for more than a year, sources say. Much of the negotiations among the five groups have focused on how to offer a more unified vision and presence to the community while allowing each organization to continue to work on its own areas of expertise. That includes serving schools from the different religious streams.

“This decision recognizes that a combined day school organization … will more effectively meet the diverse needs of the local schools by pooling the talent, expertise and resources originally dispersed among its founding agencies,” according to a statement issued on Tuesday on behalf of the still nameless organization, which is being temporarily identified as NewOrg (newjdsorg.org).

“The new organization will offer an expanded set of programs, services and networking opportunities to benefit the more than 275 schools and close to 100,000 students currently served by these separate groups,” a press release stated. Those numbers have declined somewhat in recent years.

“They are not putting themselves out of business; rather they are merging their core work,” said Yossi Prager, executive director of the North America section of Avi Chai, a strong advocate and supporter of day schools that served a key role in brokering the deal. Over the last year Avi Chai has funded extensive focus groups and a feasibility study of the new organization and has begun a search for a CEO to head it.

The initial board of directors will be composed of representatives of the five organizations and Avi Chai, plus several outside members.

‘A Model For The Community’

While some observers no doubt will see the planned move as an act of desperation by the national day school organizations, the key players say it is more a mix of idealism and realism. There was initial concern among the groups about working together and losing their separate status, but leaders of the five groups felt the potential outweighed the concerns. They expressed optimism about the imminent merger.

It will “help elevate the field of Jewish day schools to the center of national Jewish conversation,” said Jon Mitzmacher, executive director of Schechter Day School Network, who called NewOrg “a huge win-win for Schechter and the field.”

Jane Taubenfeld Cohen, executive director of the Yeshiva University Institute for University-School Partnership, said, “Our schools can be served even better through this new model” through shared resources.

Idana Goldberg, co-executive director of RAVSAK, said one the major points of discussion was how to become a transdenominatonal body while assuring that everyone's unique needs continue to be met. "There is trepidation but we are looking forward, thinking of the future." She expressed pride that RAVSAK's leadership acted with "integrity and seriousness" in opting to "put the work" of fostering excellence in education "above us."

According to Michael Bohnen, board co-chair of PEJE, “This effort should serve as a model for the Jewish community, showing that one strong organization can be more effective than the sum of its parts and that various segments and streams can work together in common cause.
“Whereas schools today are limited to what they are offered as members or affiliates of one or two organizations, they will soon have access to comprehensive, leading-edge offerings,” Bohnen continued.

The heads of a cross-section of affected day schools reacted positively to news of the pending merger.

“I’m thrilled,” said Rabbi Ari Segal, head of school at Shalhevet High School in Los Angeles. “There’s just too much redundancy” among education organizations serving the Jewish community, he said. “There’s not only the cost-savings” involved, “but this will increase the quality of the education.

Nora Anderson, head of school at the Carmel Academy in Greenwich, Conn., said the merger would help participating day schools, “regardless of affiliation. In Jewish education we have a common mission. … To be able to offer the services, and sharing resources that a united organization can offer, is extraordinarily exciting.”

Anderson did say, though, that she worries she may lose the personal contacts at RAVSAK that she has built up during more than a dozen years in the field.

Marvin Schick, an expert in the area of day school education, had mixed feelings about the move. “I think it’s a good idea — because you eliminate duplication and overlap and competition,” said the senior advisor to Avi Chai. “Every time you reduce the number of Jewish organizations, it’s a good thing.”

But Schick, who was not involved in the brokering process, doubted that the merger would result in immediate benefits. “I don’t know if it can be translated into greater enrollment or greater financial strength.”

‘To Better Serve The Field’

Scott Cotenoff, senior manager of La Piana Consulting, which has coordinated NewOrg’s self-study for the last year, said in an email interview that, “unlike most mergers in the for-profit sector — for which the ability to create efficiencies that result in cost savings is the central success metric — nonprofit mergers are successful first and foremost when the work of the merged organization enables greater impact, and when the ability to sustain that impact over time is strengthened, for example through a stronger and more diversified funding model.”

The reorganization “is not a cost-saving enterprise only,” Avi Chai’s Prager said. “The idea was not to have a pared-down organization. The idea was to better serve the field.”

The total number of people now employed full-time by the five organizations is 38, and the projected figure at the new organization will be “roughly comparable,” according to Prager, though there may be terminations and hires.

Some programs offered by the new organization will be likely to appeal to the range of participating schools, which range from Reform to Orthodox, while others may be of interest to a small number of schools. “The new organization will identify those activities that can be provided across religious affiliations,” according to the press release, “and in other cases, deliver programs and services that may be denomination or affiliation-specific.”

The new organization “is committed to … supporting a vibrant, visible and connected Jewish day school field,” the press release stated. “It will work directly with schools, cohorts of schools, and individual professional and lay leaders to strengthen skills and build capacity in areas of teaching and learning, leadership, governance, affordability, recruitment, retention, fund development and endowment building.”

Prager said he did not know of a precedent in the Jewish community where several organizations in effect closed down at the same time to emerge as a single organization. And he acknowledged that the five organizations are taking a calculated but serious risk in joining up.

As for measuring success down the road, observers say they will look for: increases in total enrollment of participating day schools in a few years, a perception that the schools are better serving the needs of their students and making a better case for financial support from the local communities. Equally important, a test will be to see if the schools learn from one another, across denominational lines.