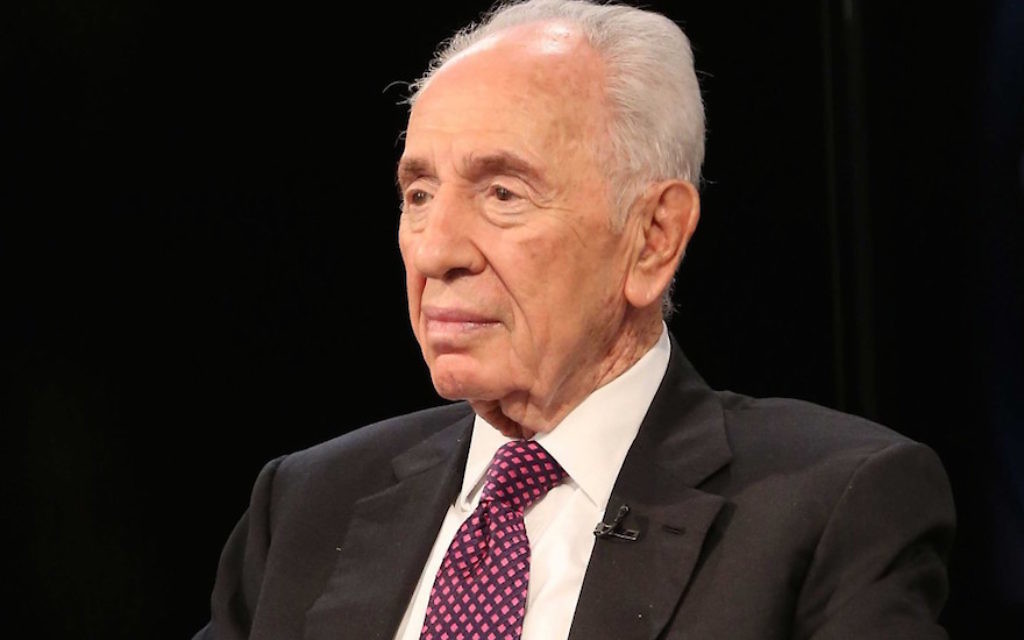 JERUSALEM (JTA) — Shimon Peres was responsive when briefly taken off medications keeping him in a medically induced coma, his doctor said a day after the former Israeli president suffered a stroke.

Peres remained sedated and on life support Wednesday. He is considered in stable but serious condition, with some improvement.

Dr. Rafi Walden, Peres’ personal physician as well as his son-in-law, said Wednesday morning in a briefing that the family was “happy to see that when there was a pause in anesthetic drugs, we realized he was responsive and probably attentive to what we tell him.”

Peres is being kept sedated so that he does not overexert himself, said Walden, a surgeon. It is not yet known how much damage the brain sustained and what the former president’s recovery will look like.

“We call on all of Israel to join us in hoping and praying for his recovery,” Walden said.

Peres, 93, was taken to Sheba Medical Center in Tel HaShomer near Tel Aviv on Tuesday after telling his doctor that he felt weak. A pacemaker had been implanted in Peres a week prior. Peres was diagnosed in July with atrial fibrillation, an irregular heart rhythm. In January, Peres had a heart attack and then cardiac angioplasty to open a blocked artery. He was hospitalized twice more with chest pains.

Peres’ office first said in a statement Tuesday evening that Peres was “stable and fully conscious.” The office later announced that Peres’ doctors decided to sedate him and put him on a respirator as he undergoes medical treatment.

In a statement in front of the medical center on Tuesday night, Peres’ son, Chemi, acknowledged to reporters that “in the coming hours, we will have to make decisions,” and said the family was gathering at the hospital. Peres has two other children: a son, Yoni, and a daughter, Tzvia.

Peres, who retired as Israel’s ninth president in 2014 after more than half a century in public life, including a stint as prime minister, won the 1994 Nobel Peace Prize with the late Israeli Prime Minister Yitzhak Rabin and the late Palestinian Authority President Yasser Arafat.

He has been very active since retiring as president, especially in his work with the Peres Center for Peace, which he founded.

Hours before his stroke, Peres posted a nearly one-minute video on his Facebook page calling on the Israeli public to buy more products made in Israel.

He wrote as his status: “What is a ‘blue-and-white’ product? For me, it is Israeli salad, our wonderful fruits, our excellent industry and our developed high-tech sector. I am proud of Israeli industry.”