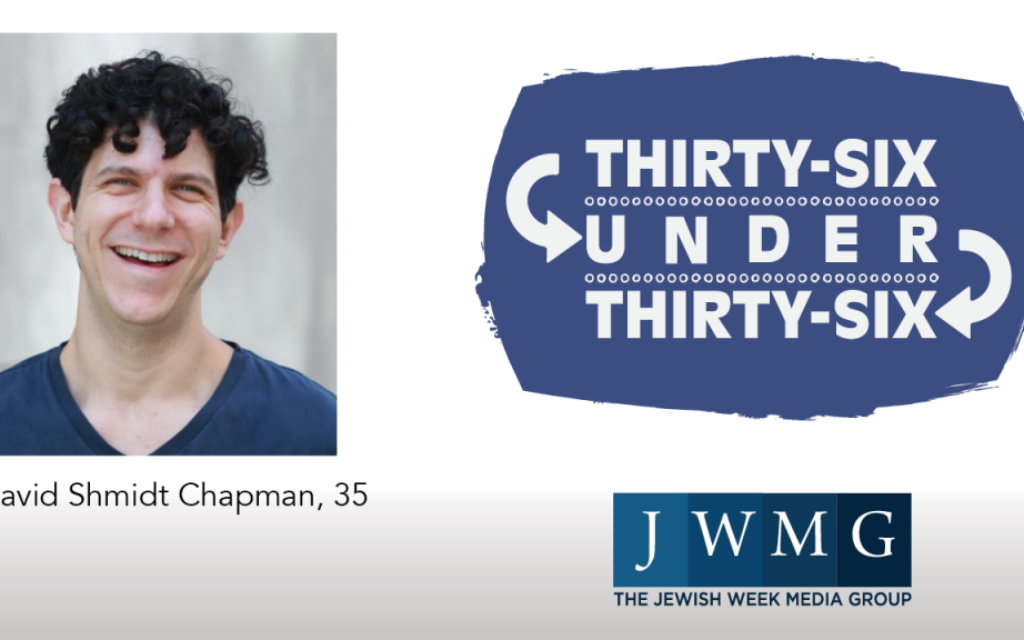 Between 2003 and 2008, David Shmidt Chapman professionally directed and taught theater in Vietnam, Hungary and France. His trips were funded by several competitive scholarships, including a Fulbright.

At the time, he never imagined combining his love of the arts with Jewish culture.

“I didn’t grow up with my eyes set on a Jewish professional career or even expecting to have any active Jewish involvement, necessarily,” said Chapman, today the associate director for Programs and Partners at the New Israel Fund, an organization that supports religious pluralism in Israel. But after moving to New York in 2008, Chapman became interested in how he could use his background in the arts and theater to “explore Jewish community” in the context of “authentic, sincere Jewish engagement.”

Chapman is the founding director of “PEW-ish,” which launched in 2014 in the Loft at Judson Memorial Church in New York. The project features a group of short plays inspired by the ubiquitous Pew Research Center study that details declining Jewish engagement in America; some of the plays offer a direct commentary on the Pew study while others were more focused on personal interpretations of Judaism.

He also created and starred in “Raoul Wallenberg: Letters from Young Men,” a solo play that interweaves selections from Chapman’s childhood diaries and the published archive of the letters of Wallenberg, who rescued thousands of Hungarian Jews during World War II.

After receiving a master’s in nonprofit leadership from Fordham in 2015, Chapman realized he not only had a place within the broader social justice world, but a responsibility to the Jewish community.

“A lot of things I just sort of absorbed from growing up in a liberal home and going to a liberal arts college,” he said. “But [now, I do] those things specifically as [a] Jew … thinking about Jewish tradition, text, wisdom and communal obligation drives those commitments.”

In his current position, Chapman works on all public engagement programs in the New York region. He is also the vice president of Congregation Beit Simchat Torah, the country’s largest LGBTQ synagogue.

“It’s been kinda like an evolution,” he said, “but I’m not sure what’s next.”

Oh, baby! Chapman and his husband recently welcomed his first child into the world. He is the proud father of Elior Samuel Chapman, who was named after relatives, as well as Elie Wiesel.