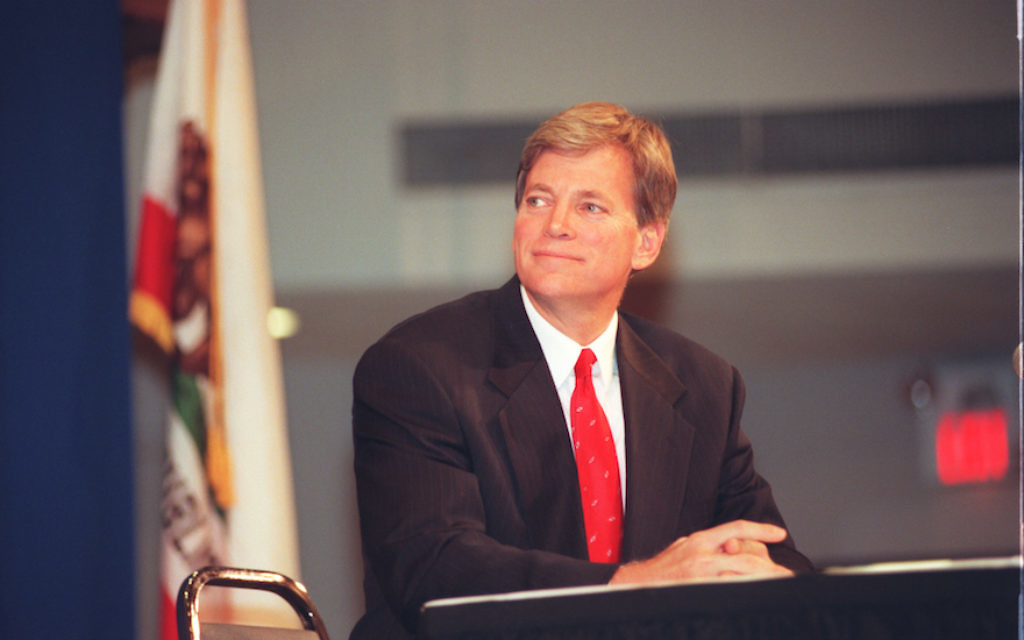 Duke made the statements Wednesday on his radio program, a day after the primary win and the same day Trump’s two Republican rivals, Ted Cruz and John Kasich, quit the race. The remarks were first reported by the watchdog group Right Wing Watch.

“(T)hese Jewish supremacists who control our country are the real problem, and the reason why America is not great,” Duke said during the six-minute rant. “Jewish chutzpah knows no bounds.”

Duke said Jewish bankers are out to destroy America. He also slammed Cruz, a Texas senator, for taking money from a “Jewish leftist commie,” billionaire James Simons, who also gave millions of dollars to the campaign of Democratic front-runner Hillary Clinton.

“The Trump campaign at a whole series of levels is a great opportunity for us to expose the people who really run the Republican Party, who run the Democratic Party, who run the political establishment and who are leading us all to disaster,” Duke said. “Even though Trump is not explicitly talking about European Americans, he is implicitly talking about the interests of European Americans.”

In February, Duke endorsed Trump on his radio program, telling his listeners to volunteer for and vote for Trump.

Trump disavowed the endorsement hours after the “State of the Union” interview, for the second time in three days, after refusing to do so on the program.

Duke is a former Ku Klux Klan grand wizard and white supremacist who has publicly asserted that Jews control the Federal Reserve Bank, the U.S. government and the media.